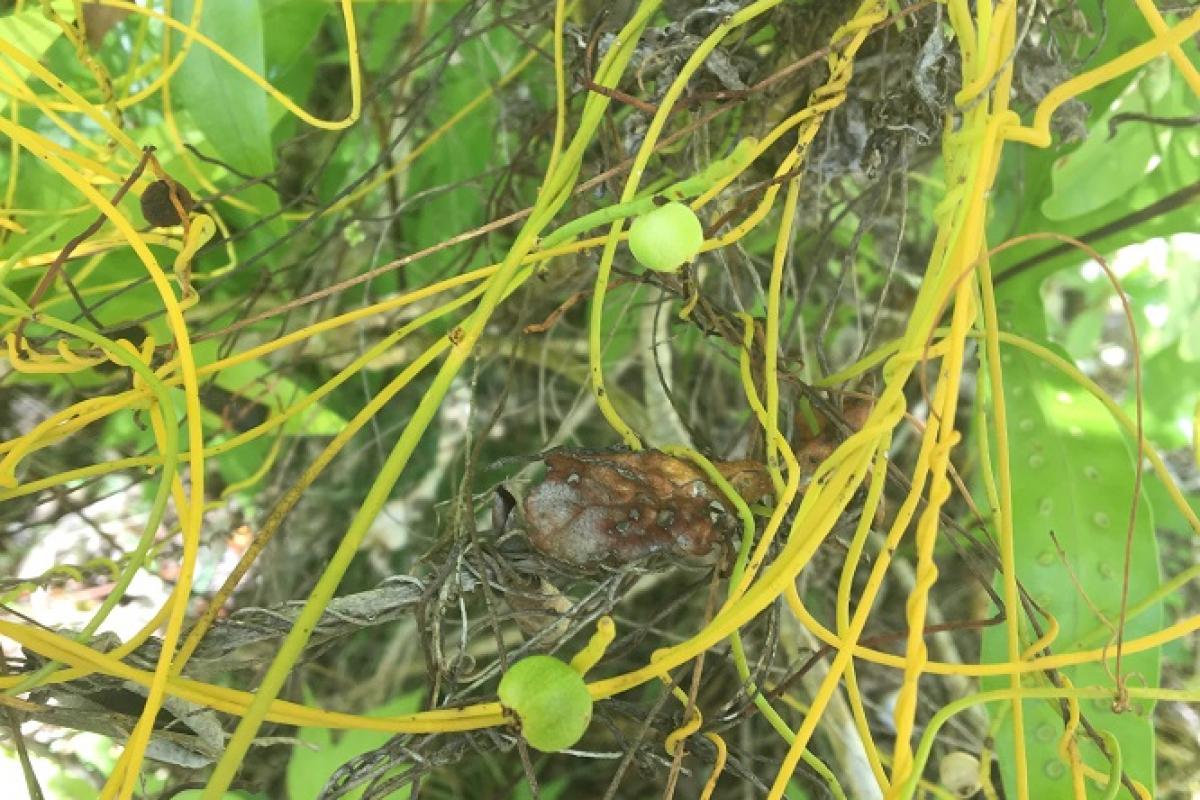 The Taino’a is a pantropical hemiparasite (“hemi” : half / “holo” : total). This means that this plant takes a part of its nutrients by photosynthesis using its own chlorophyll and another part by parasitizing a host through the epidermis using suckers (or “haustorium”). The suckers are small, adhesive structures that allow the Taino’a to extract nutrients from host structures through the cell membrane. After penetration, the suckers develop inside the internal tissue to extract celular nutrients (dissolved minerals) and water. It attacks a large variety of plants, indigenous and endemic species; especially woody species. This includes plants of agricultural and/or economic interest. It is capable of parasitizing a dozen different species simultaneously. The Taino’a is a filiform vine that has small lives who’s color varies between green and orange depending on its exposure to the sun. Its reproduction and proliferation is done through its seeds using birds or strong winds as a vector. In the Tuamotu it is used as a purgative, in the Gambier to treat gonorrhea, in Tahiti mixed with the roots of the Hibiscus tiliaceus against hemorrhoids, and in the Fijian islands the Taino’a is used to treat jellyfish stings.