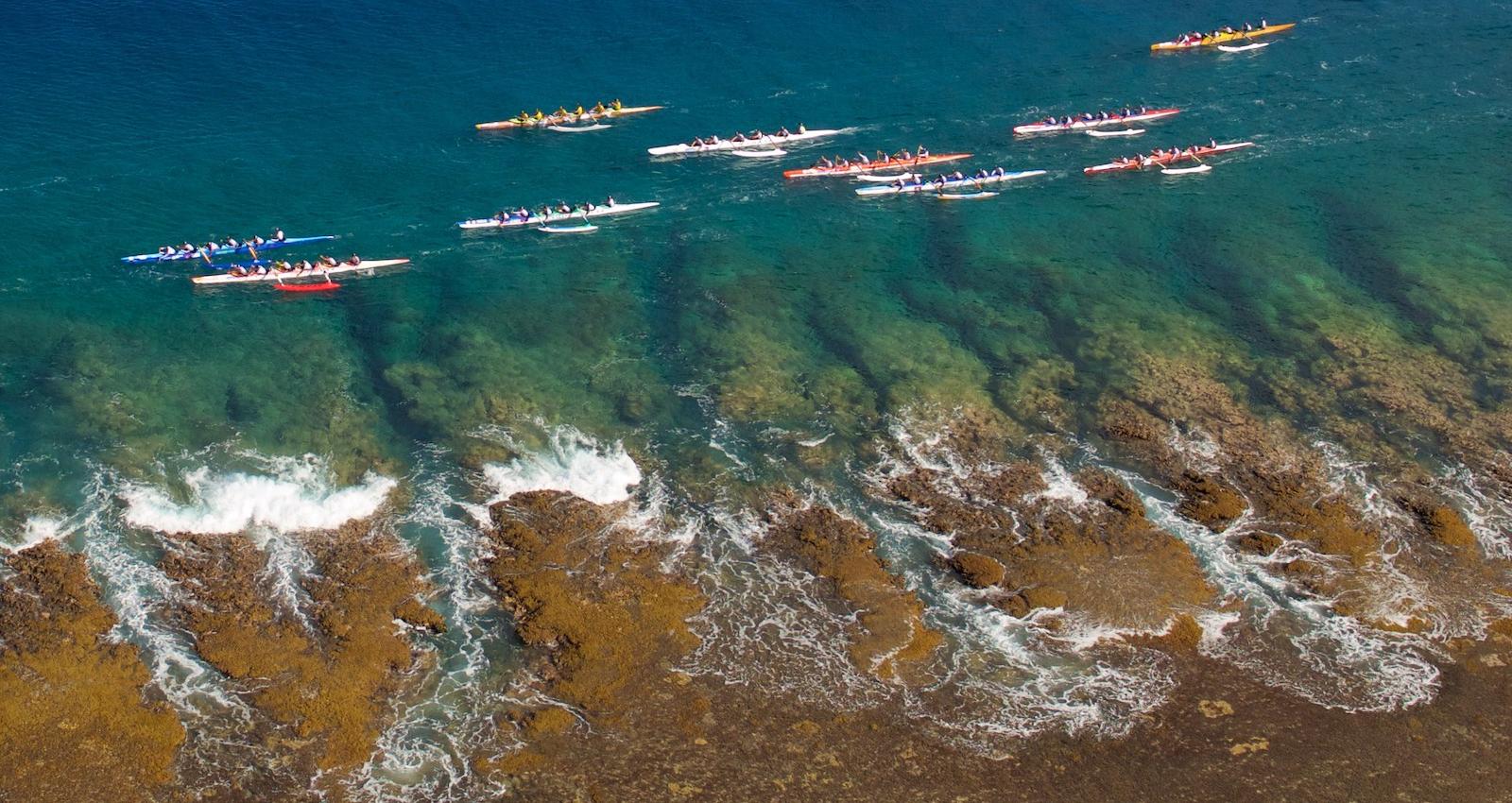 Coral Reefs: Ecosystem of the Decade

Tetiaroa Society has initiated a major conservation program to enhance the health of the reef system that sustains Tetiaroa.

We are at the end of the year and the end of the decade, so we've expanded our Organism of the Month column in both scope and time. This month we are focusing on Coral Reefs as the Ecosystem of the Decade.

This is timely on both a global and local scale, as coral reefs face unprecedented peril around the world from climate change, a fact which has motivated Tetiaroa Society to initiate a major conservation program to enhance the health of the reef system that sustains Tetiaroa. 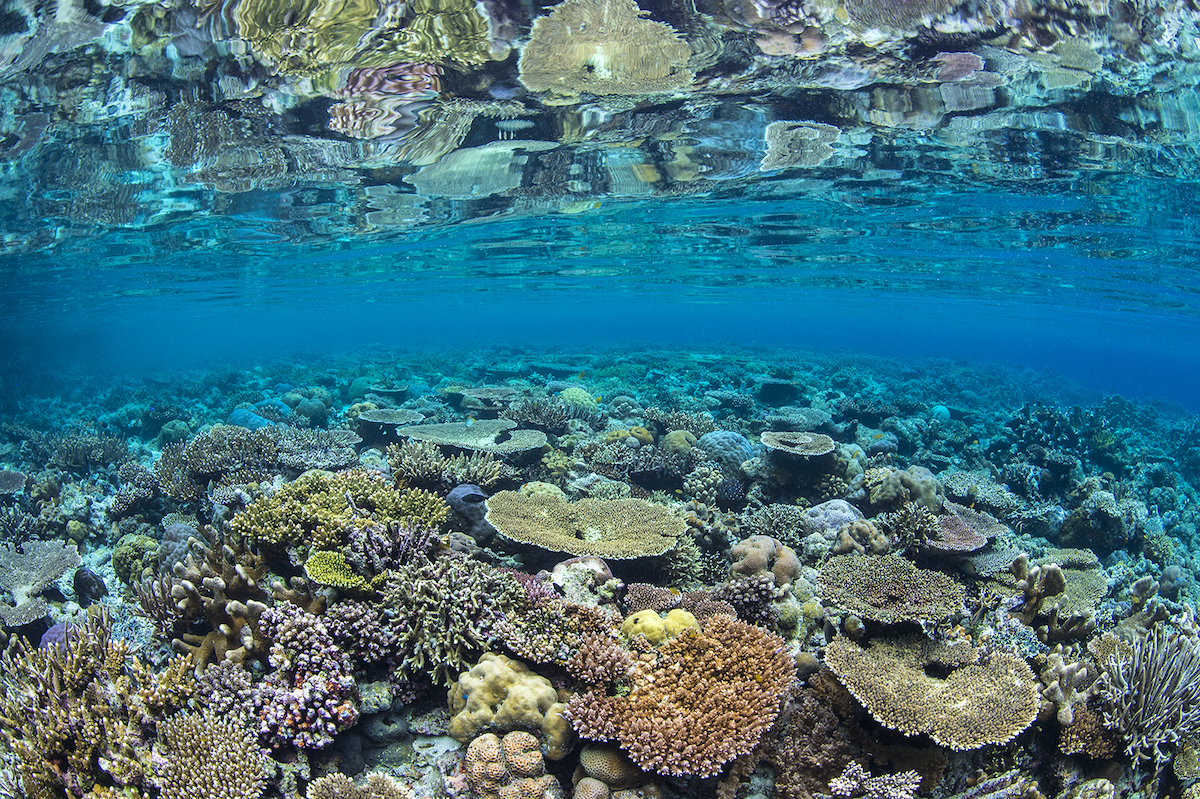 Corals are soft bodied animals in the Class Cnidaria, that also includes sea anemones and jelly fish, and is characterized by animals that have stinging cells on tentacles. What sets corals apart from the other Cnidarians though is that many species secrete a solid exoskeleton made of calcium carbonate. 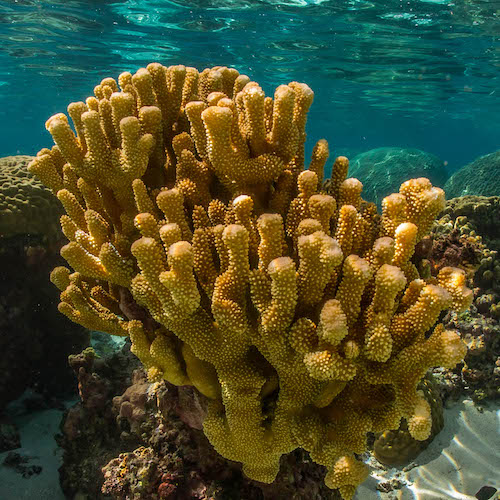 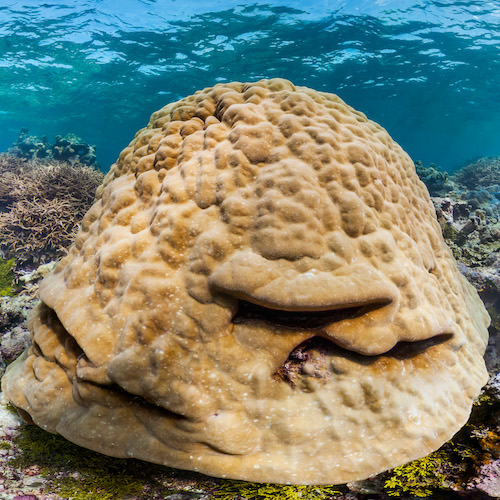 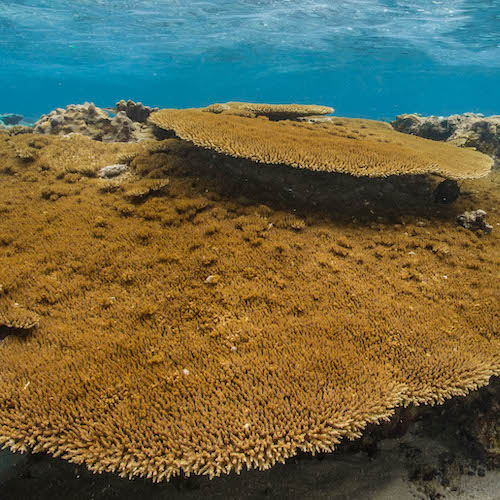 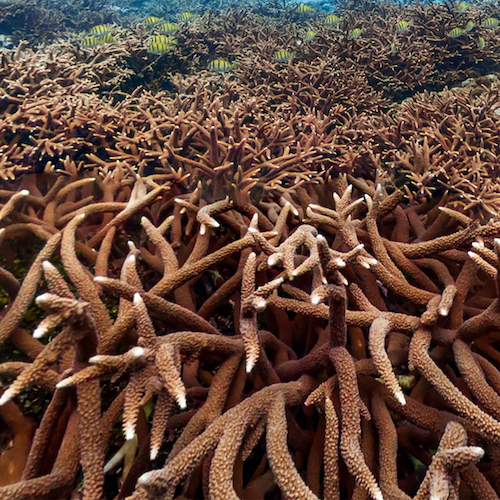 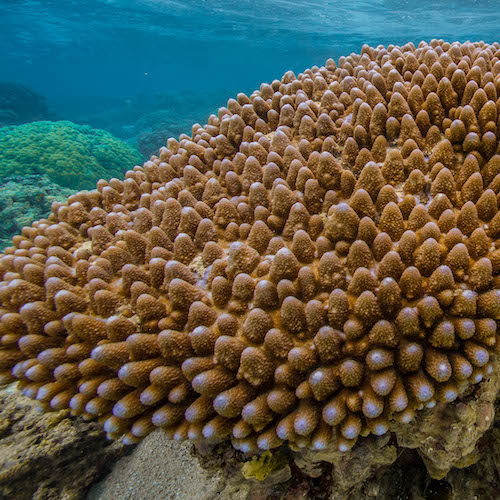 Corals come in a huge variety of shapes and sizes – from massive round forms to delicate branching – and even within species can have a variety of growth forms depending on habitat. There are corals that grow in the deep ocean and in cold temperate waters, and some that have no skeleton (soft corals), but it is the stony corals that grow in warm shallow water that create reefs.

Corals are the foundation of coral reefs, but they are supported by a vast array of interconnected species. This includes coralline algae (algae with a calcium carbonate skeleton), invertebrates (some of them like clams and snails that contribute more calcium carbonate), and a huge variety of fish. The outer surface of the reef is covered by a community of animals and plants, whose skeletons left over as they die are broken up by wave action, reworked and cemented together by chemical processes and form the geologic structure of coral reefs. 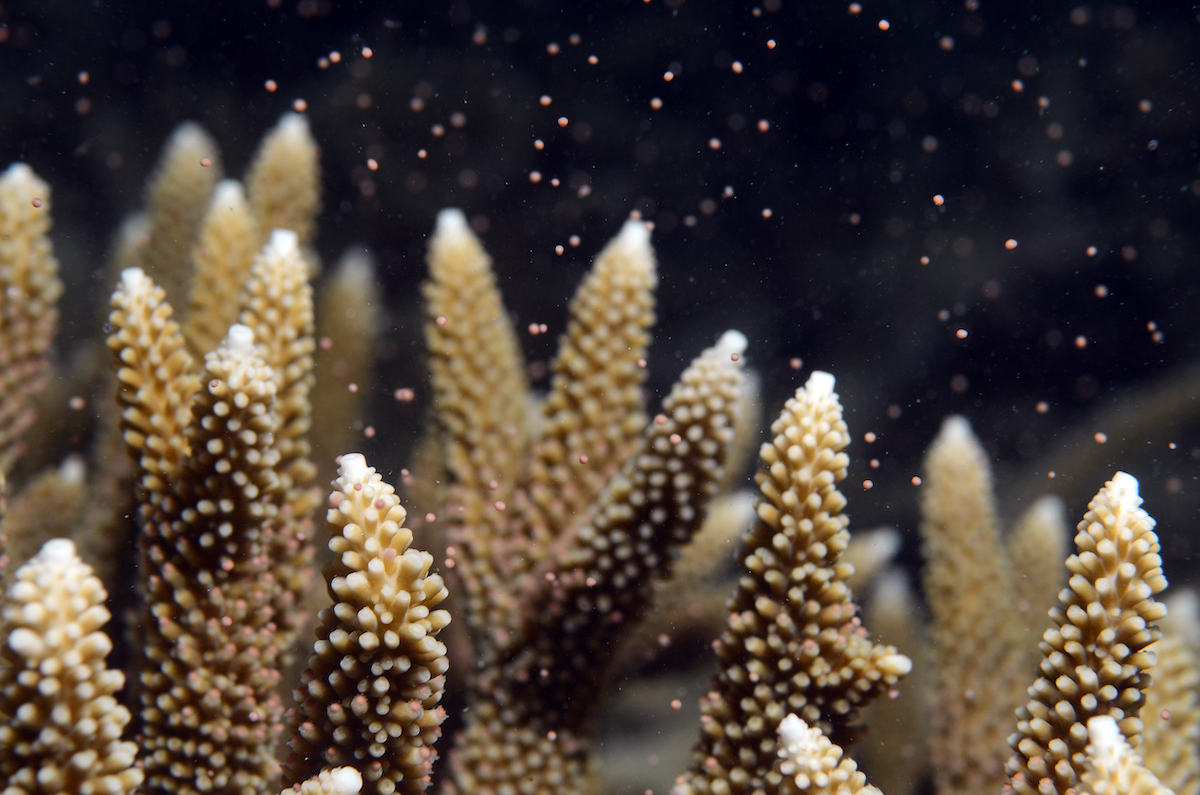 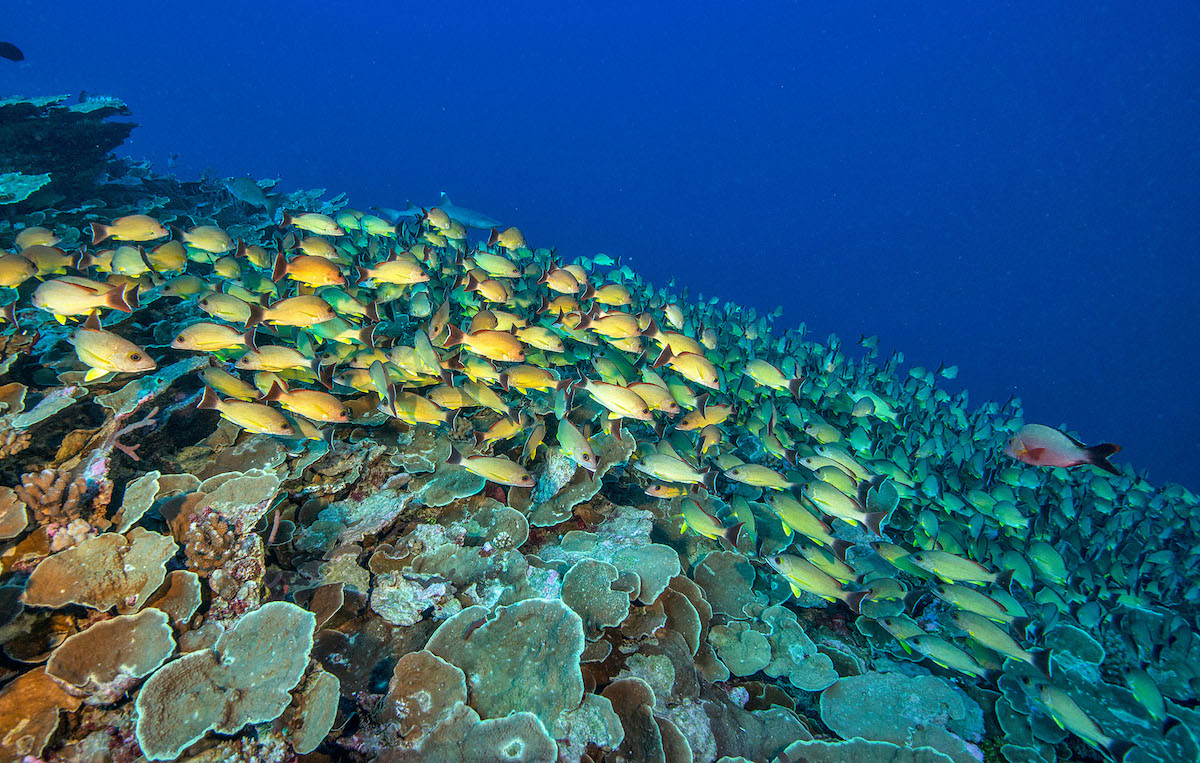 Coral reefs cover less than 0.1% of the ocean floor but support 25% of all marine species – they are among the most biodiverse ecosystems on earth. In tropical waters, that are otherwise very low in nutrients and biodiversity, coral reefs surround islands with a vibrant ecosystem that provides food for local populations. Barrier reefs, as the name suggest, also protect shorelines from oceanic swells.

The island of Tetiaroa, like other atolls is built and maintained by its coral reef. The visible atoll structure of course sits on top of an extinct and eroded volcano.

But all of the present land surface is 100% organic – calcium carbonate sediment created entirely by the organisms of the coral reef. Motu then are completely organic landforms, created and inhabited by a combination of marine and terrestrial organisms adapted to this remarkable habitat. 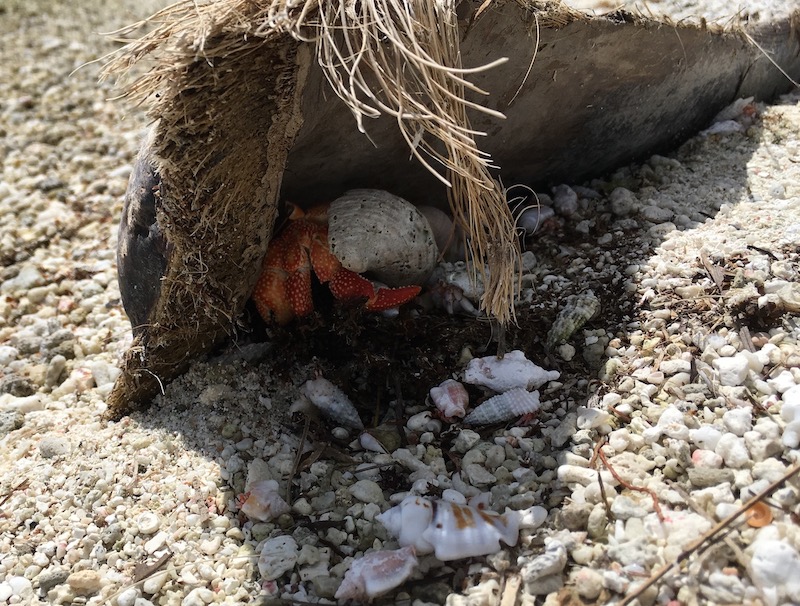 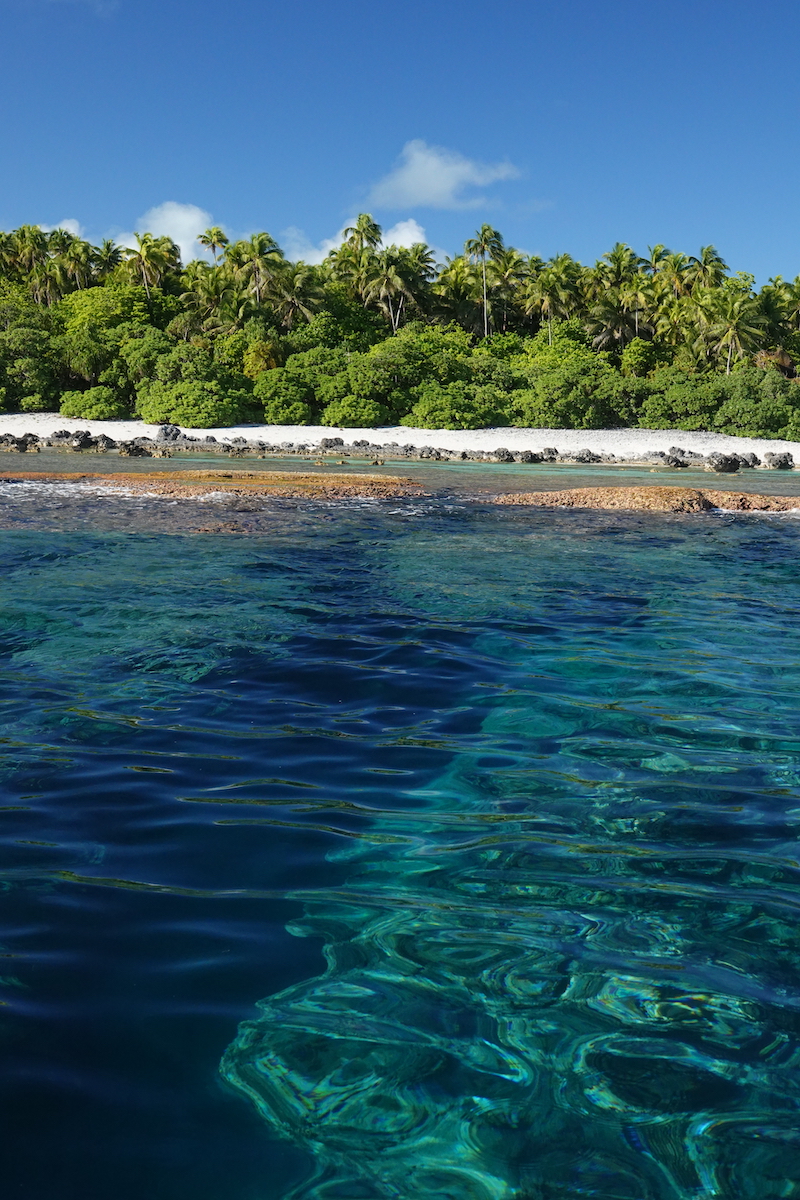 "We feel surprise when travellers tell us of the vast dimensions of the Pyramids and other great ruins, but how utterly insignificant are the greatest of these, when compared to these mountains of stone accumulated by the agency of various minute and tender animals!" 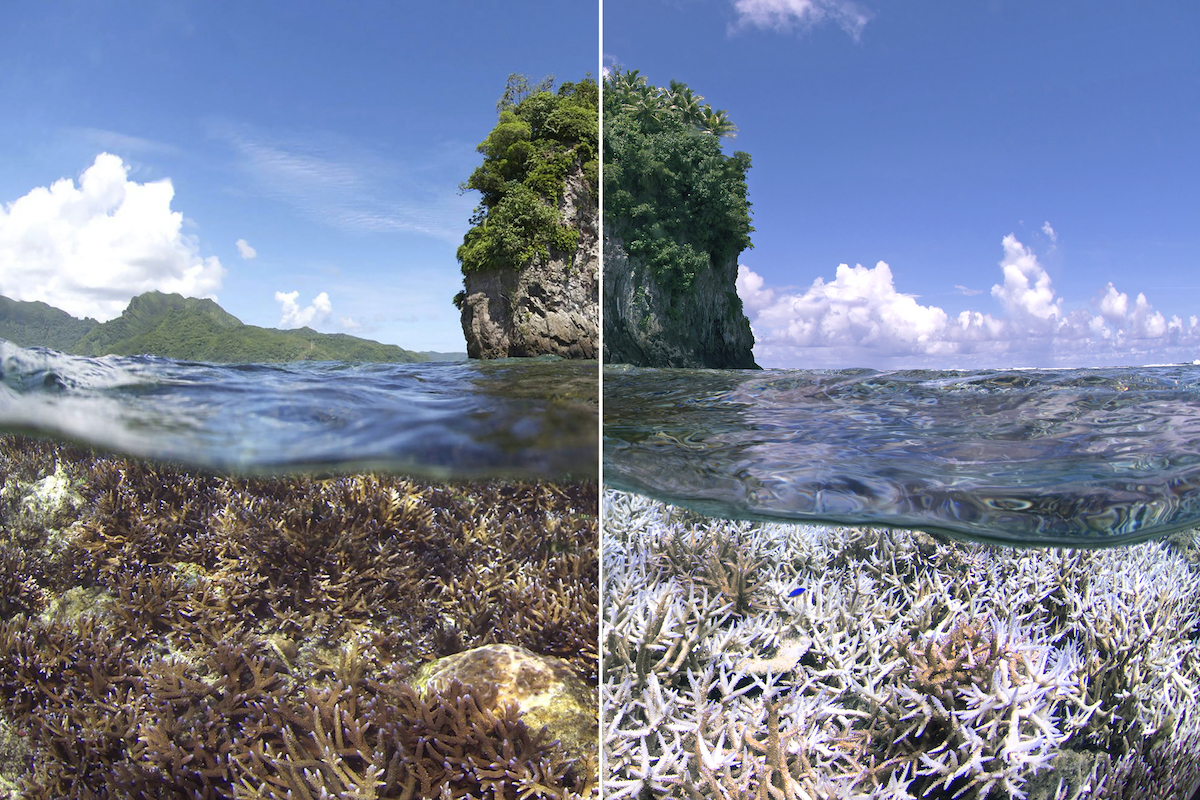 The health of coral reef ecosystems is affected by the human population pressures of pollution, sedimentation, overfishing, and other factors that tip the balance away from the natural state. Coral reefs in the Caribbean have been in decline for decades because of these factors. Increasingly the effects of climate change are threatening coral reefs worldwide. Coral bleaching due to warm water has decimated sections of the Great Barrier Reef, and ocean acidification looms globally as CO2 emissions continue to rise.

There are various ways that coral reef scientists are working to save coral reefs from these threats:
•    Restoration of reefs by actively re-growing corals in places that they have been lost.
•    Assisting the evolution of corals in order to find or create varieties of coral species that are resistant to future conditions.
•    Enhancing resiliency of healthy reefs by reducing negative impacts. 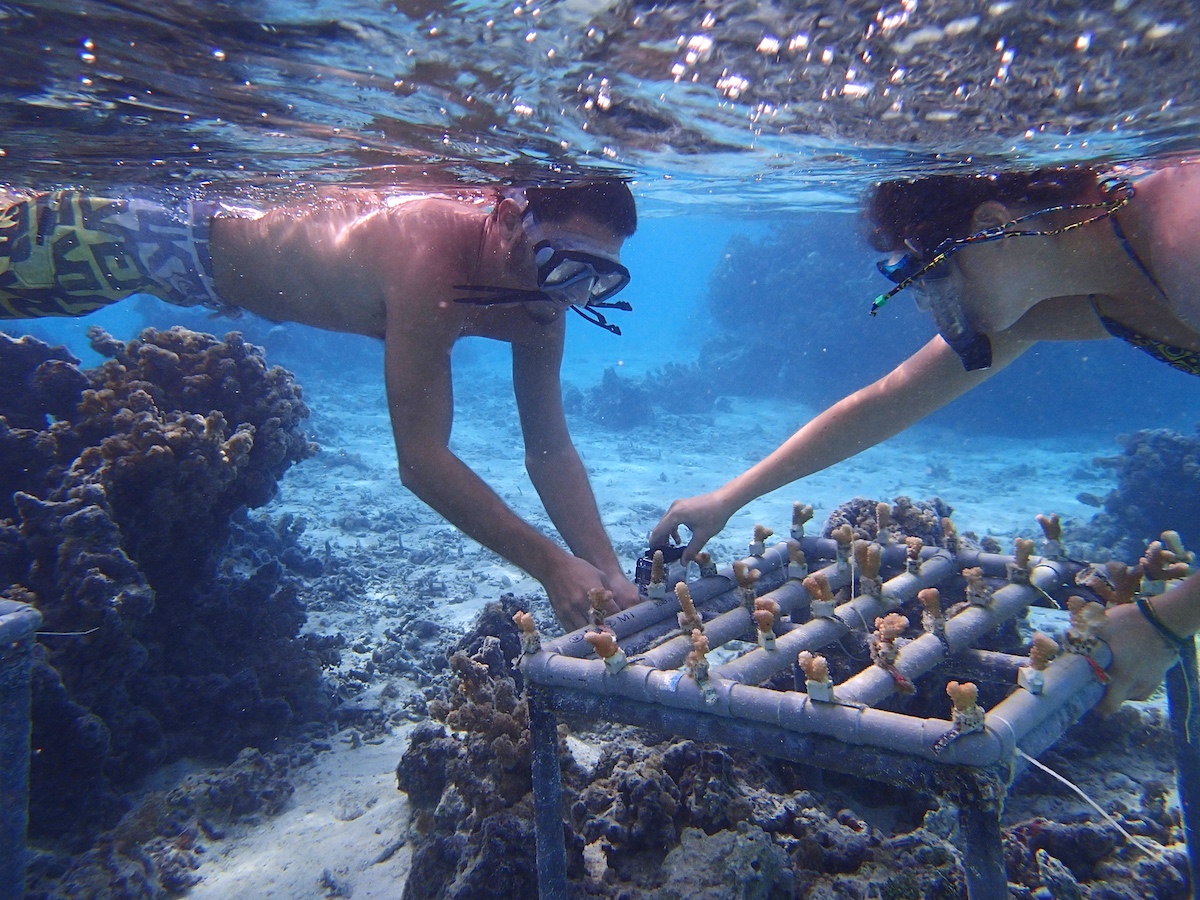 Recently a group of top coral reef scientists investigated the health and potential resilience of coral reefs worldwide (50 Reefs study). The goal of the study was to see where reefs have the best chance of weathering the challenges of future climate change, and therefore where best to make conservation investments.

French Polynesia, with its generally cool water and lack of cyclones (hurricanes), small population, and numerous coral reef habitats ranked in the top 7%. From previous studies it is also known that Tetiaroa, among the islands of the Windward Society group, stands out as having the least populations pressures.

What this means: Anything we can do on Tetiaroa to reestablish natural ecosystems and minimize non-climate impacts such as pollution and overfishing, will prepare an already healthy coral reef for the future.

This is the goal of the Tetiaroa Atoll Restoration Project which Tetiaroa Society launched this year with partners Island Conservation, and University of Auckland.

It has already been shown that invasive rats impact coral reefs through the reduction of seabird numbers. Our plan for rat eradication in August 2020 will allow for the return of natural seabird populations and the nutrients that sustain healthy islands and coral reefs. A thriving coral reef on Tetiaroa will serve as a refuge for local marine species and help to reseed the nearby reefs of Tahiti and Moorea, both of which suffer from human pressures. 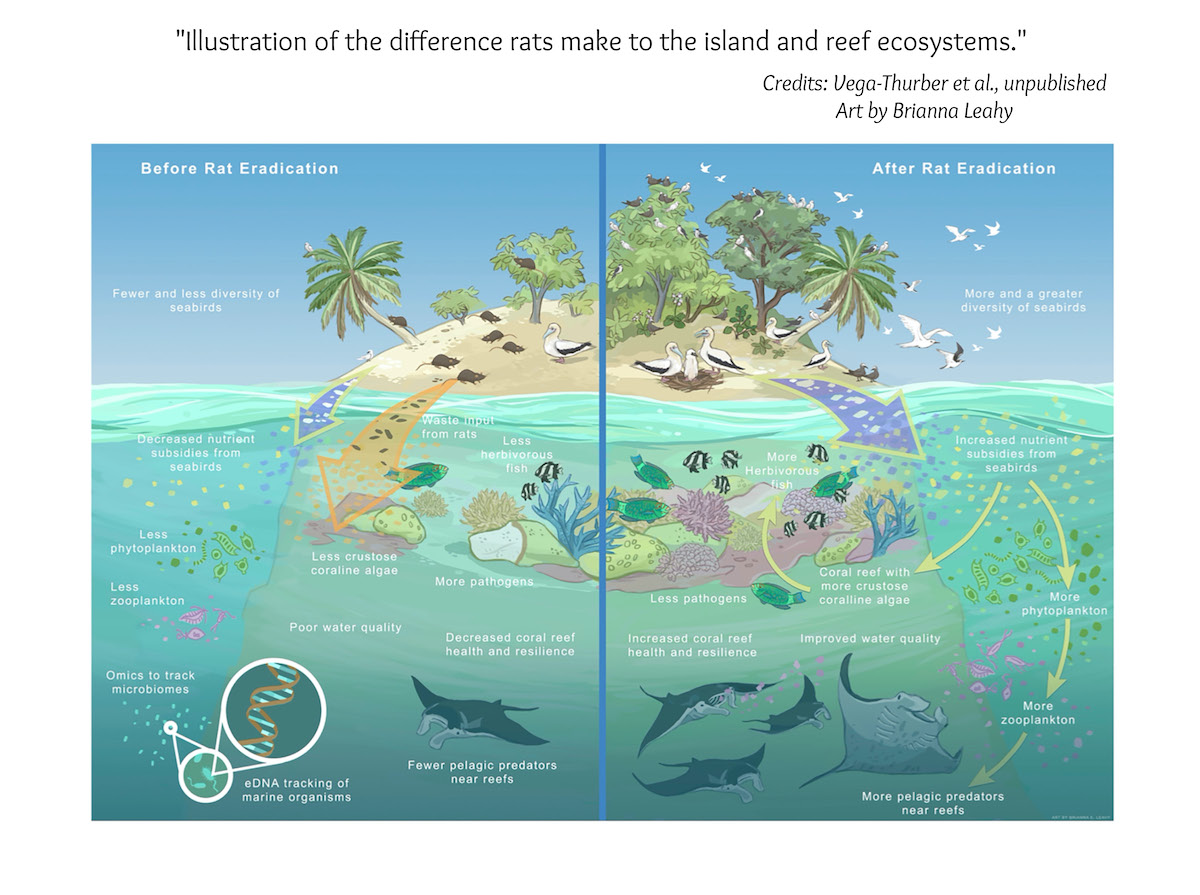 As befits the designation of Tetiaroa as a Hope Spot earlier this year by Mission Blue, Tetiaroa will indeed carry the hope of coral reef survival into the next decade and beyond.