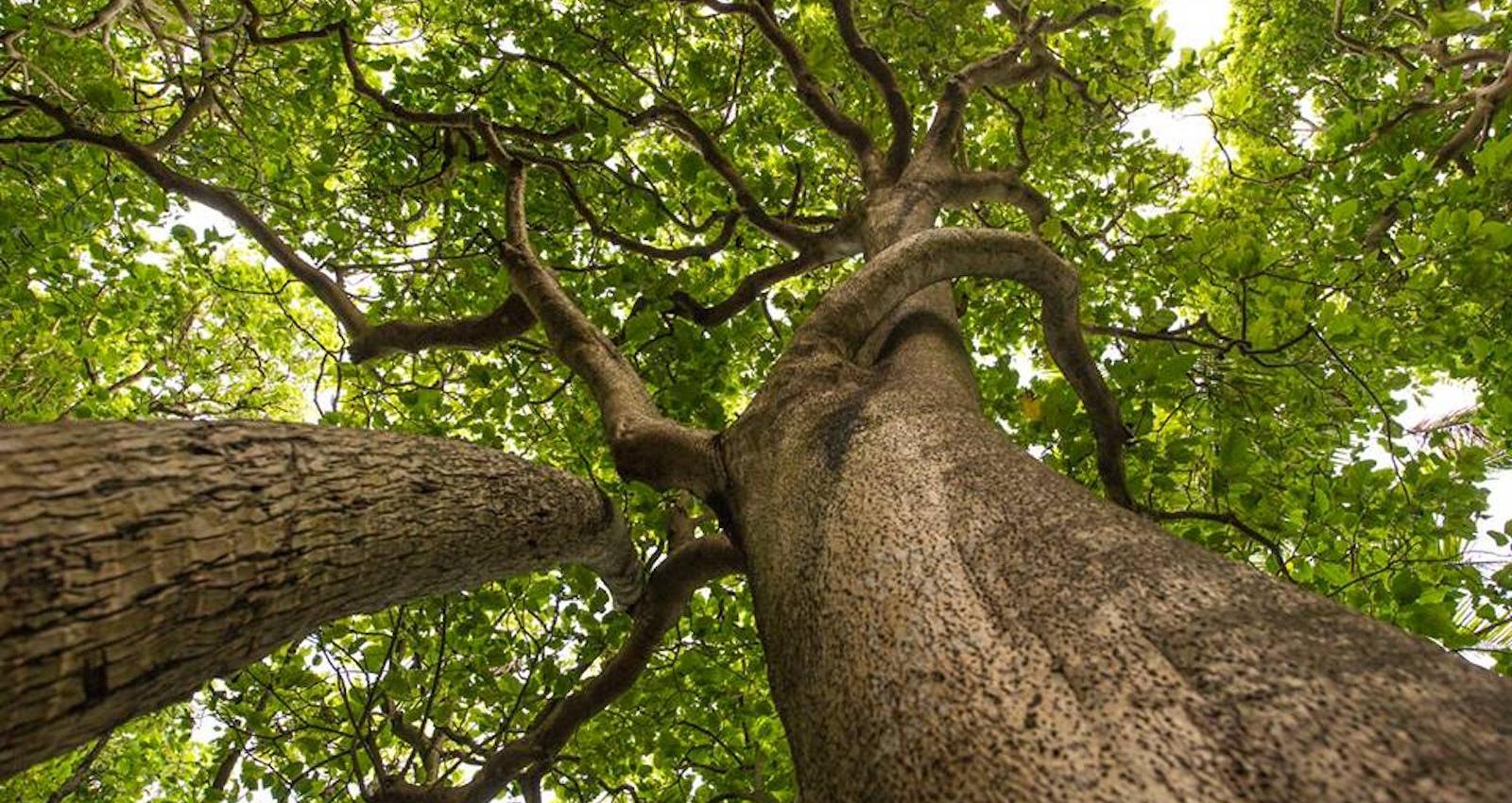 Birds nesting on Pisonia grandis or foraging on nearby ground can pick up so many of these seeds that they are debilitated and unable to fly.

Our Organism of the Month for October is the native tree Pisonia grandis, or Pu’atea in Tahitian. It is also sometimes called Cabbage Tree in English and French (Arbre à choux) since it’s leaves can be eaten a raw or cooked. It is native and common across Pacific and Indian Ocean islands, and competes very well on the calcium carbonate soils of atolls where it can form dense forests. 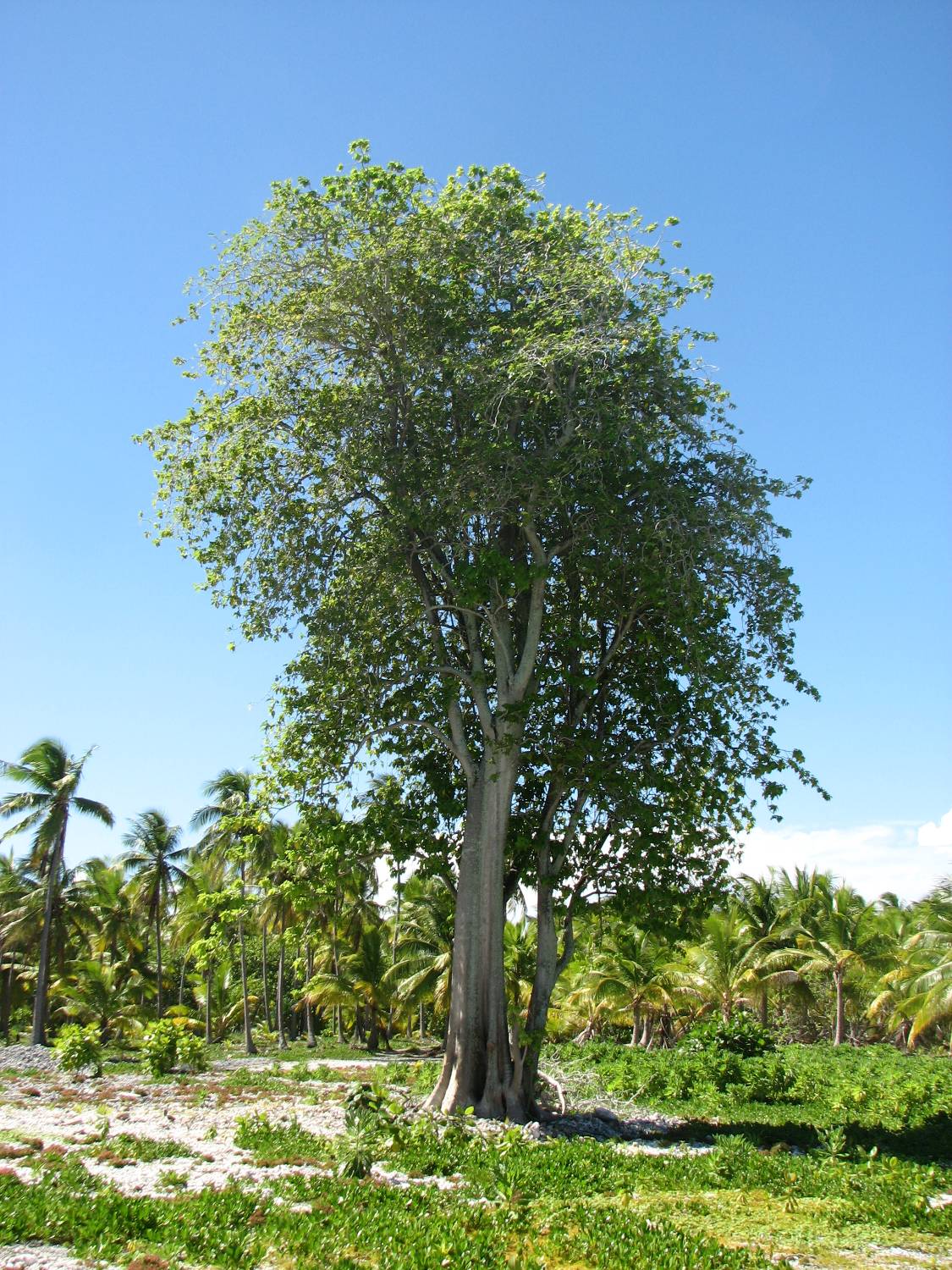 Pu’atea is in the Nyctaginacea Family, closely related to Bougainvilla and its dense greenish-white floral heads show this relationship. It grows into large trees up to 25 meters high with a cream-colored trunk, large spreading branches and dense light green leaves. 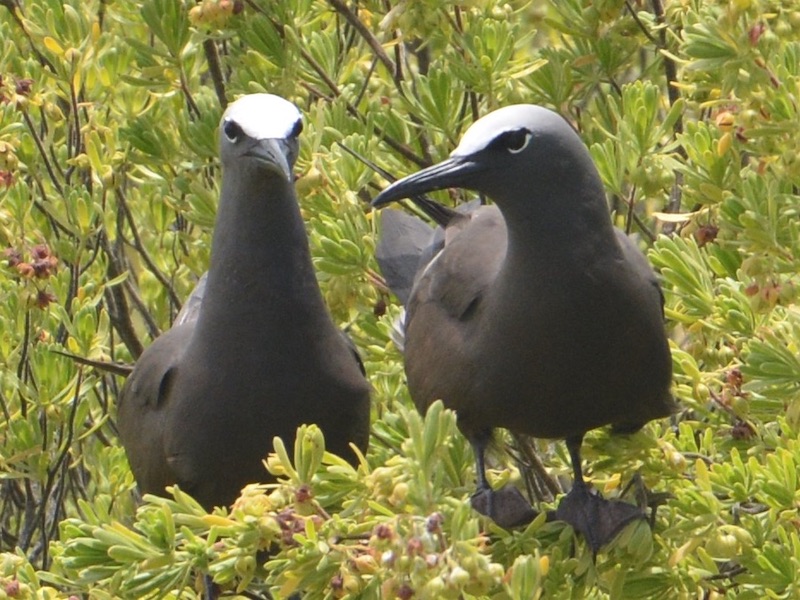 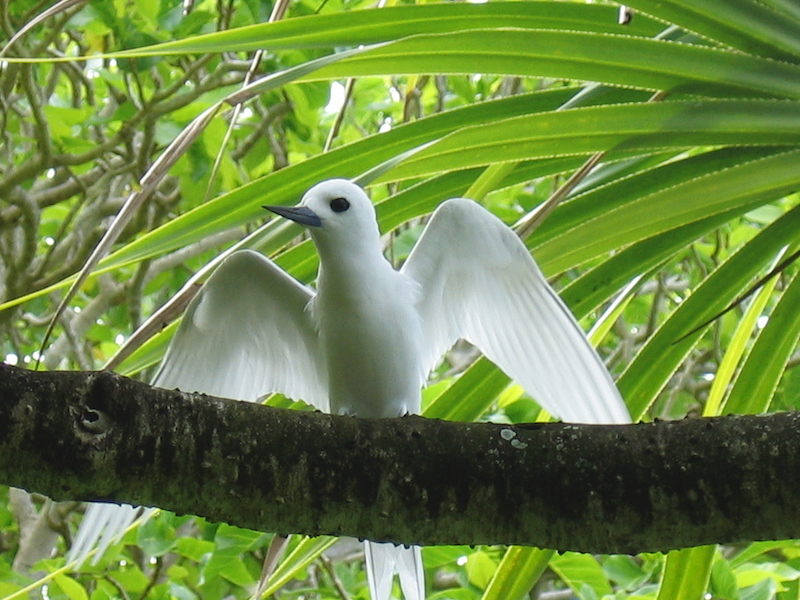 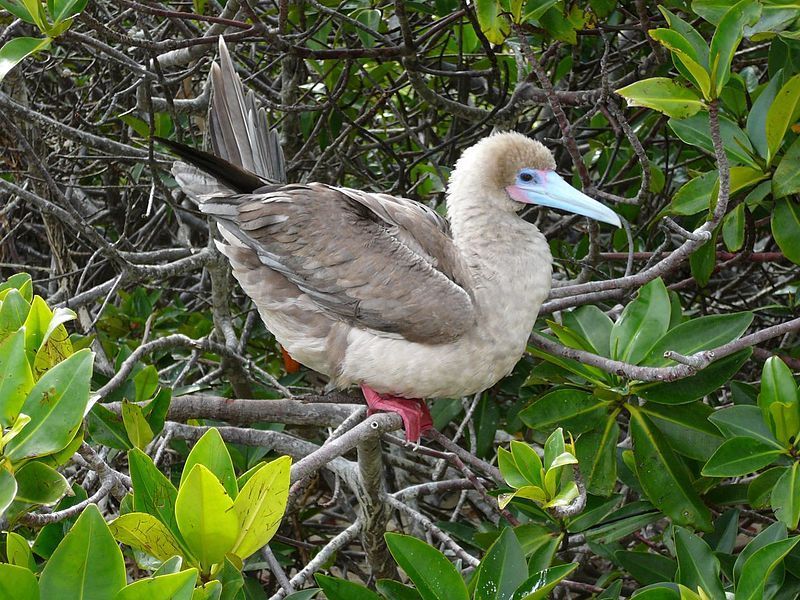 The open branching system and size of these trees make them preferred nesting sites for birds such as Brown Noddy, White Tern, and Red-footed Booby.

Because of this close relationship with birds Pisonia has evolved a very effective mechanism to spread its seeds. The female flower produces elongate seeds which have sticky hooked prickles. This seed stick to bird’s feathers and birds move them around as they fly island to island. 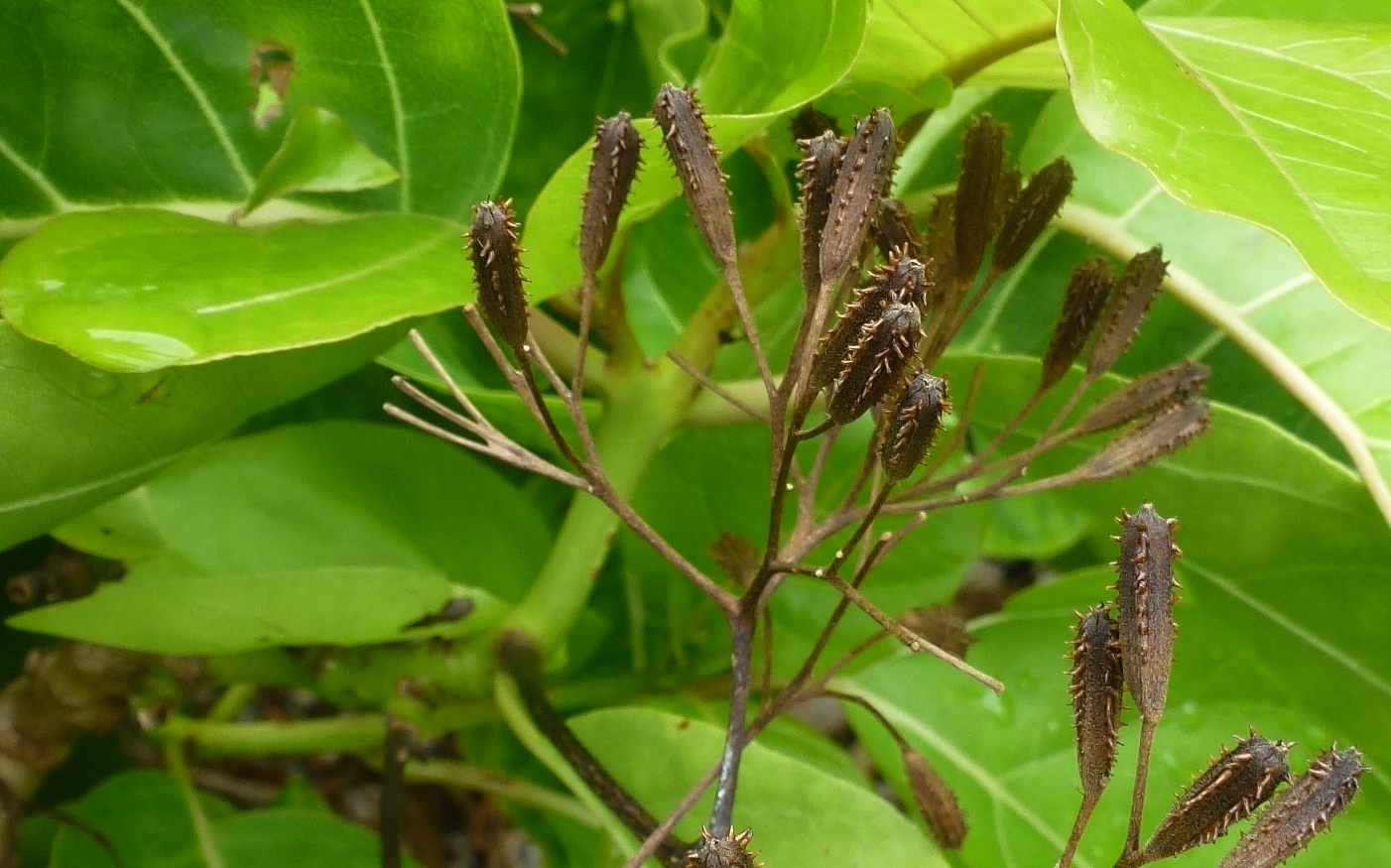 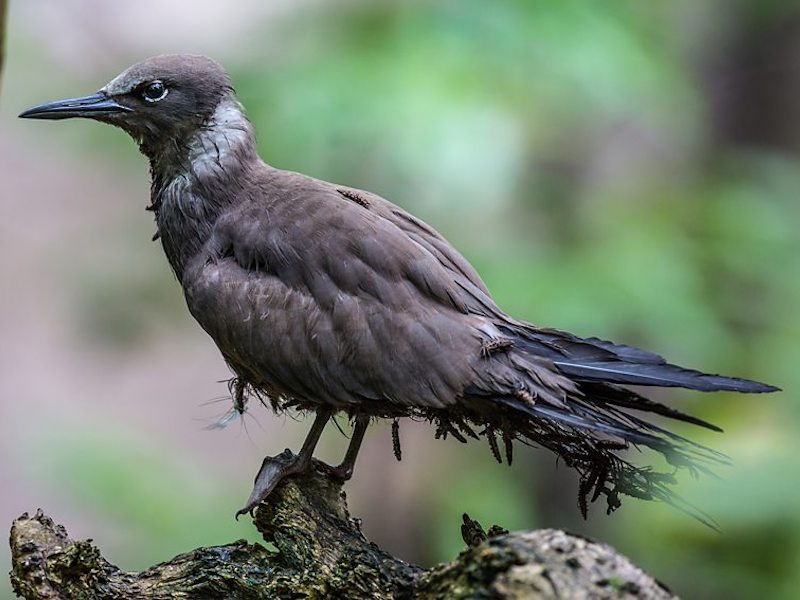 Unfortunately, this works so well that occasionally birds can pick up so many of these seeds that they are debilitated and unable to fly. This makes them easy prey for crabs or invasive rats. On Tetiaroa this most often effects Brown Noddys which forage for nesting material on the ground and sometimes get covered in seeds.

Pisonia grows on all of the motu of Tetiaroa, but on Motu Reiono it has formed a dense forest. 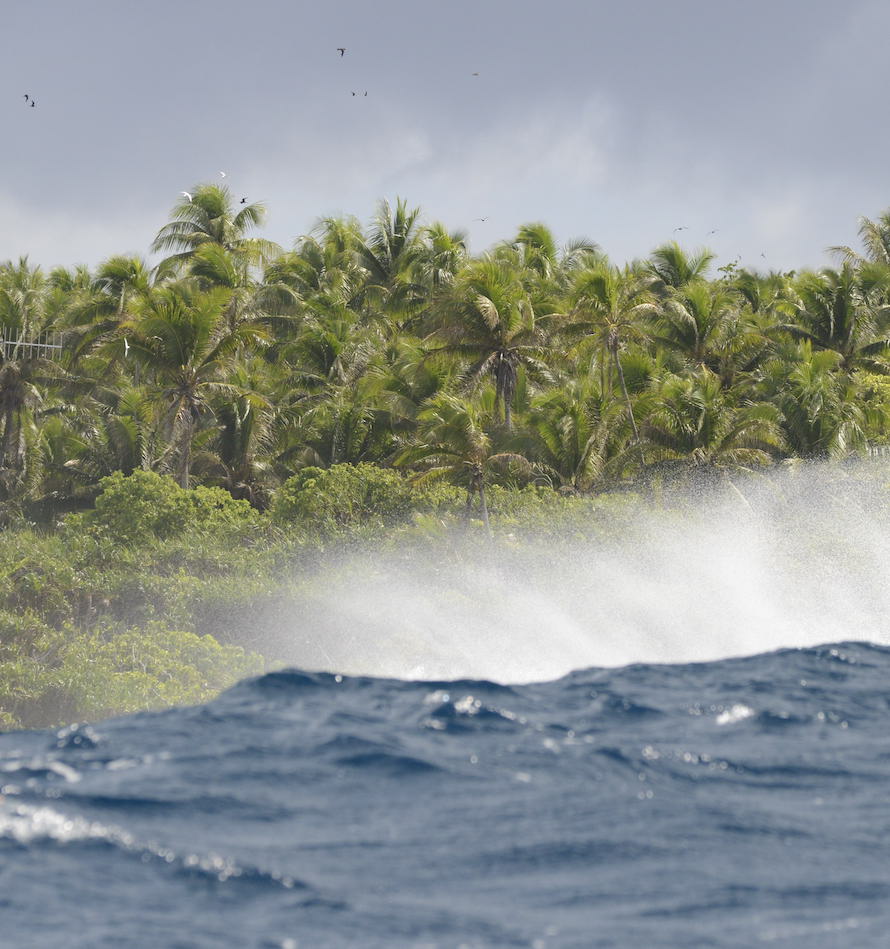 Motu Reiono was part of the coconut plantation that operated on Tetiaroa from the 1930s to the 1960s. So the motu had been clearcut and then planted with coconut trees.

Without any native vegetation these stands of coconut are vulnerable to storms and in 1983-84 Tetiaroa (and the other Society Islands as well) had a series of six cyclones (hurricanes) that devastated the island.

Motu Reiono is particularly vulnerable to storm surge since it is on the Southeastern tip of the island and gets waves from three directions. So the coconut plantation on Reiono was swept away by storm waves that washed right across the motu. 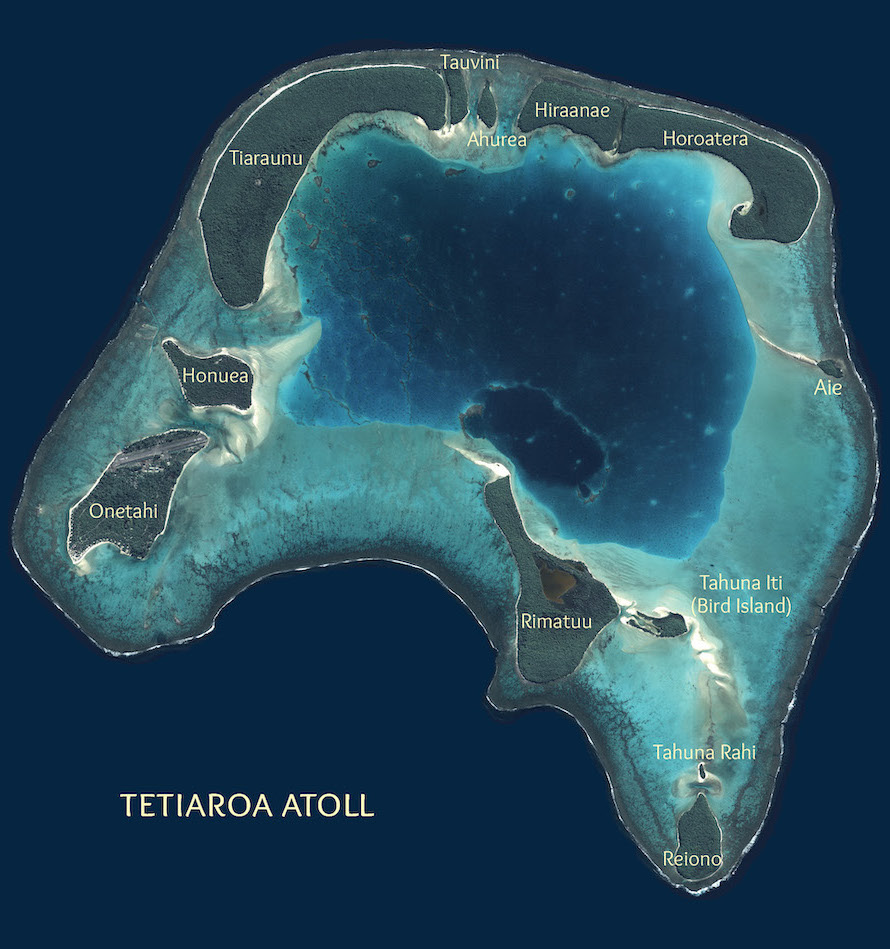 In subsequent years it was Pisonia that took root and grew the fastest of all of the native plants and a dense forest was created over two thirds of the motu, with the remaining area mostly covered with Pandanus. This forest, plus the fact that TS has eradicated rats on this motu make Reiono a very attractive place for birds to nest.