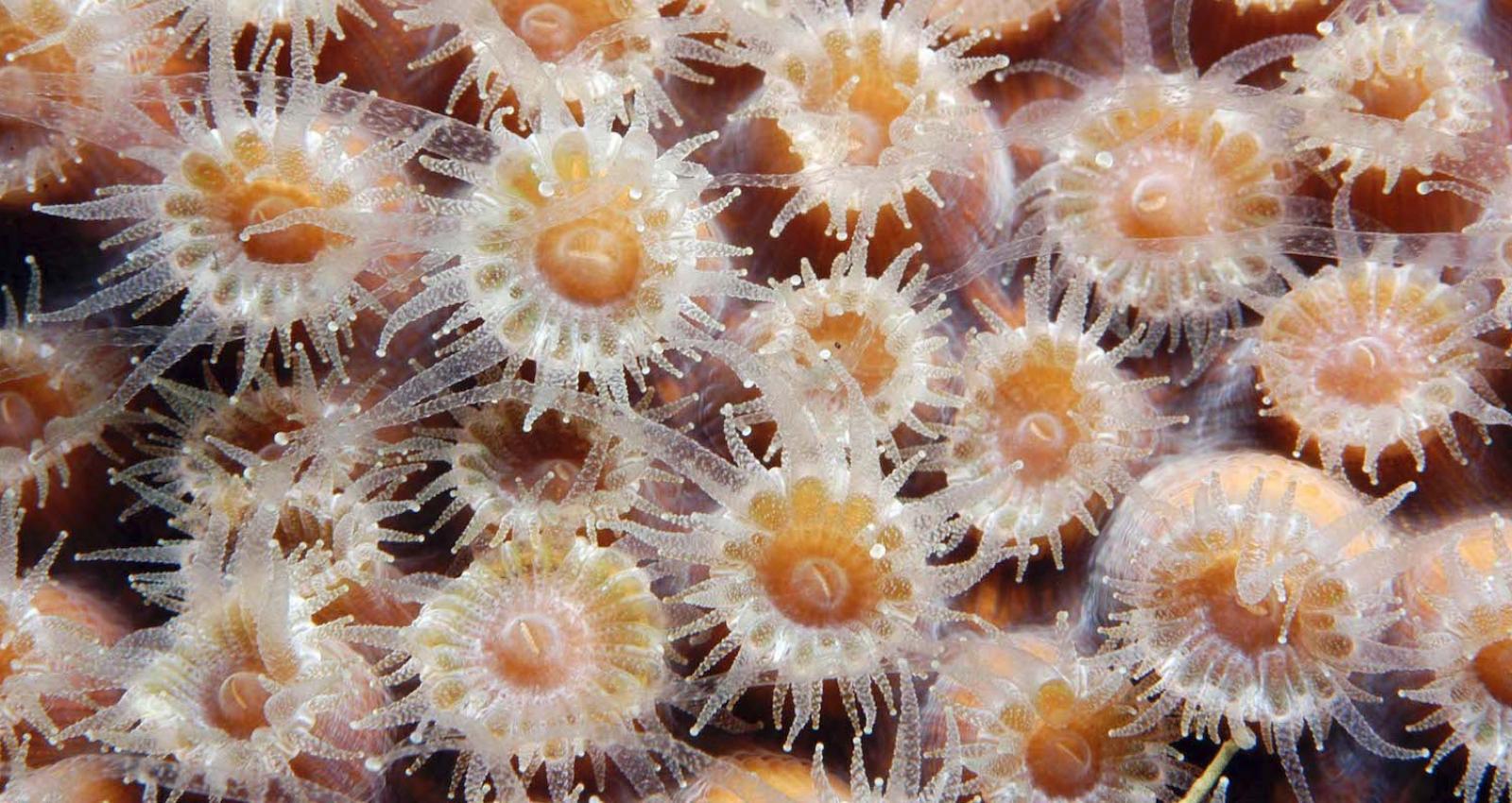 Generally, each species of coral has its own preferred species of Zooxanthellae which then give the characteristic coloration for that coral.

This month we decided to introduce a little-known organism that plays a huge role on coral reefs. The common name, Zooxanthellae, actually represents a group of single-celled algae that are symbiotic with corals and other reef organisms. These tiny photosynthetic organisms are present in the ocean as plankton before they enter the cells lining the “gut” of corals (gastrodermal cells). Once there they provide sugars, glycerol, and amino acids to the coral and in return the coral provides carbon dioxide, phosphates, and nitrogen compounds to the zooxanthellae.

Because the outer fleshy layers of a coral’s body (including tentacles) are actually transparent, the colorful layer of zooxanthellae in the gut cavity can be seen, essentially providing the coloration of the coral colony that we see when exploring a reef.

Generally, each species of coral has its own preferred species of Zooxanthellae which then give the characteristic coloration for that coral. For most of the corals in the lagoon and on the reef of Tetiaroa the zooxanthellae produce a golden-brown color, but there are also species with a light blue color. 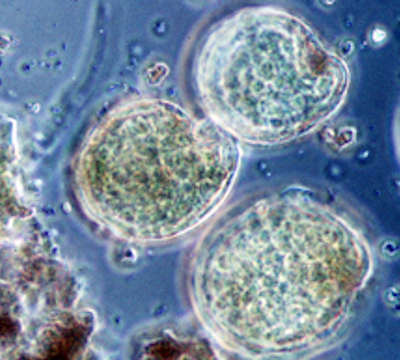 Zooxanthellae also have symbiotic deals with other organisms besides coral. For instance, sea anenomes get their color from hosting zooxanthellae, as do jellyfish, and the brilliantly colored giant clams, Tridacna maxima. 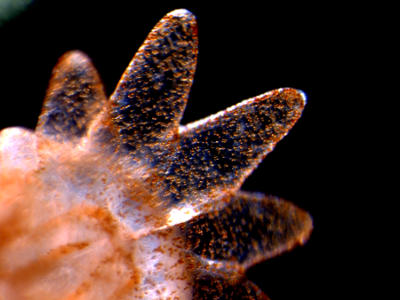 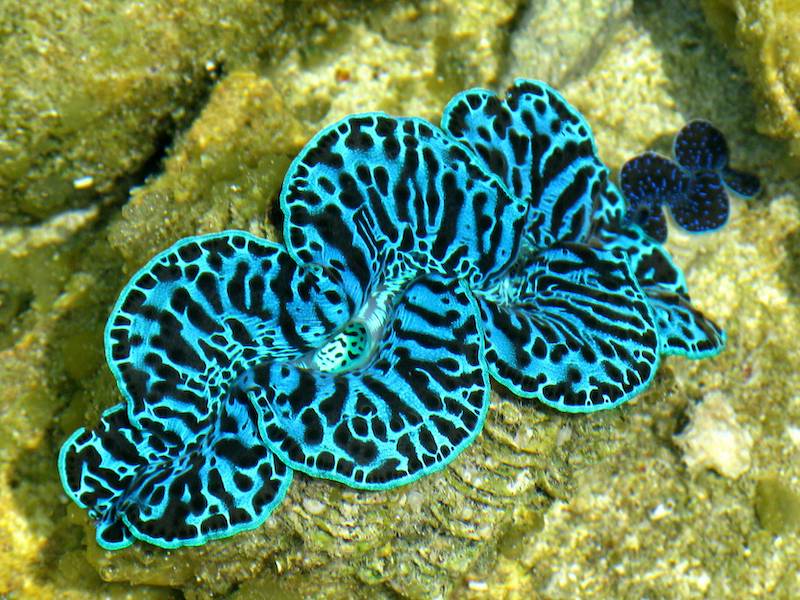 Most coral species have become highly dependent on the contribution that Zooxanthellae make to their nutrition. Because of this, when the relationship is disturbed it is a big problem for the coral. When the ocean temperature increases on a reef, either seasonally, or because of El Nino effects (usually the case in Tetiaroa), there is a threshold where corals will expel the zooxanthellae from its tissue. When this occurs, the coral is in danger of starvation. 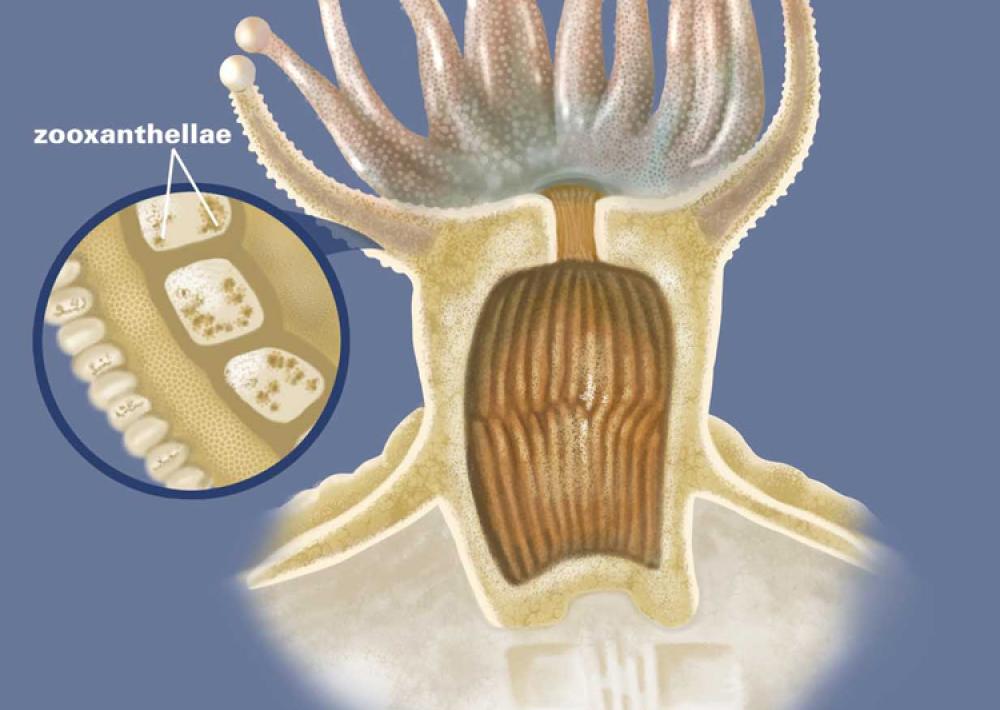 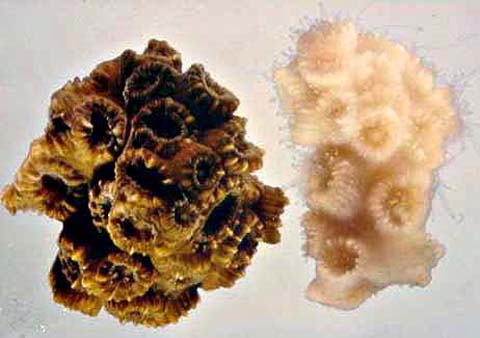 Once the zooxanthellae is gone from the coral’s body it is completely transparent, and the white of the coral’s skeleton is all that is seen. This is called “coral bleaching” and it is increasingly being reported around the world on coral reefs.

Depending on the species coral can recover from coral bleaching if heat stress doesn’t last too long and the zooxanthellae are recovered. On Tetiaroa, coral bleaching over the years has not affected the resiliency of the reef. It has always come back after bleaching events.

This year there was an uncharacteristic warming and bleaching event in French Polynesia – uncharacteristic since it was not in an El Nino year. Scientists recorded severe bleaching in Moorea, where the majority of corals at 3-20 meters on the outer slope of the barrier reef died from bleaching.

The corals in the lagoon and in shallow depths apparently were more resistant to the rise in temperature. On Tetiaroa, we saw the same pattern, but with only around 50% of the coral dying at depth. 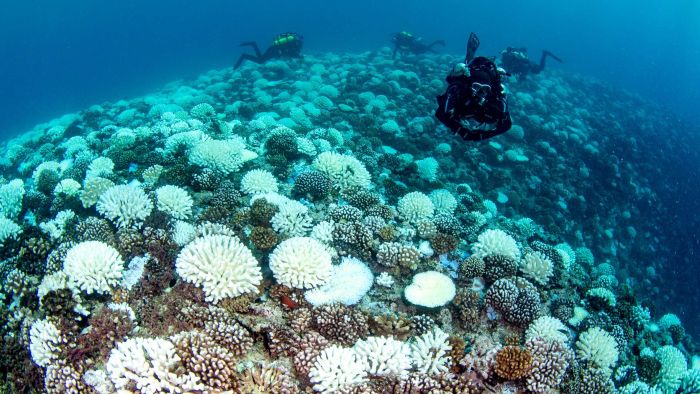 It is too soon to say what this event means for the future of the reef, but in the short-term we assume that the progeny of the corals that survived this event, will take over to produce a community that may be more resistant to warming in the future.