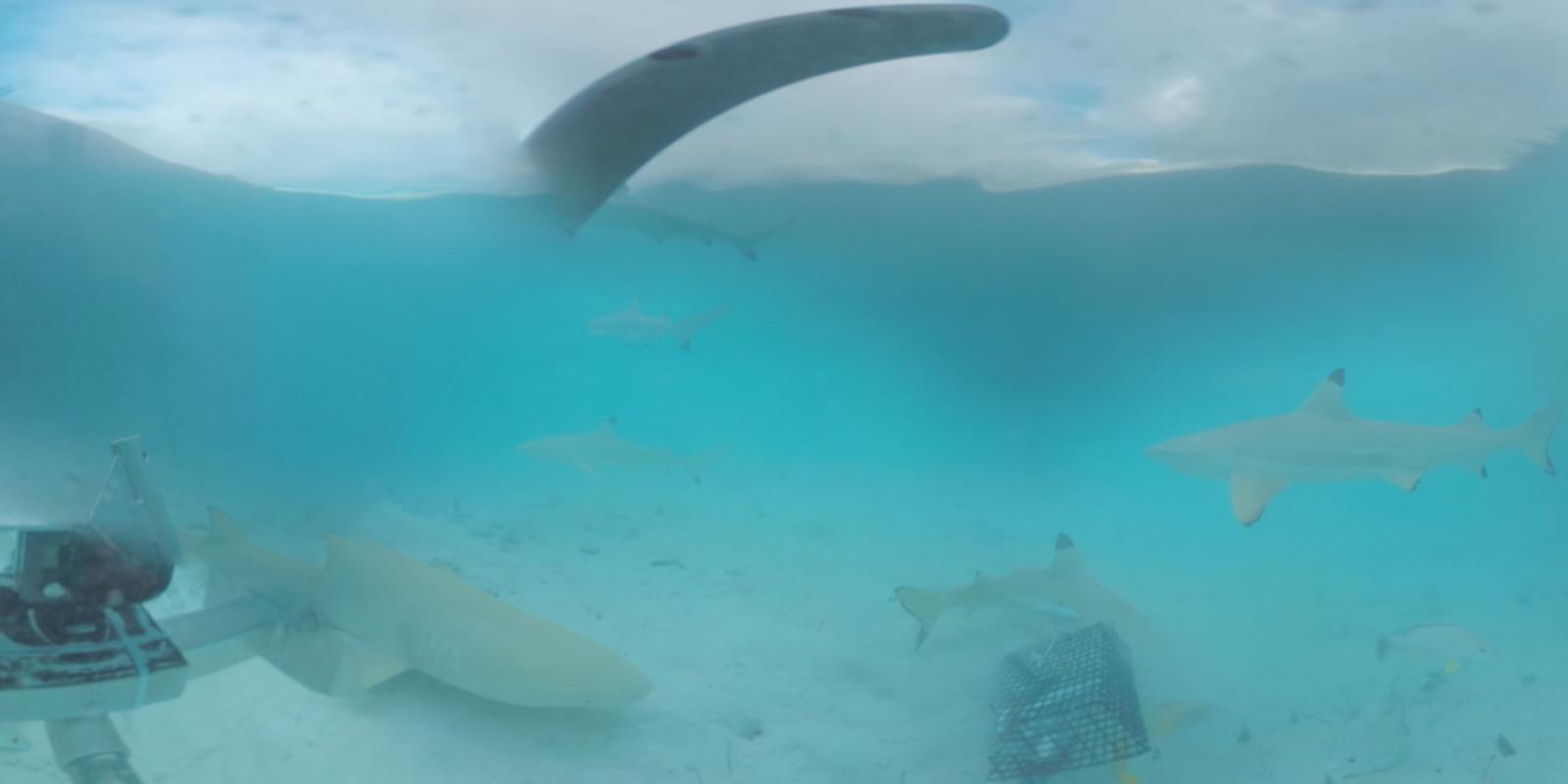 In a first-of-its-kind study published in Nature, scientists report on the conservation status of reef shark populations worldwide. The results are grim; reef sharks have become rare at numerous locations that used to be prime habitat, and in some cases sharks may be absent altogether. A long history of human exploitation is the culprit, with depleted shark populations strongly tied to socio-economic conditions, lack of governance and the proximity of reef environments to large human population centers. These patterns were recognizable across the globe.

Yet even in the familiarity of what seems like another gloomy study about the environment, researchers remain hopeful and see bright spots for recovery.

“At twenty percent of the reefs we surveyed, we didn’t detect any sharks where you would expect to see them,” says Aaron Wirsing, associate professor of environmental and forest sciences and collaborator on the project. “That was alarming and a bit of a surprise. But in other places, even those with lots of human activity and tourism, like the Bahamas, sharks are doing relatively well. These locations exemplify the power of effective governance, and it is uplifting to see high performing regions near high human population centers.” 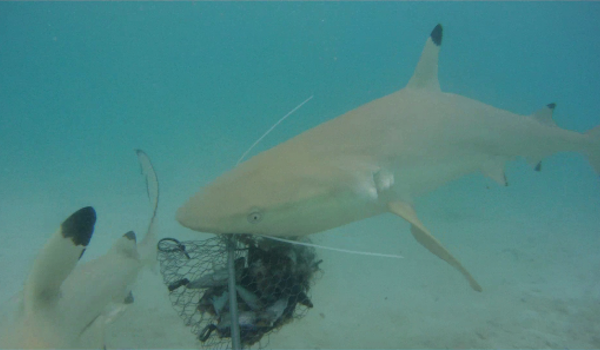 A reef shark’s image is captured on a baited remote underwater video.

The status of sharks in coastal habitats has been in question for years. To understand what’s happening globally, scientists working under the Global FinPrint initiative recruited shark experts worldwide to take part in the study. Using baited remote underwater video systems at over 15,000 individual sites, they were able to survey 371 reefs in 58 countries. The bait lures in sharks who might be in the neighborhood, allowing scientists to record who stopped by for a bite.

Wirsing’s research made him an ideal candidate to join the collaboration, having studied sharks and other top predators in both terrestrial and aquatic ecosystems around the world.

“We have been monitoring sharks since 2014 in French Polynesia thanks to generous support from the Tetiaroa Society and the Seeley Family. Support for long term monitoring, which we enjoy in Tetiaroa, is critical to generating the kinds of data that make efforts like FinPrint possible.” 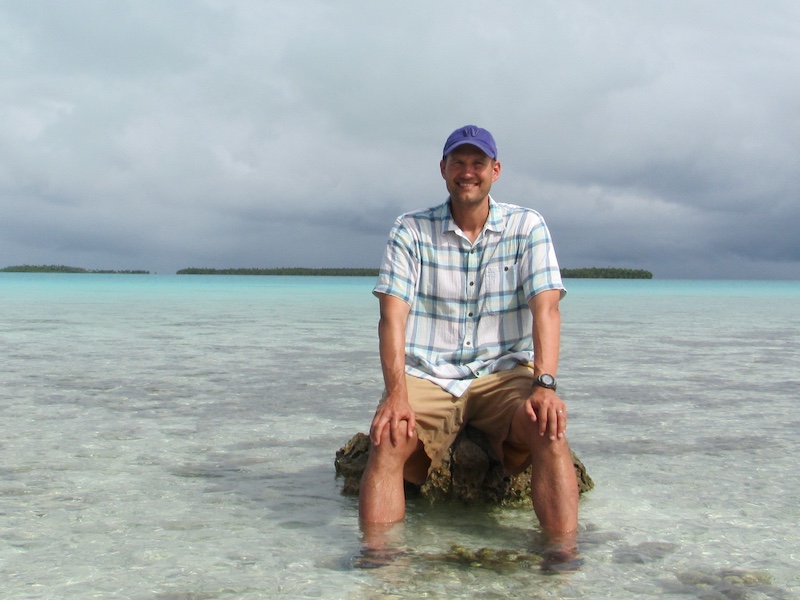 Aaron on Tetiaroa Atoll, waiting for some sharks. 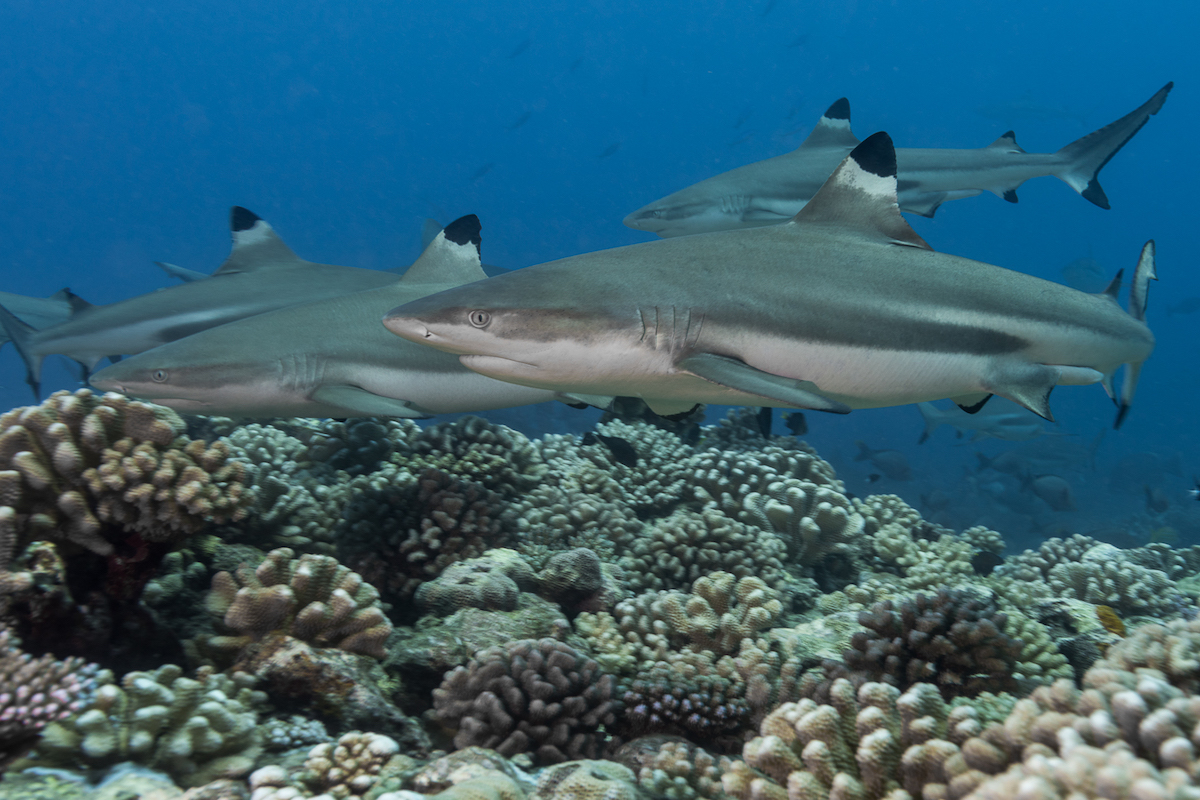 Sharks navigate a slew of obstacles to survive, from overfishing (both as a targeted species and when accidentally caught as bycatch) and loss of habitat, to a lack of conservation measures in place and the inability to enforce regulations. Proximity of reefs to large population centers, especially places with market demand for sharks, saw a stronger correlation with low abundance.

Sharks are important contributors to healthy marine ecosystems, playing the role of top predator. Their conservation is vital to the conservation of coral reef systems as a whole, an issue that has been gaining traction with people worldwide.

“The public has a huge appreciation for coral reefs and the troubles they face,” says Wirsing.

Wirsing emphasizes that humans have the tools to reverse this trend. One approach is to set aside large areas in the ocean as preserves where suitable habitat can be protected, like French Polynesia which is essentially the world’s largest shark sanctuary, according to Wirsing. 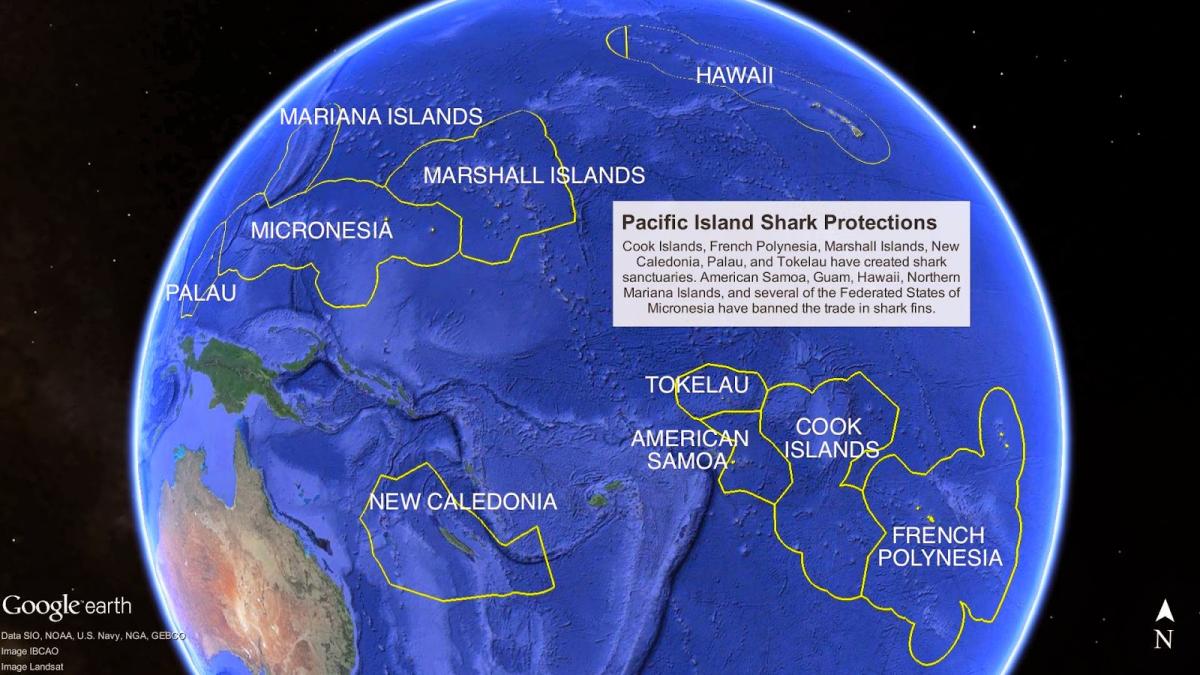 Protected areas for sharks in the Pacific

But since sharks are highly-mobile species, restricting human use in parts of the ocean is not feasible in many places. In these cases, effective policy and governance, like enacting well-regulated shark fishery reforms, restricting the numbers of sharks that can be harvested and implementing gear restrictions like banning the use of gill nets and long lines, can have strong, positive effects. On top of that, those who rely on reef ecosystems for their livelihoods need new options to generate income.

“There must be efforts to promote local economic opportunity so people can switch away from damaging activities,” says Wirsing. “And local governments must be empowered such that regulations aimed at recovering reef sharks and their habitats are supported and have efficacy.”

Regardless of the challenges facing sharks illuminated by this work, Wirsing sees a silver lining. “Borrowing a line from my favorite Dr. Seuss story, ‘The Lorax’, the message of this study is not that shark populations are doomed, but rather that they will continue to decline in many places unless…This study identifies areas that are supporting healthy shark populations and pathways to recovery where sharks are in trouble, providing hope, and hope motivates action.”