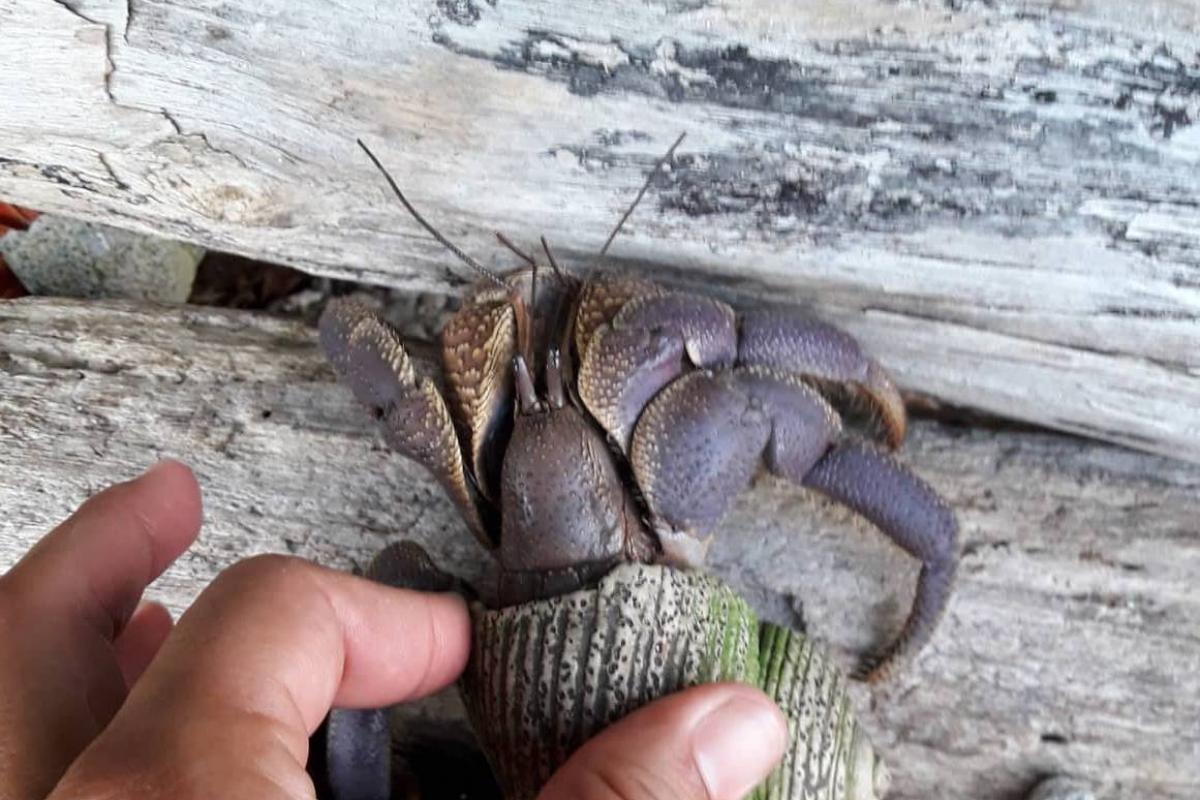 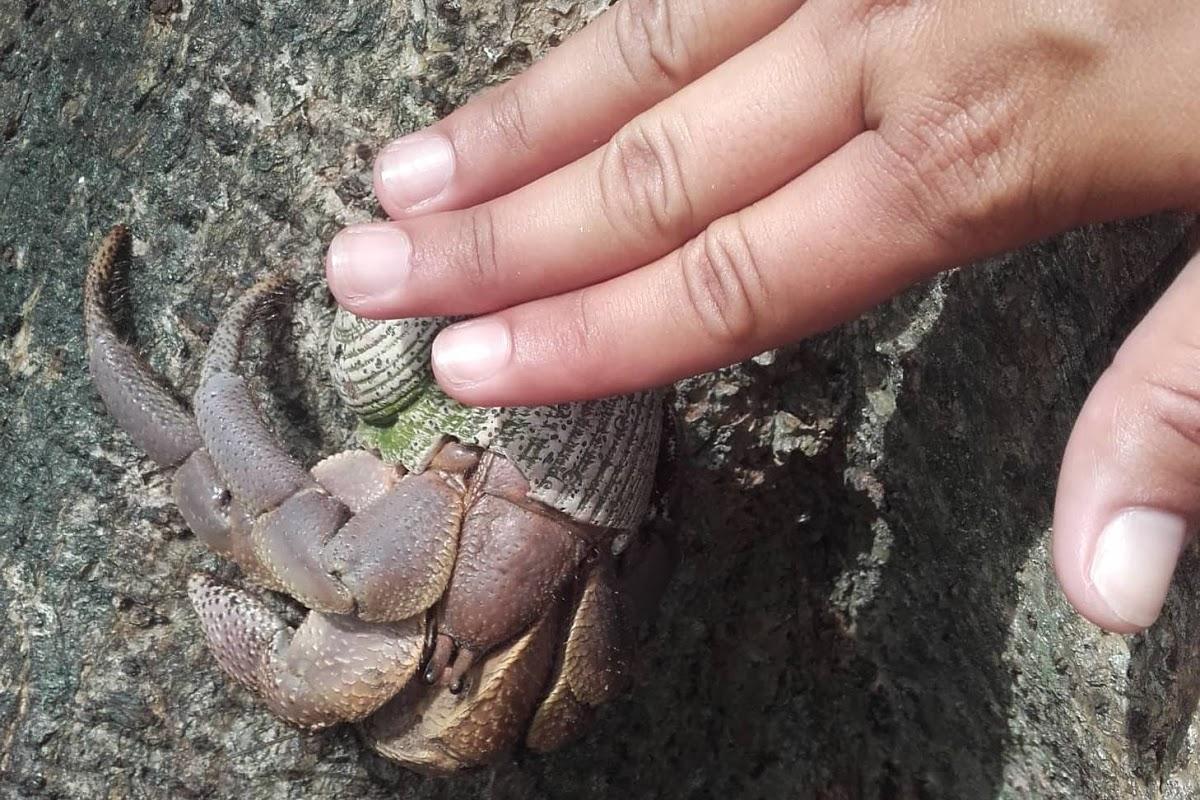 This hermit crab is one of the largest that one can encounter on Tetiaroa. It is widespread in the Indo-Pacific. One essentially finds them in the interior of the motus in  grassy or forest environments, but at times, one can also come across them on the beach. The Indonesian hermit crab is an omnivore and detritivore and can feed itself with both plant debris and animals. On Reiono, we often come across them agglutinated on a coconut, relentlessly pinching the flock to break the fibers, opening the nut, and delighting in the flesh of the famous fruit. The crab fills its shell with salty or brackish water to avoid desiccation, and is most active in the night. It has two pairs of antennae that it uses to smell and feel its way around small areas. It is recognizable thanks to its color which is a range of purples and its cylindrical eye stalk which is not laterally compressed like other terrestrial hermit crab species.