The islets (motu) are named: 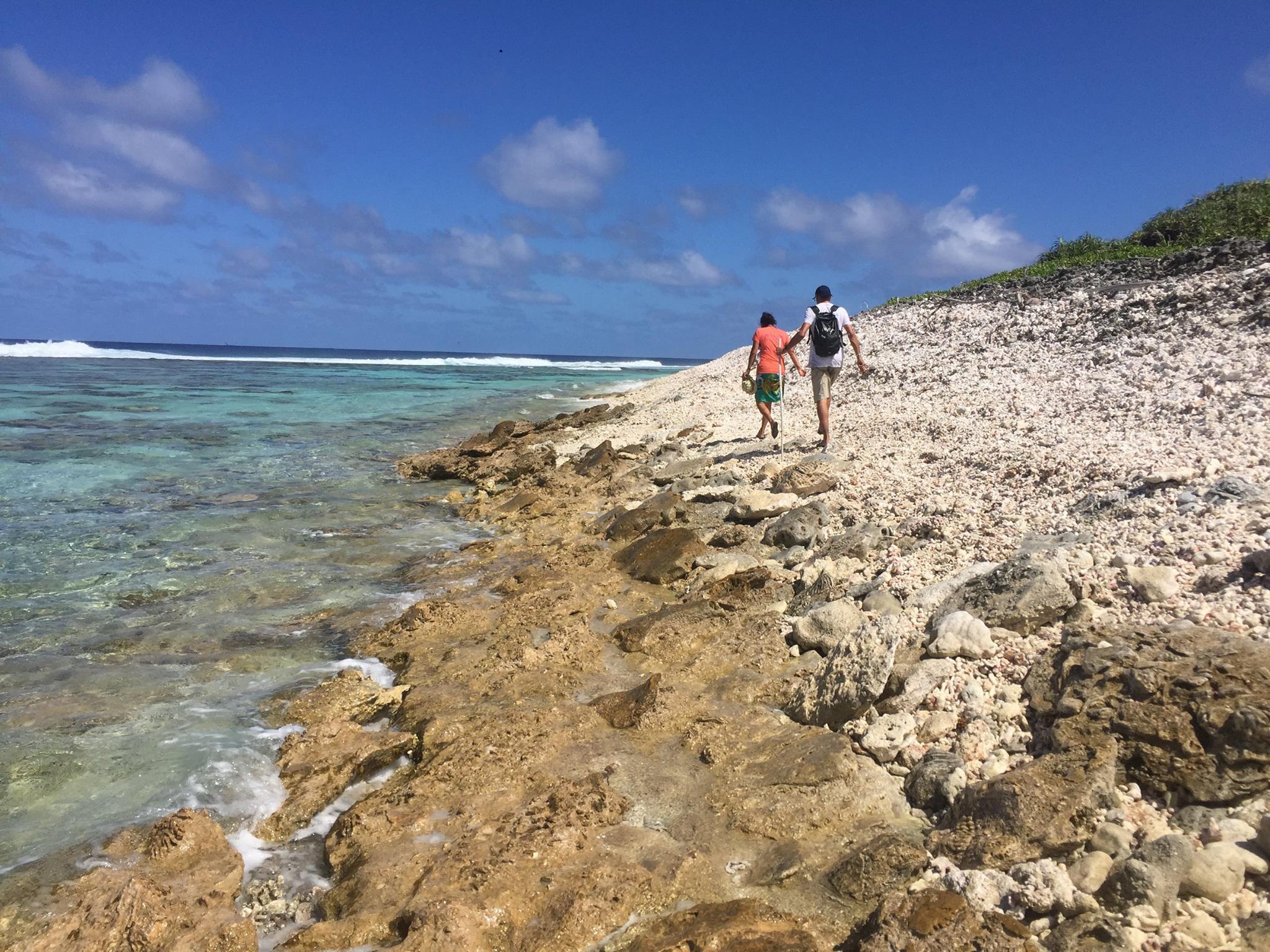 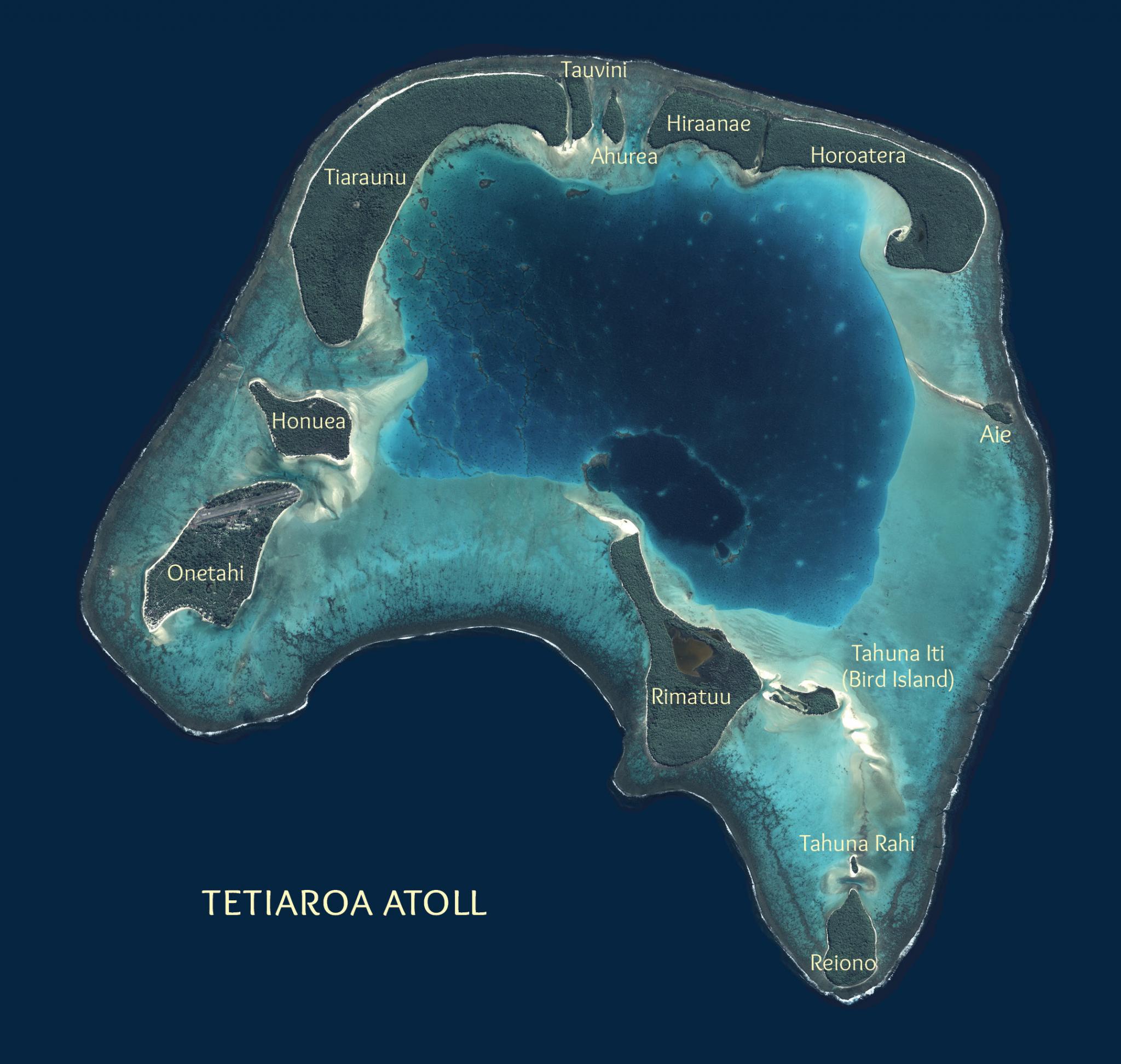 Tetiaroa, like all of the islands in French Polynesia and Hawaii, is a volcanic island formed over a Hot Spot. Hot Spots are stationary convection cells in the mantle of the earth that move heat up and burn through the Earth’s crust (in this case the seafloor) bringing molten rock (magma) to the surface. The resulting volcano builds up from the ocean floor and becomes an island when it rises above sea level. 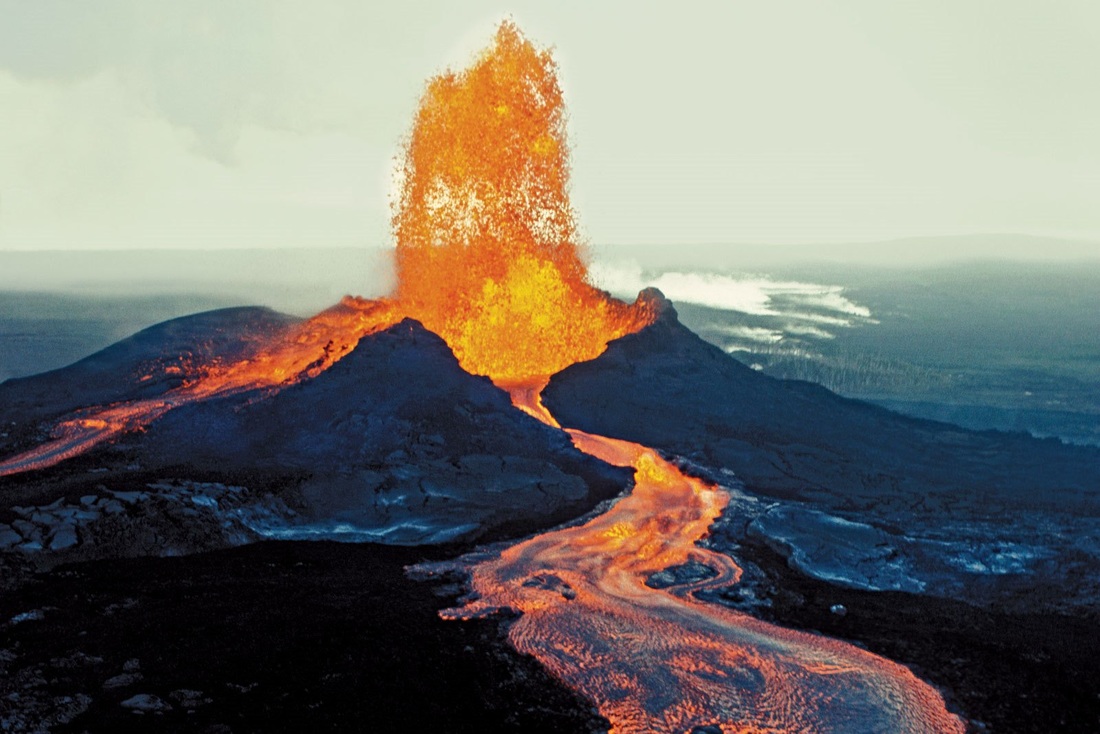 The volcano builds up from the ocean floor and becomes an island when it rises above sea level.

All of the islands of French Polynesia and Hawaii are sitting on the Pacific Plate which is moving at around 10 cm per year to the northwest. Since the volcano is sitting on a tectonic plate it moves with the plate even as it grows in height. When the volcano gets too far from the hot spot the conduit bringing magma to the surface breaks off and the volcano goes dormant. New volcanos are being created right above the hot spot all the time, so this results in chains of islands (Society, Tuamotu, Hawaiian) that trend southeast (youngest) to northwest (oldest).

As the islands age and move northwest, they erode from rain and wind, and they slowly subside as they get further from the elevated hot spot. It is easy to see this progression in the Society or Hawaiian archipelagos where the young islands – Tahiti and Hawaii (still active) – are the most complete volcanos and the older ones to the northwest are much more eroded. 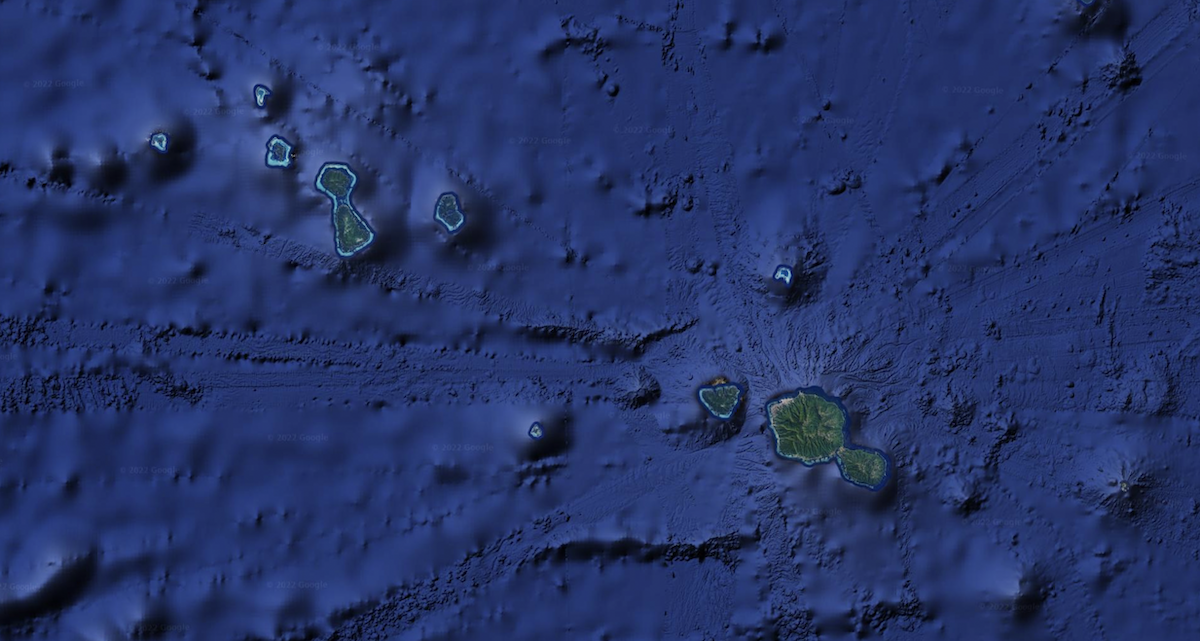 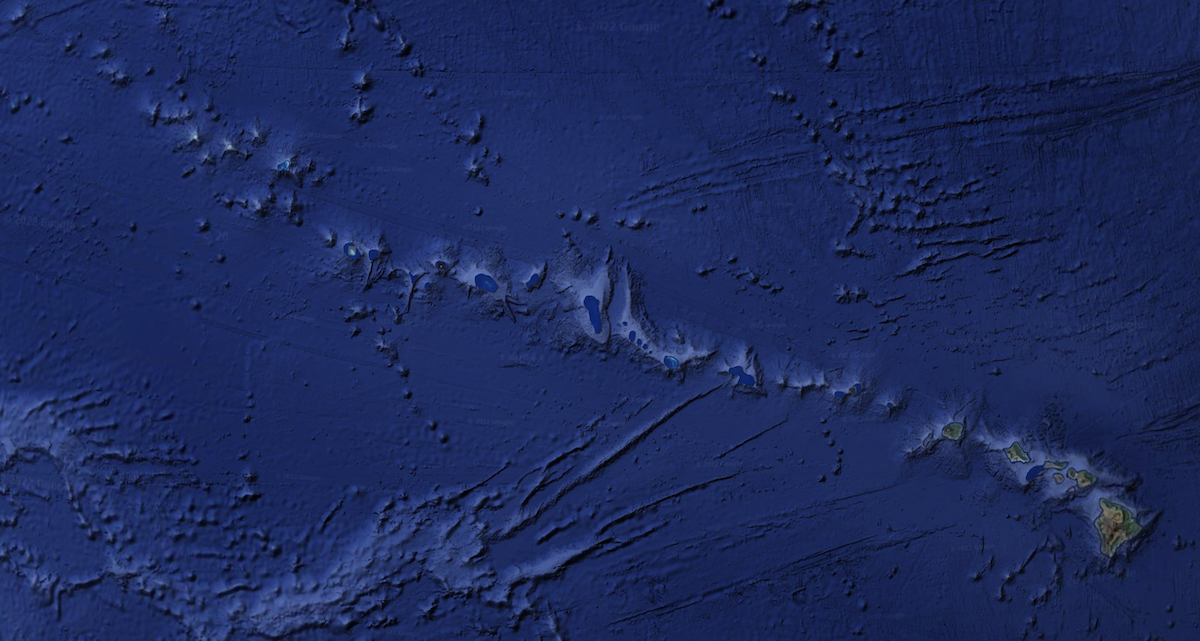 Once the island’s shoreline is stabilized (near the time or just after it goes dormant), coral reefs form just offshore around the perimeter of the island. (ex. Meheti'a)
Eventually this can create a continuous fringing or barrier reef around the island. As the island erodes and subsides the volcanic part gets smaller, but the barrier reef remains in place. (ex. Tahiti Iti)
Even as the base of the reef subsides with the island, the reef grows upward and maintains itself at sea level. The effect of this is that older islands have smaller land masses, and larger lagoons between the reef and land. (ex. Maupiti) 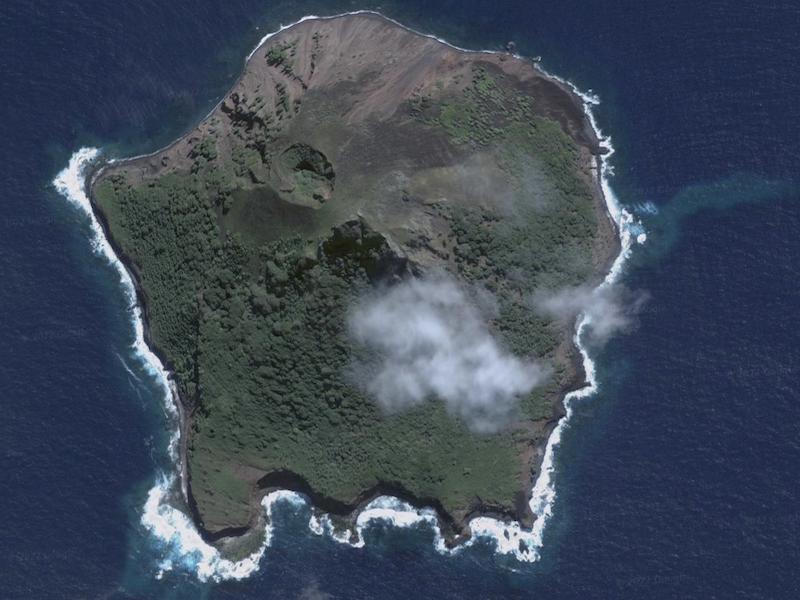 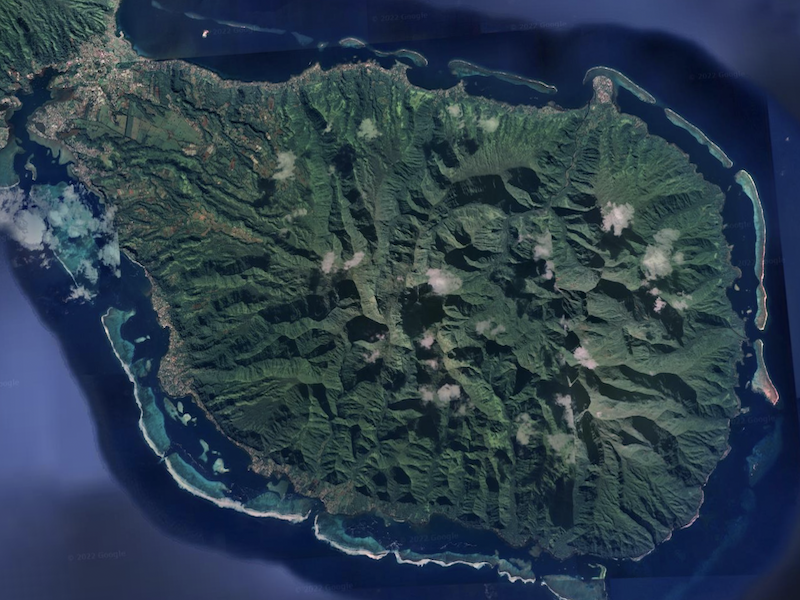 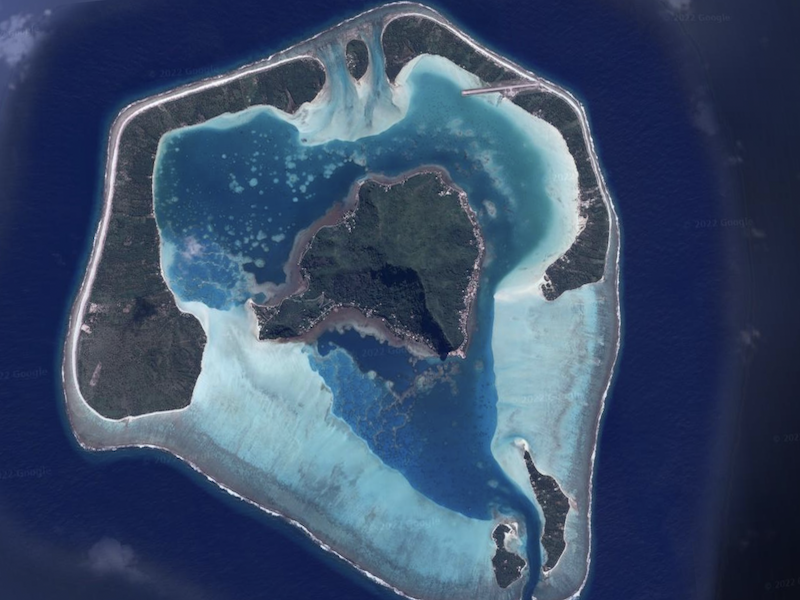 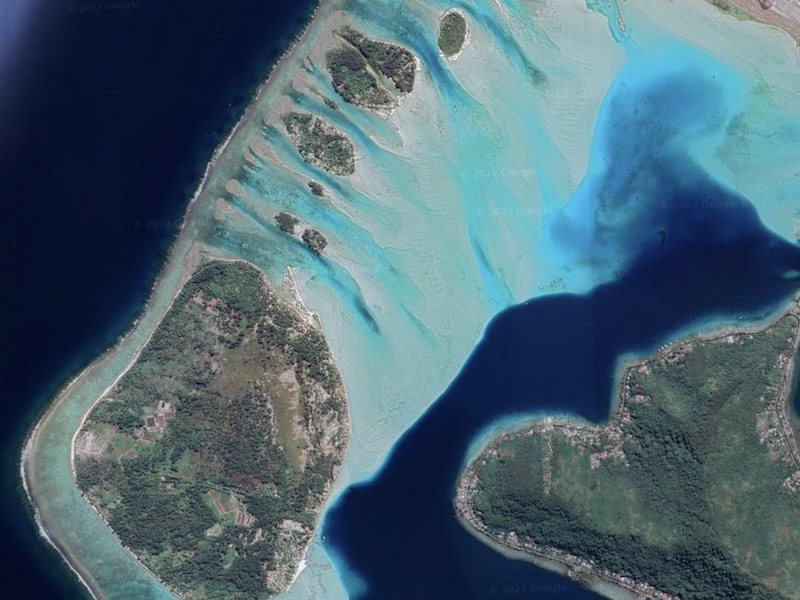 On Bora Bora, there is only a remnant of the volcanic mountain left as the spectacular ridges and spires that form its skyline. But this older island also has motu around its entire shore.

While the volcanic mountain is eroding and the lagoon is growing, small islets made of coral reef material (called “motu” both in Tahitian and in the scientific literature) form on the reef flat, close to the barrier reef. These originate when massive waves generated by cyclones batter the reef and carry reef boulders, rocks, and rubble over the reef crest and deposit them on the shallow reef flat. These huge rubble bars cement at the base, locking the motu in place, and also provide loose material for plants to grow on. Over time the motu grow as the waves crossing the reef continuously provide sediment. 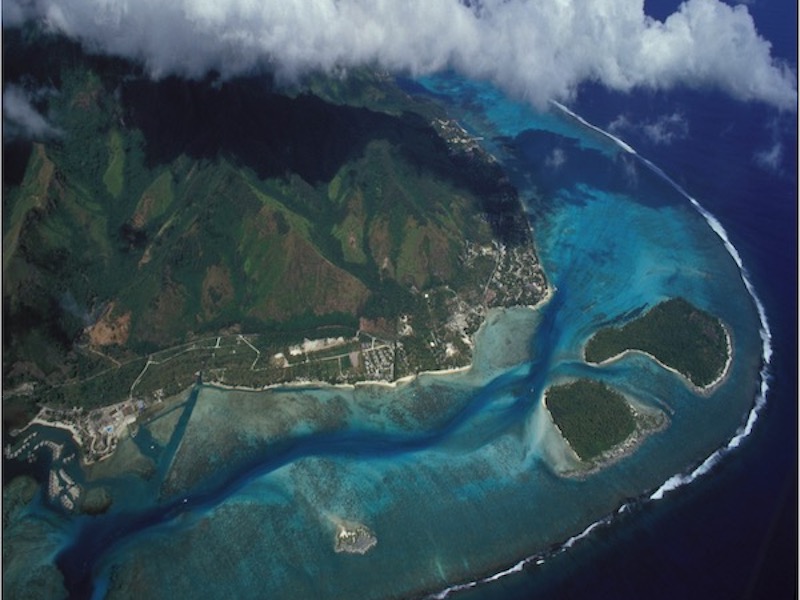 The island of Moorea is a deeply eroded volcano, but already has motu in places around the island where the impact of massive waves has been felt.

Eventually, when the volcanic mountain disappears completely the island becomes what is called an atoll. In the Pacific atolls are typically found at the oldest (NW) end of the island chain. This is the case for Hawaii, the Society Islands, and Cook Islands. The Tuamotu is a huge archipelago with 78 islands, all of which are atolls. The original hot spot or vent is a long way to the Southwest and has apparently not been active for a long time.

Tetiaroa is a typical atoll except for one thing. It is not at the northwest end of the island chain with all the other old islands. In fact Tetiaroa sits relatively close to the Society Islands Hot Spot – about 160 km from the center of hotspot activity but only 100 km from the nearest active undersea volcano. There are no dates for the volcanic structure of Tetiaroa since it is all underwater, but from its position it is likely that it is slightly older than Moorea. Tahiti and Moorea have been dated however and Moorea comes in at 1.5 million years old (MYO) and Tahiti’s two volcanos are at 1 MYO (Tahiti Nui) and 0.5 MYO (Tahiti Iti).

The likely story then for the creation of Tetiaroa is that it arose as a small island just before, or close to, the time that Moorea also emerged. It went dormant shortly after emerging from the sea with a peak that would have been 600-800 meters high. A reef built up around its shore, as the volcanic peak began to erode. At the same time, the arrival of the large island of Tahiti was affecting its future. 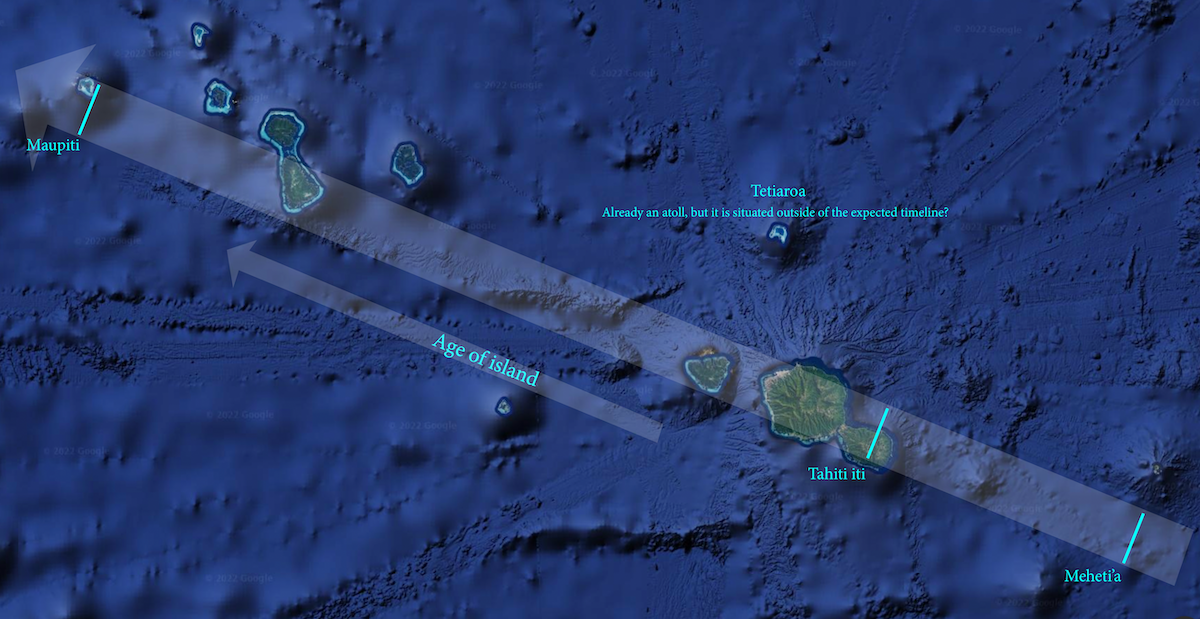 A look at the bathymetry around Tahiti, Moorea, and Tetiaroa shows that Tetiaroa sits at the edge of the huge underwater volcanic slope of Tahiti. Research has shown that the weight of Tahiti pushed down on the flexible seafloor and created a depression or moat that extended well over a hundred kilometers from the island. Even though it is 60 km away it is well within range of the section of ocean floor that would have flexed downward under the weight of Tahiti as it built to its full height around 1 million years ago. So Tetiaroa was sunk by the weight of Tahiti. Beyond that moat the ocean floor rebounded and rose some 70 meters higher than normal. The atoll island of Makatea was uplifted to this height above sea level and exists today as a raised-reef island. Parts of the northern Tuamotu were also raised and the islands of Anaa, Niau, Rangiroa, and Tikehau were all upifted to some extent.

Around 125,000 years, the earth was at the tail end of an interglacial period and sea level was about the same height as it is now. Tetiaroa would have been an atoll by then, with probably a different layout of motu, but otherwise very similar to what it is now. The major geological difference would have been that the whole of the lagoon was full of sediment and very shallow.

The last ice age began around 115,000 years ago and as water got locked up as ice on the continents the level of the ocean began to drop. Eventually, it stabilized at around 150 meters (or 450 feet) below present sea level. As the ocean around Tetiaroa receded, all of the coral reef and coral sediment was left high above the ocean, but not totally dry. In the tropics there is plenty of rain, and freshwater dissolves calcium carbonate. This chemical erosion creates holes and caverns in the reef rock (just like modern day cenotes, or blue holes), and eventually perforated the Tetiaroa landscape until all that was left of it was the ridges and pinnacles that remained between all the holes.

When sea level rose again beginning 14,000 years ago that dramatic landscape was drowned and is now once again filling up with sediment. If you look at a Google Map image of Tetiaroa now you see the pinnacles and ridges that are barely submerged and topped by recent coral growth. All of us who drive boats around the lagoon have learned to pay great attention to this amazing geologic feature.