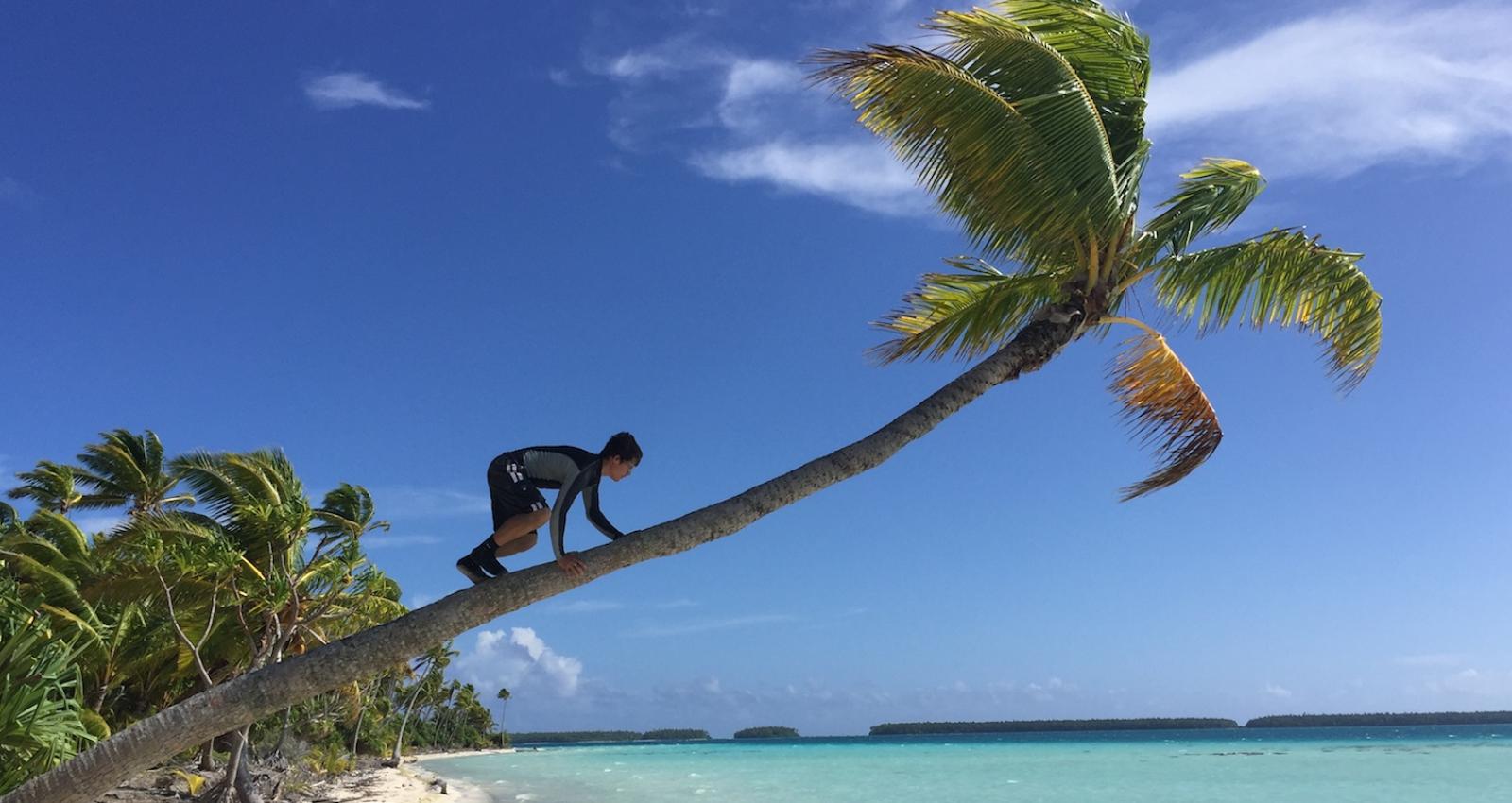 Ready for a climb?

The beautiful, feather-like crown of leaves at the top of a coconut tree can be as high as 30 meters. Up you go...

For the month of June, we are celebrating the coconut tree.

In Polynesia, the « tumu ha’ari » is highly regarded for its myriad of uses: in medicines, as a basic food, as building materials, and more.

On the islands, coconut trees are the "tree of life" par excellence. Standing tall and proud to the sun, it exhibits a beautiful, feather-like crown of leaves at the top, which can be as high as 30 meters. In Polynesia, the « tumu ha’ari » is highly regarded for its myriad of uses: in medicines, as a basic food, as building materials, and more. Also known as the tree of life, the tree of heaven or the tree of a thousands uses.

Despite its practical uses, it has been proved to be invasive beyond its native range, i.e. the coastline. In fact, on Tetiaroa, coconut palms have taken over the native forest on 8 islets out of 12. 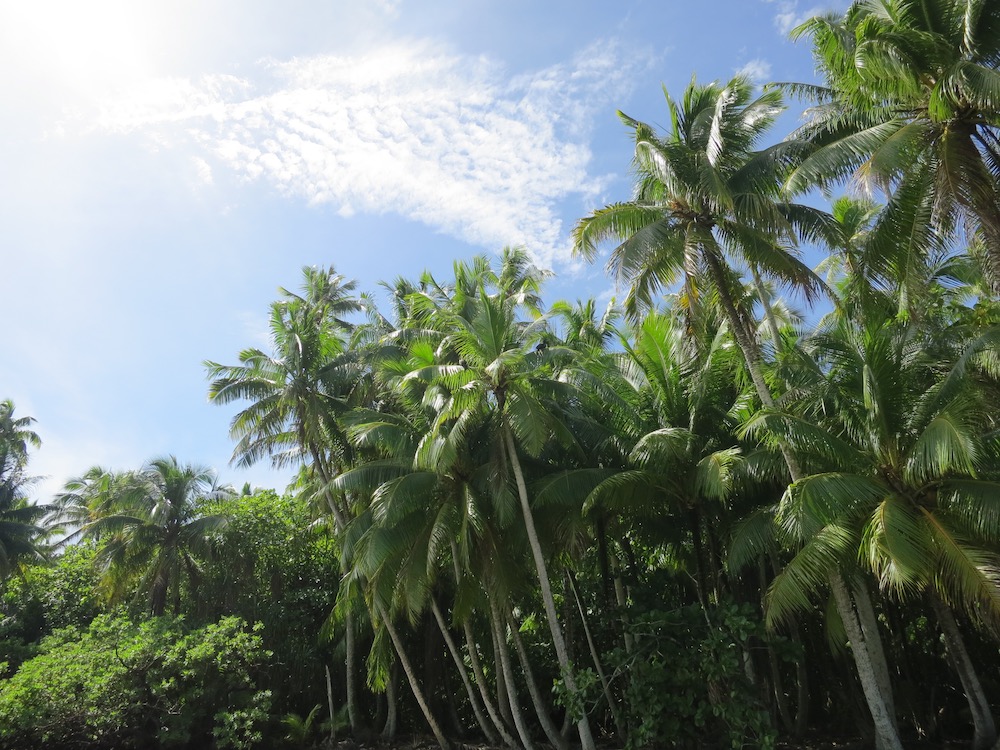 C. nucifera is a palm tree with a great capacity for natural dispersal. Coconuts can survive up to 100 days floating in the sea water and germinate when they make landfall, which facilitates the spreading of this species far from where it first developed. Once established in new coastal environments, C. nucifera can colonize the shoreline. In addition to its great ability to disperse, C. nucifera has a high germination rate, nuts have no dormancy, and do not require special treatments to germinate, can live off its own water, which also helps its establishment and dispersal into new habitats.

Humans have introduced coconut palms inland, off the natural coastal habitat of the species. We observe coconut palm plantations far inland on Tahiti and other high islands, as well as on atolls, where they can cover an entire motu. In the 1900s, plantations were thriving and the coprah industry was especially successful for islanders. On Tetiaroa, during that period, most of the motus were actively farmed for coprah.

C. nucifera palms are monocots composed of a columnar, light grey-brown, smooth trunk;  topped with a spiral of feather-shaped leaves (of 4-7 m long; 1-1.5 m wide). The trees usually reach 9-18 m in height and can grow to 30 m.

Inflorescence consists of clusters of both female and male axiliary flowers, coming from canoe-shaped sheaths. Female flowers are fewer and larger than male flowers. Fruits are ovoid shaped drupes, around 30 cm long and 20 cm wide, composed of a thick, fibrous husk surrounding a spherical nut with a hard, brittle, hairy shell. The fruit consists of (from the outside in) a thin hard skin (exocarp), a thicker layer of fibrous mesocarp (husk), the hard endocarp (shell), the white endosperm (kernel), and a large cavity filled with watery liquid (coconut water). The kernel is soft and jellylike when immature but becomes firm with maturity. Coconut water is abundant in young fruit but is gradually absorbed as ripening proceeds. The fruits are green or orange at first, turning brownish as they mature. 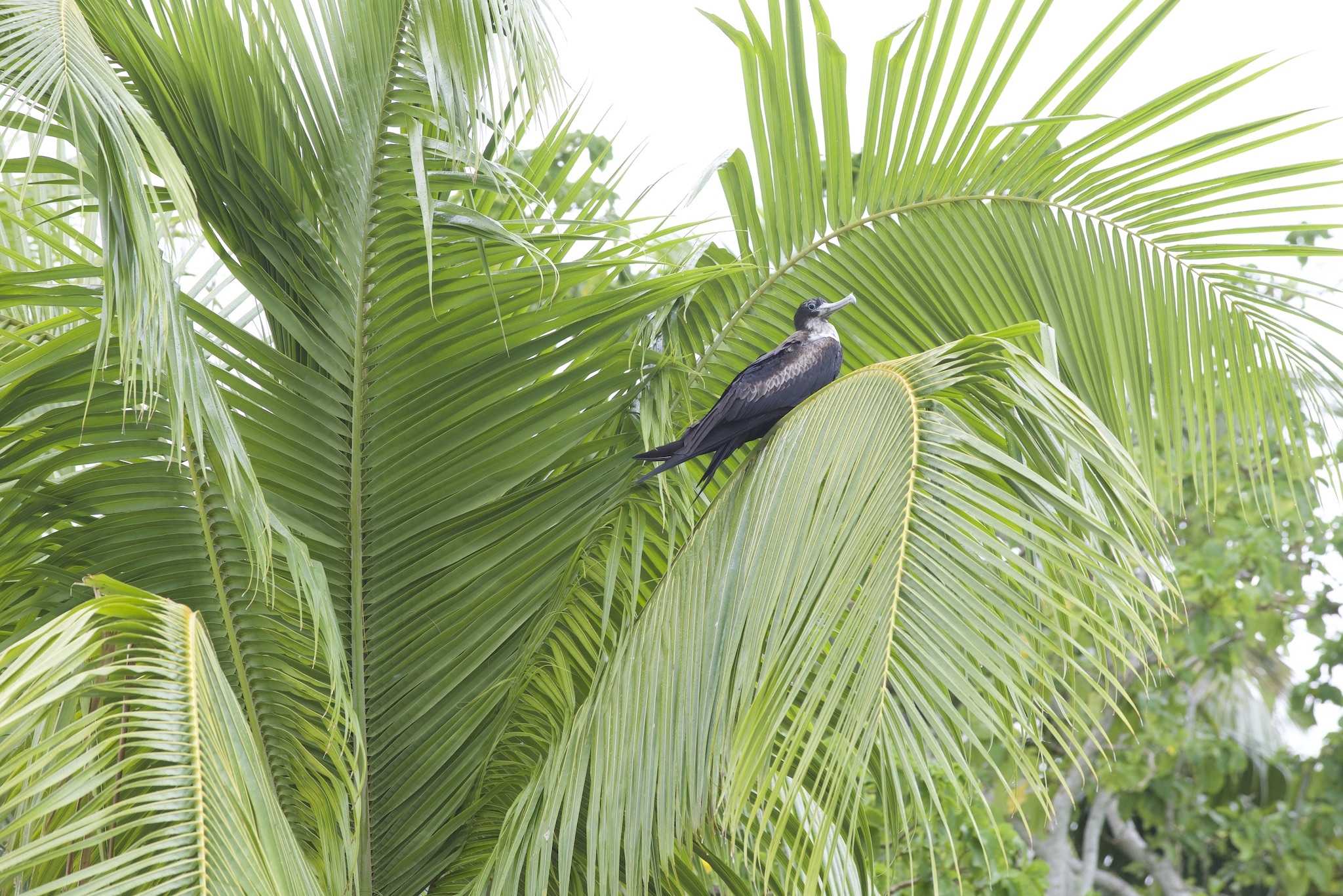 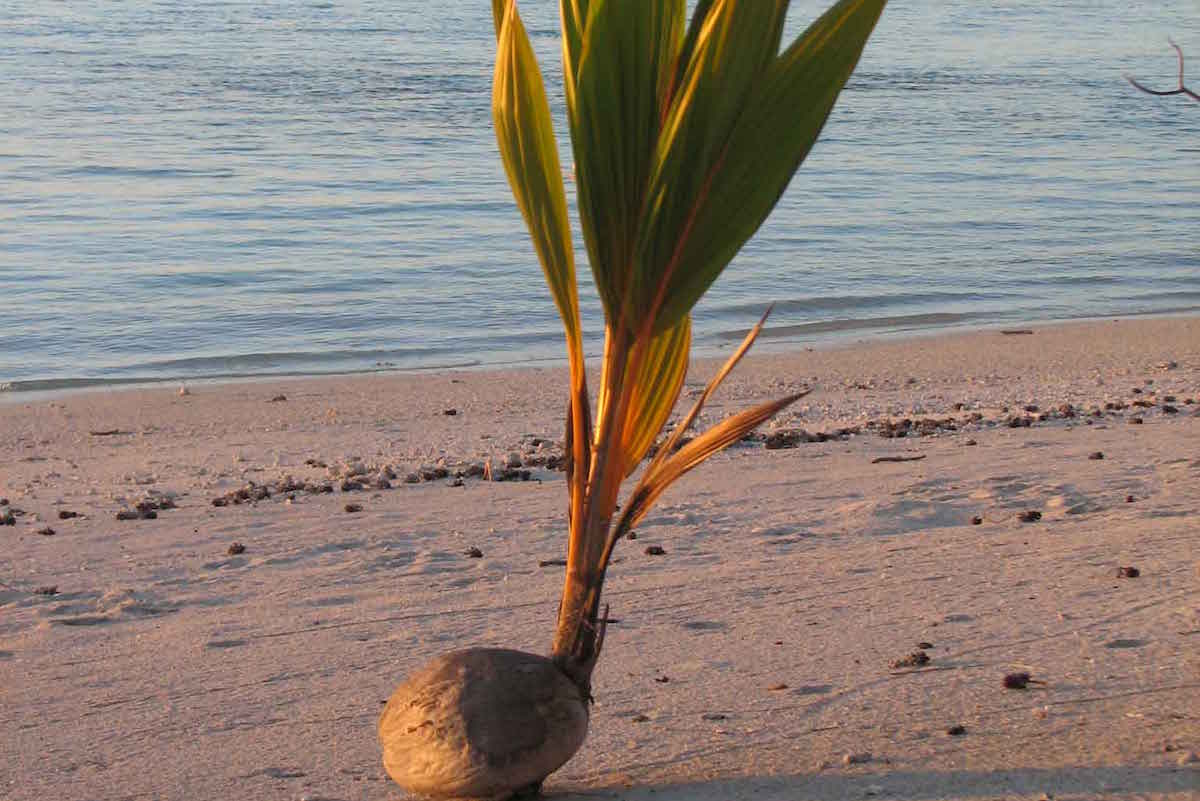 C. nucifera is considered a successful plant in conquering new habitats. In tropical or subtropical ecosystems where C. nucifera becomes dominant, it has been suggested that it may have negative impacts on floristic, structural and soil characteristics of coastal native forests. The high abundance of coconut plants has been associated with poor diversity of indigenous plants, comparatively low understory regeneration, and poor soil lacking in macronutrients and organic matter.  As for Tetiaroa, coconut palms are in minority on 4 islets, which leaves space for primary types of vegetation.  The perfect example of this is the Pisonia grandis forest on motu Reiono; it is the last one on Tetiaroa. It's grandeur leaves an impression on the guests of the Brando hotel during their Ultimate Tour.  The Pisonias or Puatea in Tahitian form a huge shady canopy on the islet, providing a roosting and nesting site for a great number of sea birds. In turn, the bird droppings fertilize soil; this 'white gold' is fundamental on atolls, and insures an abundance of plankton.

Despite its propensity for invasion, the "tree of heaven" has a lot to say in its defense. The story begins in South East Asia in a region called Malesia. It is believed that when the Polynesians migrated into Pacific 4500 years ago, they carried coconut palms with them.

Polynesians settled in the South Pacific before 1000 AD, and since then, they have patiently bred several cultivars adapted to different uses. Thanks to their special technique of pollination, together with the cultivation of new varieties in successive plantations on new islands, a wide range of cultivars now exist with specialized morphological forms.

These different cultivars are well described in the book Ancient Tahiti by Teuira Henry, published 1928. This precious book mentions 16 varieties, which have been passed down from generation to generation of islanders. These varieties are now threatened by globalization of trade, cultural leveling, industrialisation and changes in agriculture. Roland Bourdeix put C. nucifera and its diverse cultivars under the spotlight and came up with a germ plasm conservation project. At the same time he connected this conservation project with traditional conservatoires, such as the island named Niu fou (=New coconut) in Tonga where a special cultivar is known to provide huge coconuts. The remoteness of the island secures the survival of the species.

Rennell, a high volcanic island of the Solomon Archipelago, is also well known for its unique cultivar of coconut called 'Rennell Island Tall', which produces the largest nuts in the world. The fruit provides more food, more water, and longer fibers. 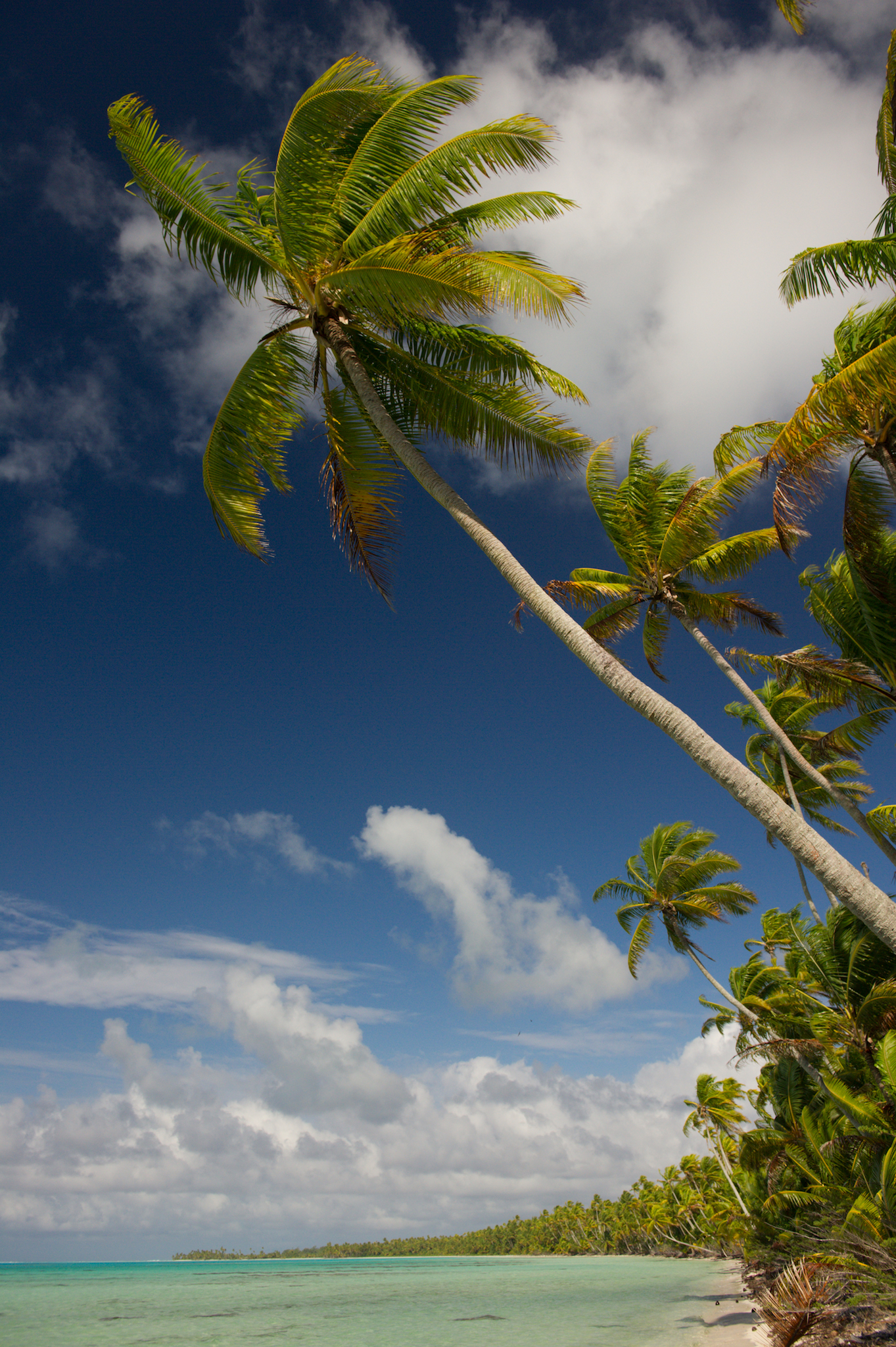 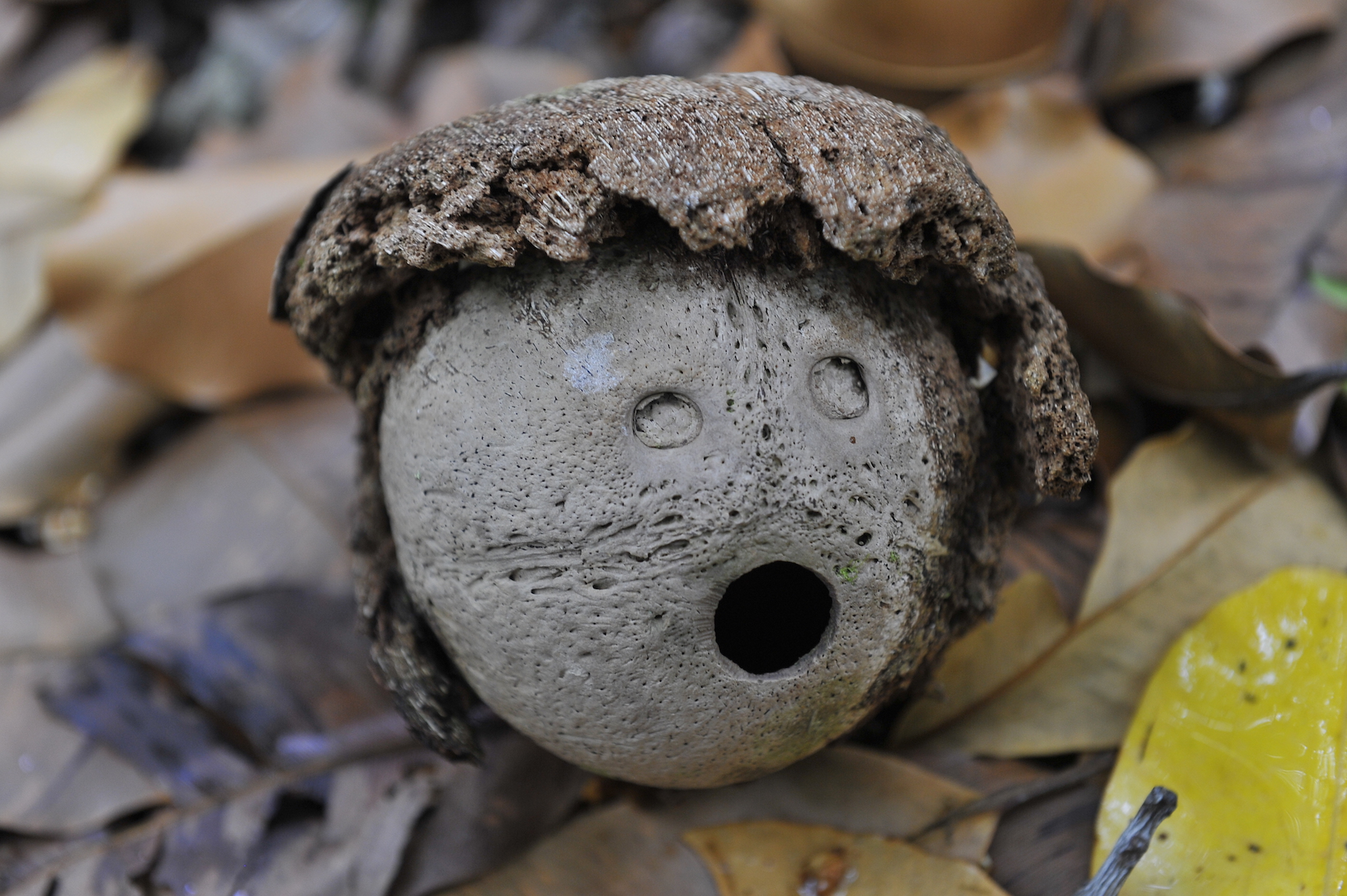 TETIAROA Atoll as well had been selected to participate in the conservation project to preserve rare varieties . In 2006, Teihotu Brando indicated the presence of a pretty rare variety of coconut with horns on Tetiaroa. Indeed only 10 palm trees of this cultivar had been described in the world. In April 2010 more horned coconuts were planted on 1 motu.

Today, Tetiaroa is a conservatoire of horned coconut cultivar. We hope that someday Tetiaroa will host other threatened varieties of coconuts such as the sweet husk cultivar, or « moro ati »cultivar (the fruit of which undergoes desiccation before falling from the mother tree).

As part of the Conservation And Sustainable Use Plan for Tetiaroa,the atoll restoration ecology program is a top priority program. Once Tetiaroa is rat-free, the atoll will be a sanctuary for the re-introduction of endangered bird species and threatened plant species.

C. nucifera is an integral part of the Polynesian culture. During the settlement of the Pacific, coconut palms were a vital ressource and fuel for survival for Polynesians. Today, coconut trees still provide food, water, oil, medicine, fibre, timber, and fuel for some people living on more remote islands.

Today, certain cultural aspects of the usage of different parts of the palm tree , as the preparation of traditional medicines,  making of traditional weaving of coconut fronds and husk fiber, the construction techniques are disappearing from common knowledge and not passed down to young Polynesians .

Will the tumu ha'ari be appreciated for its varied contribution for a long time? It's up to us to decide. 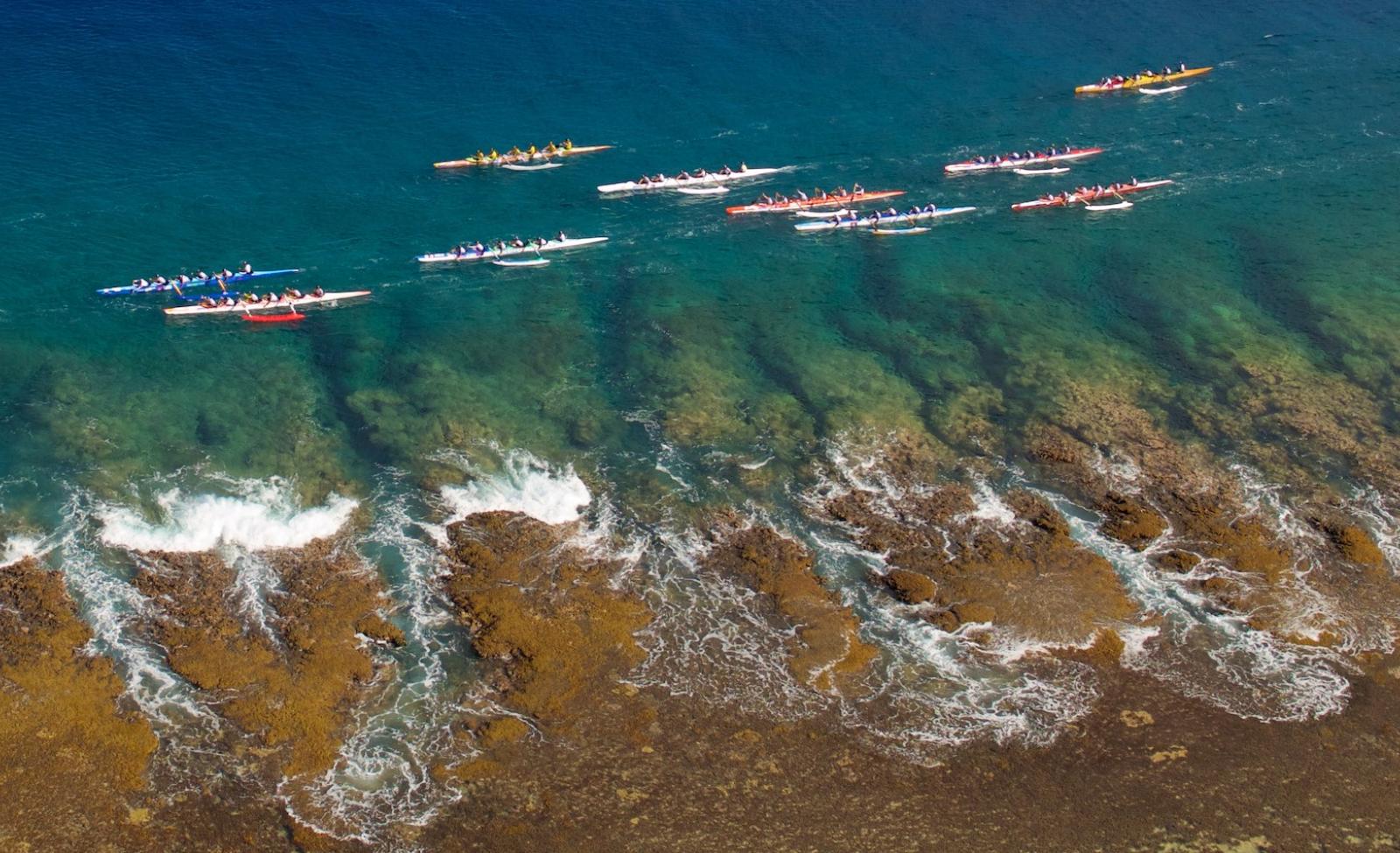 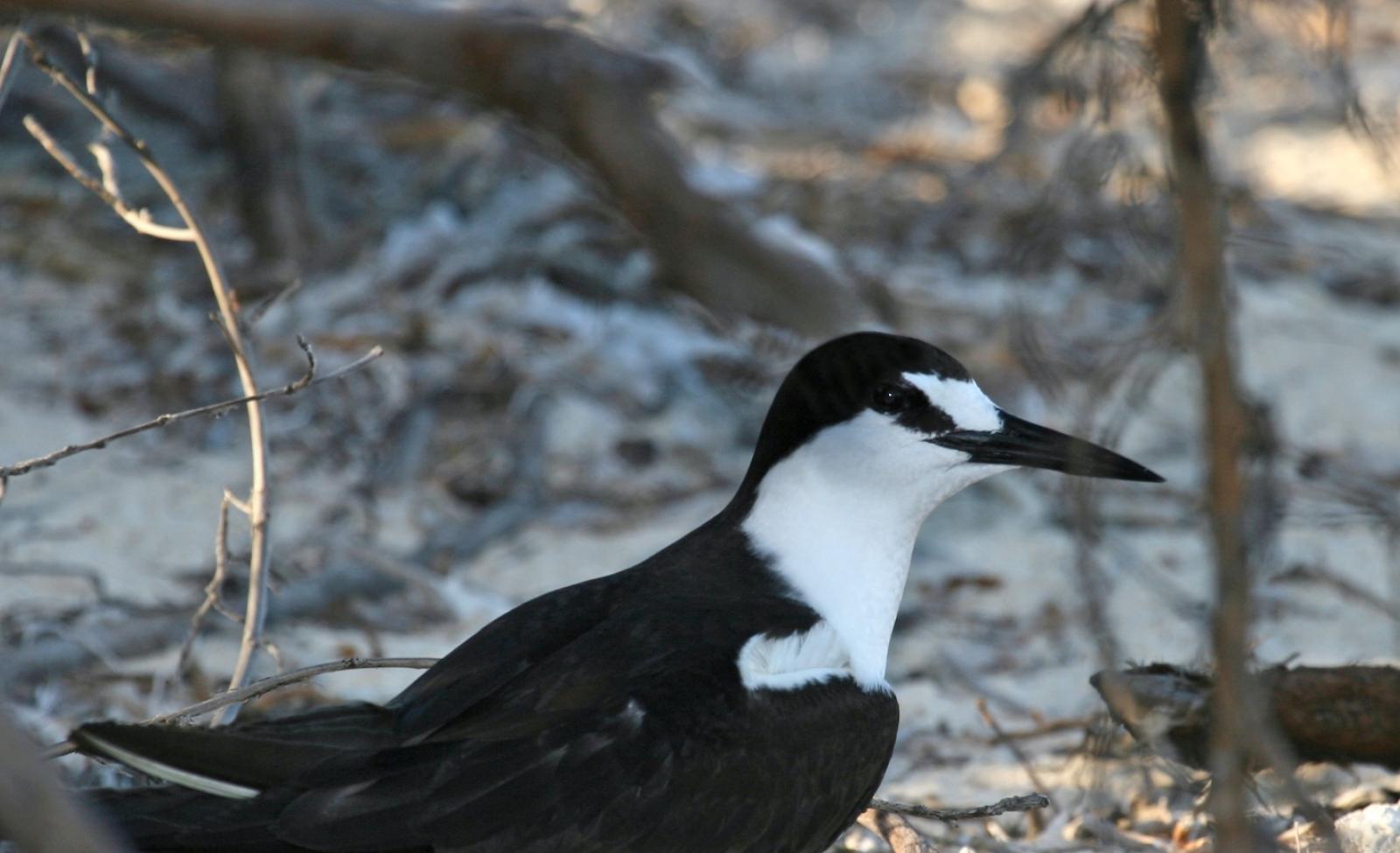 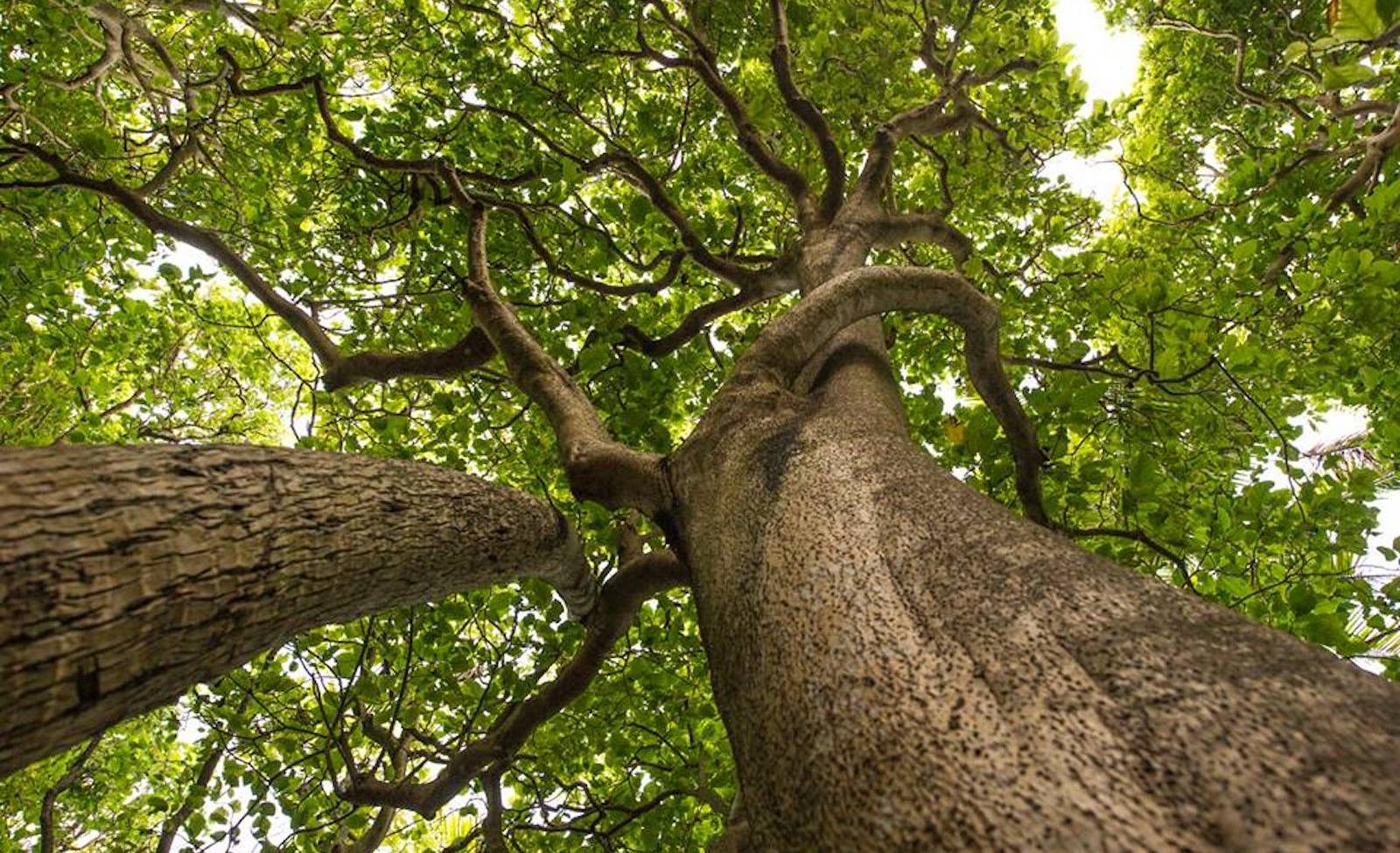 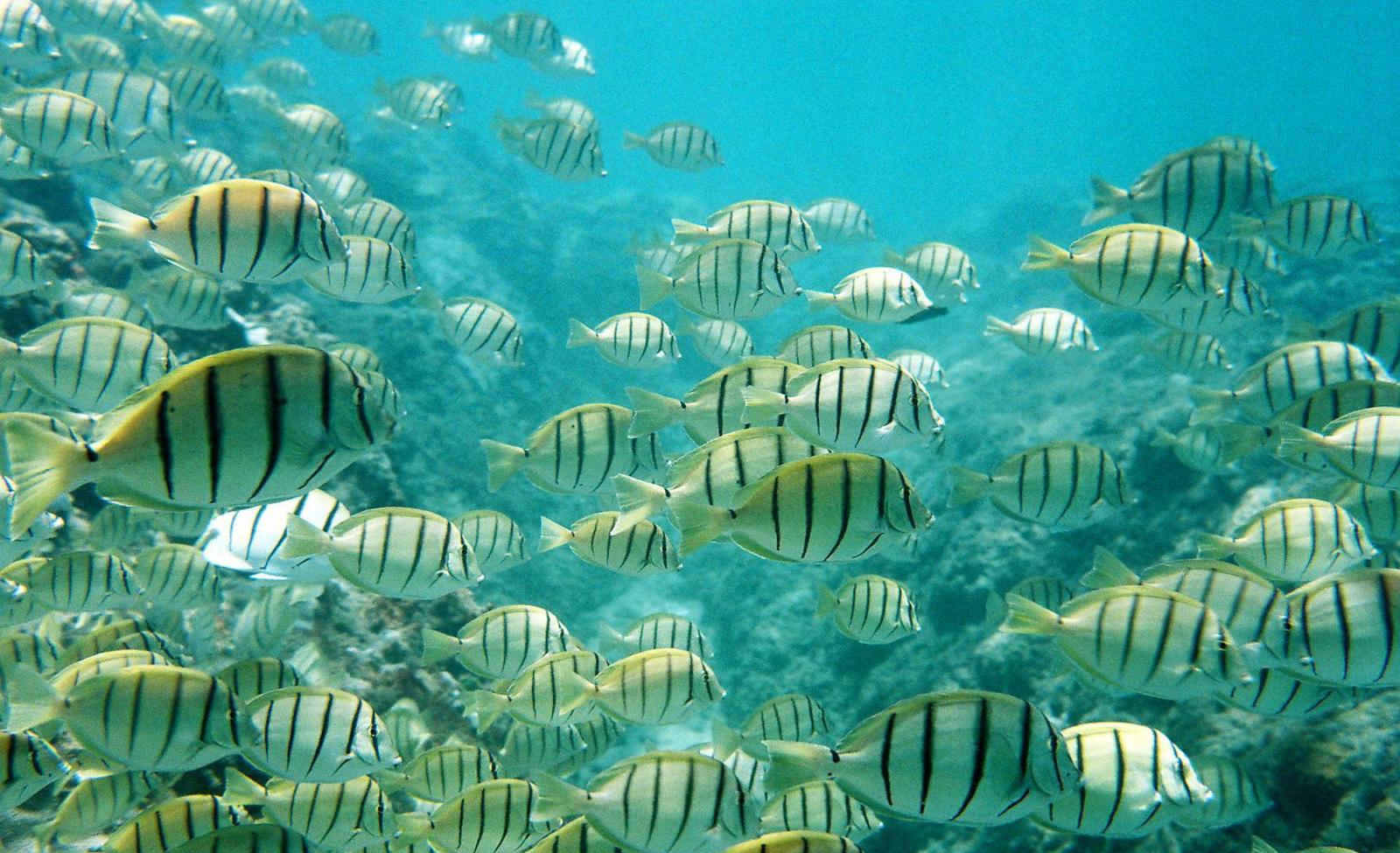 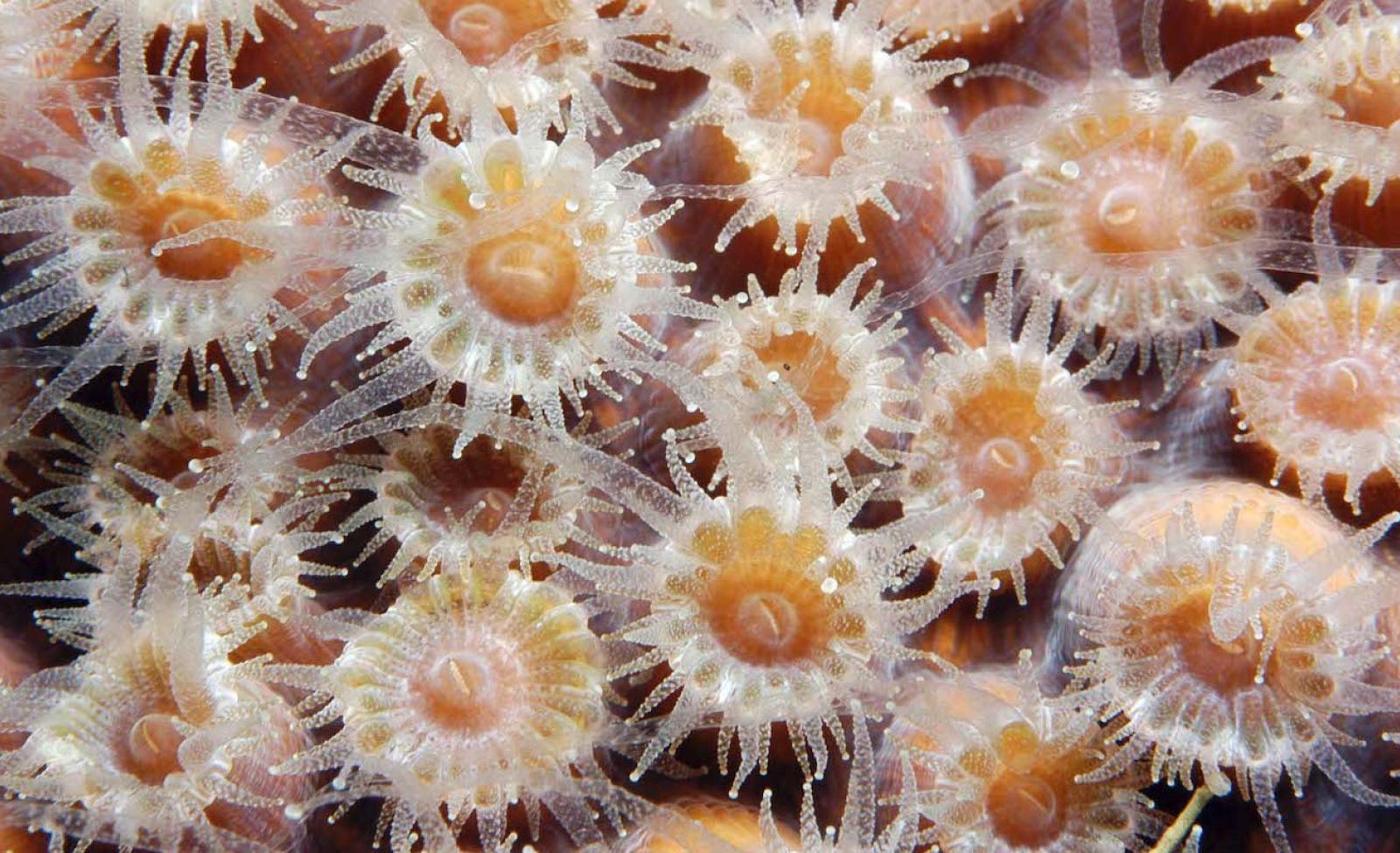 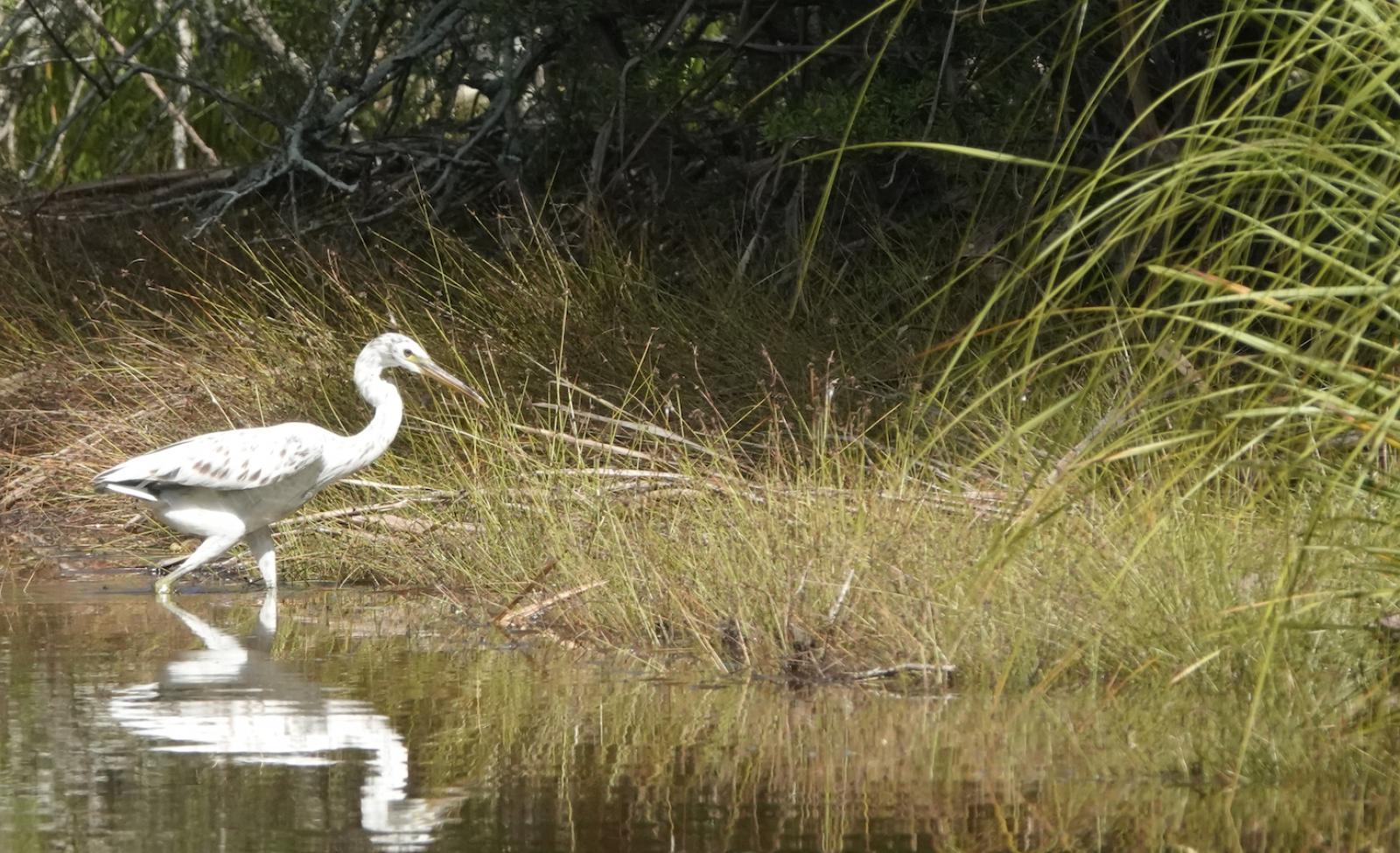 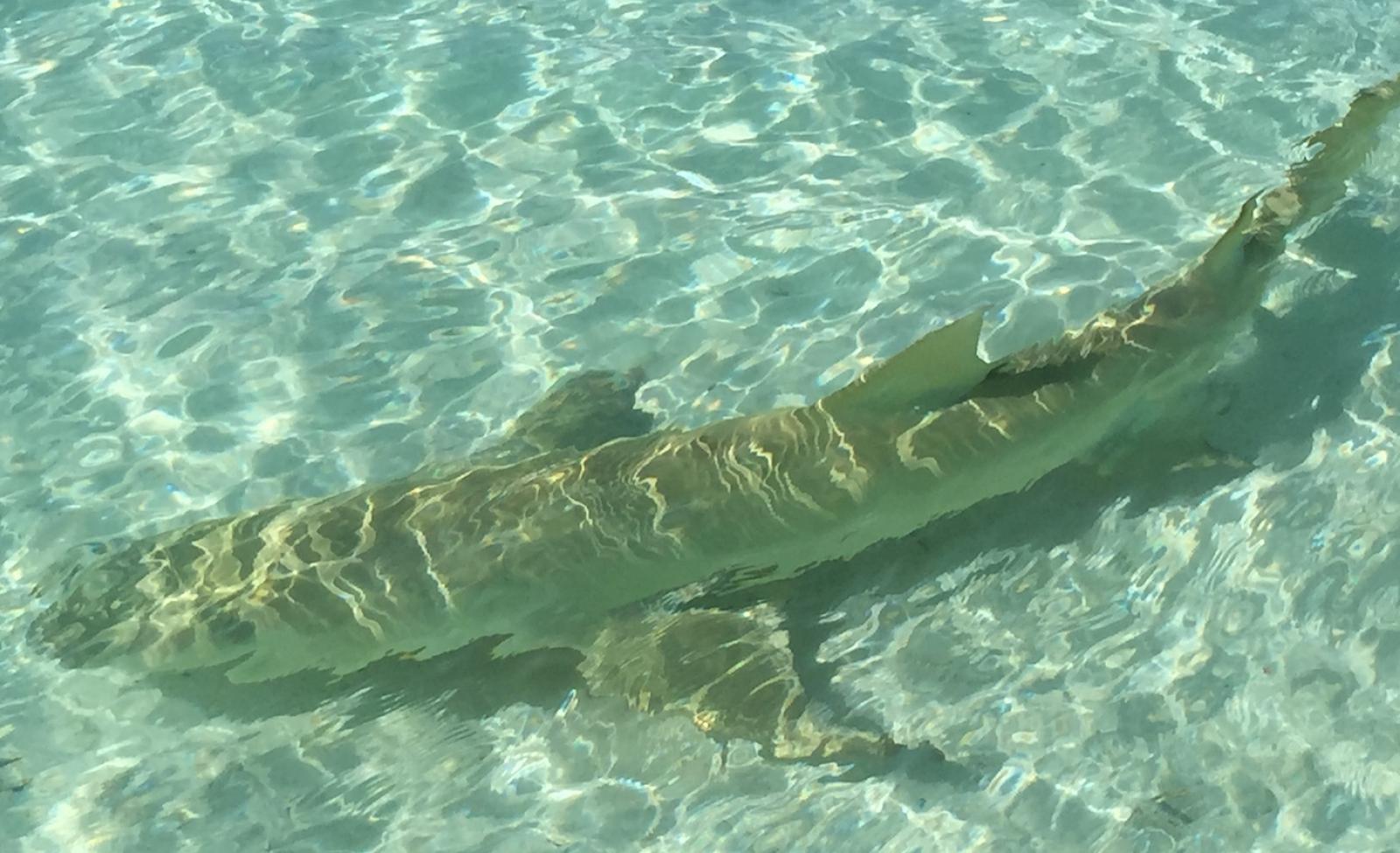 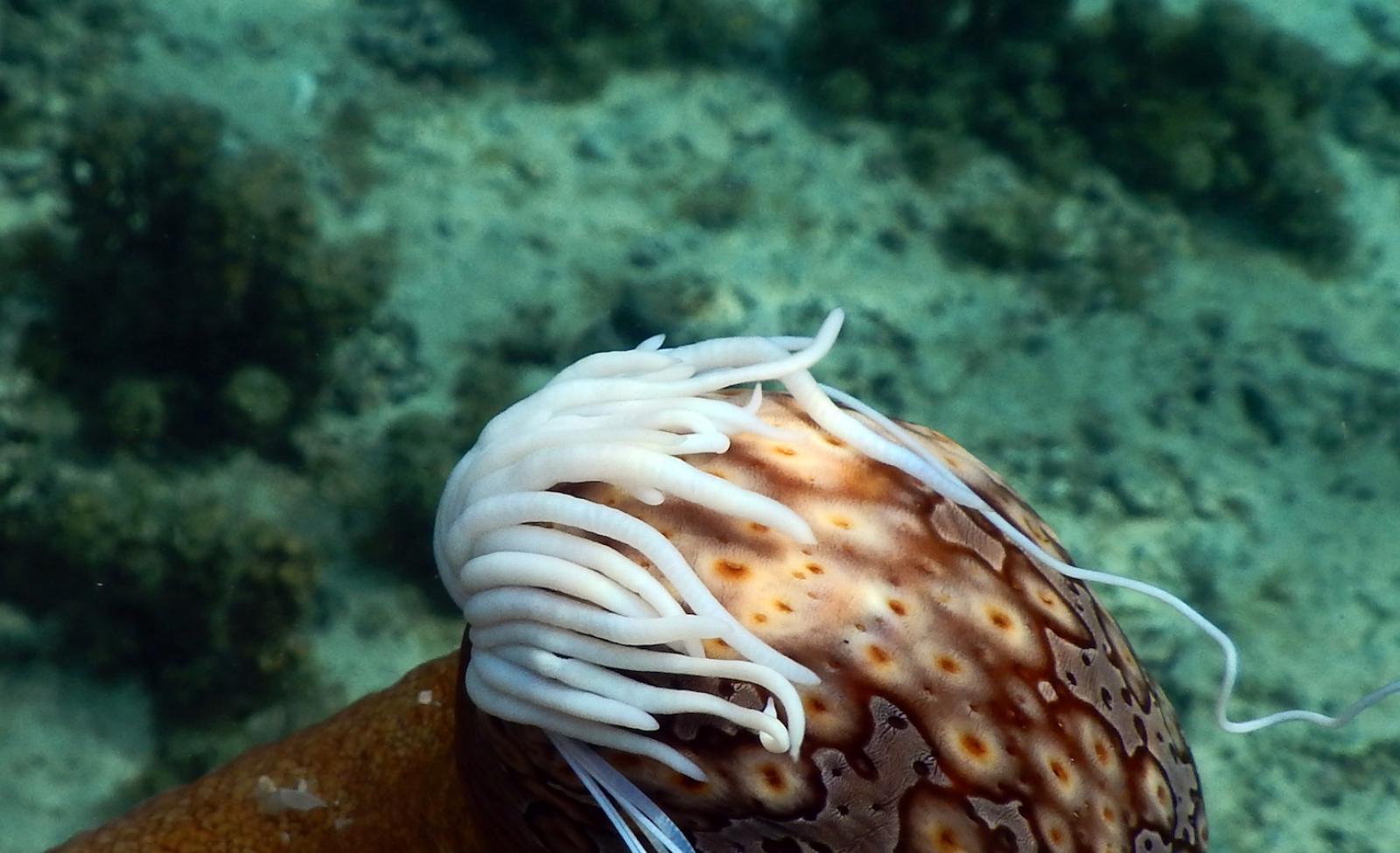 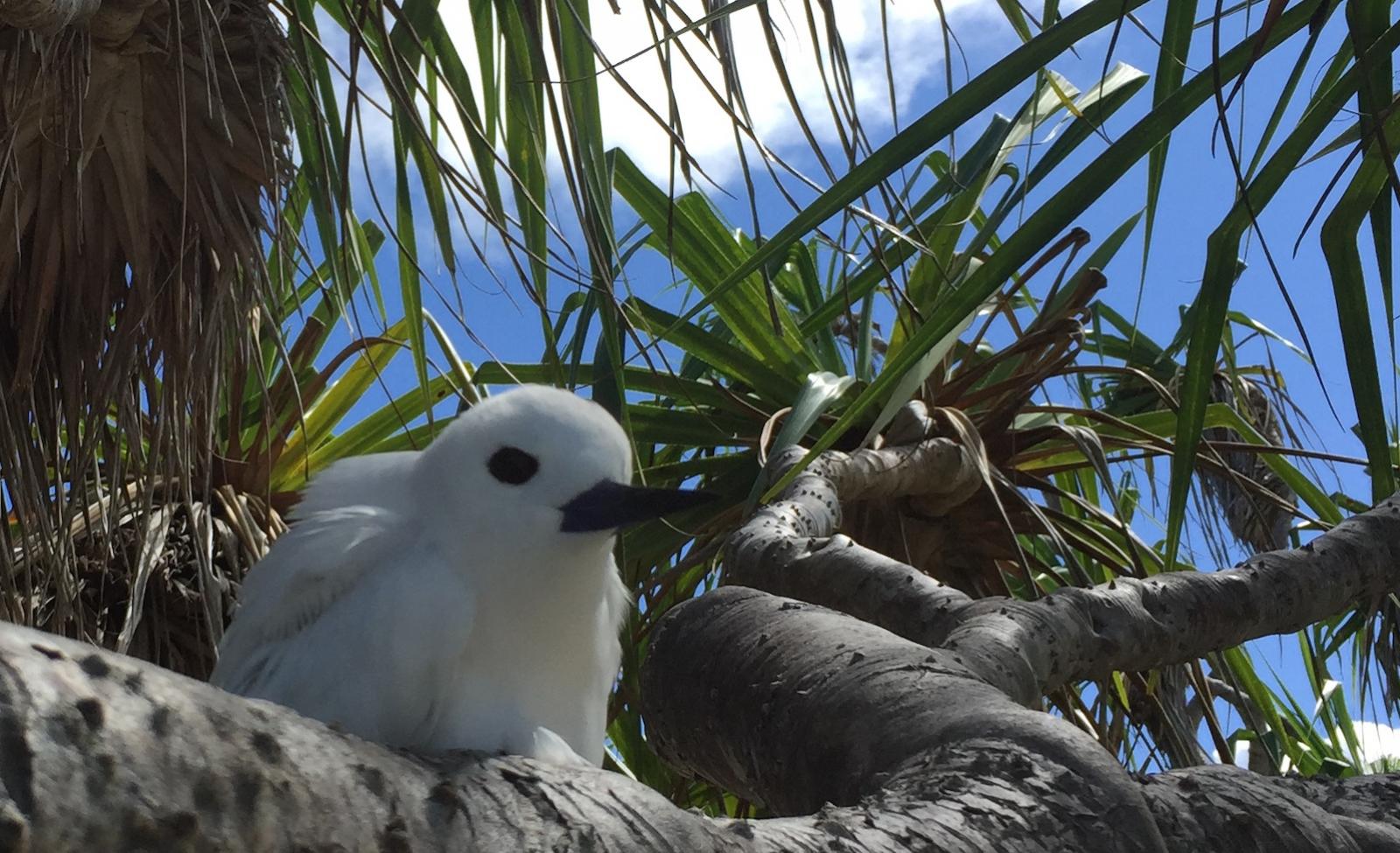 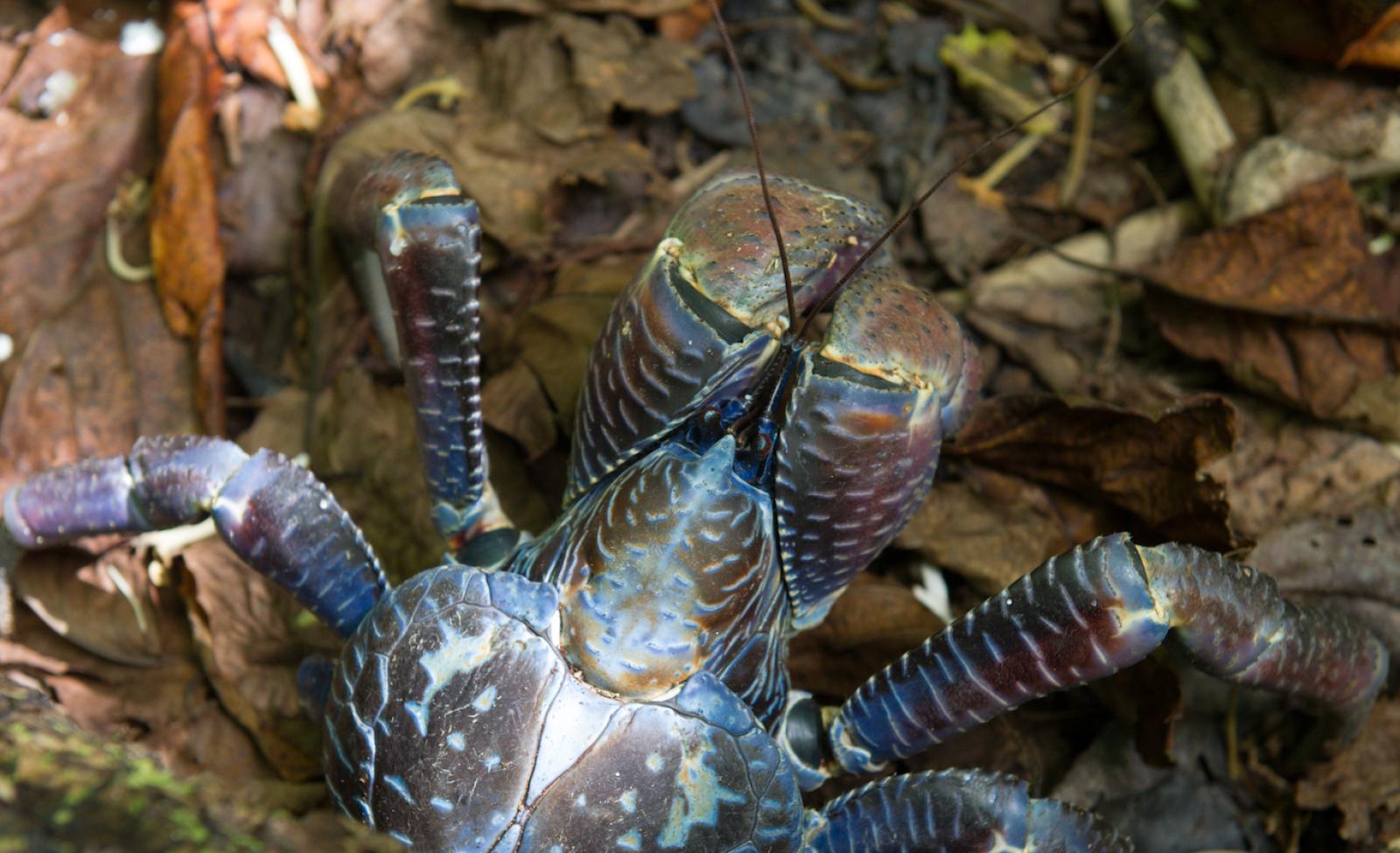 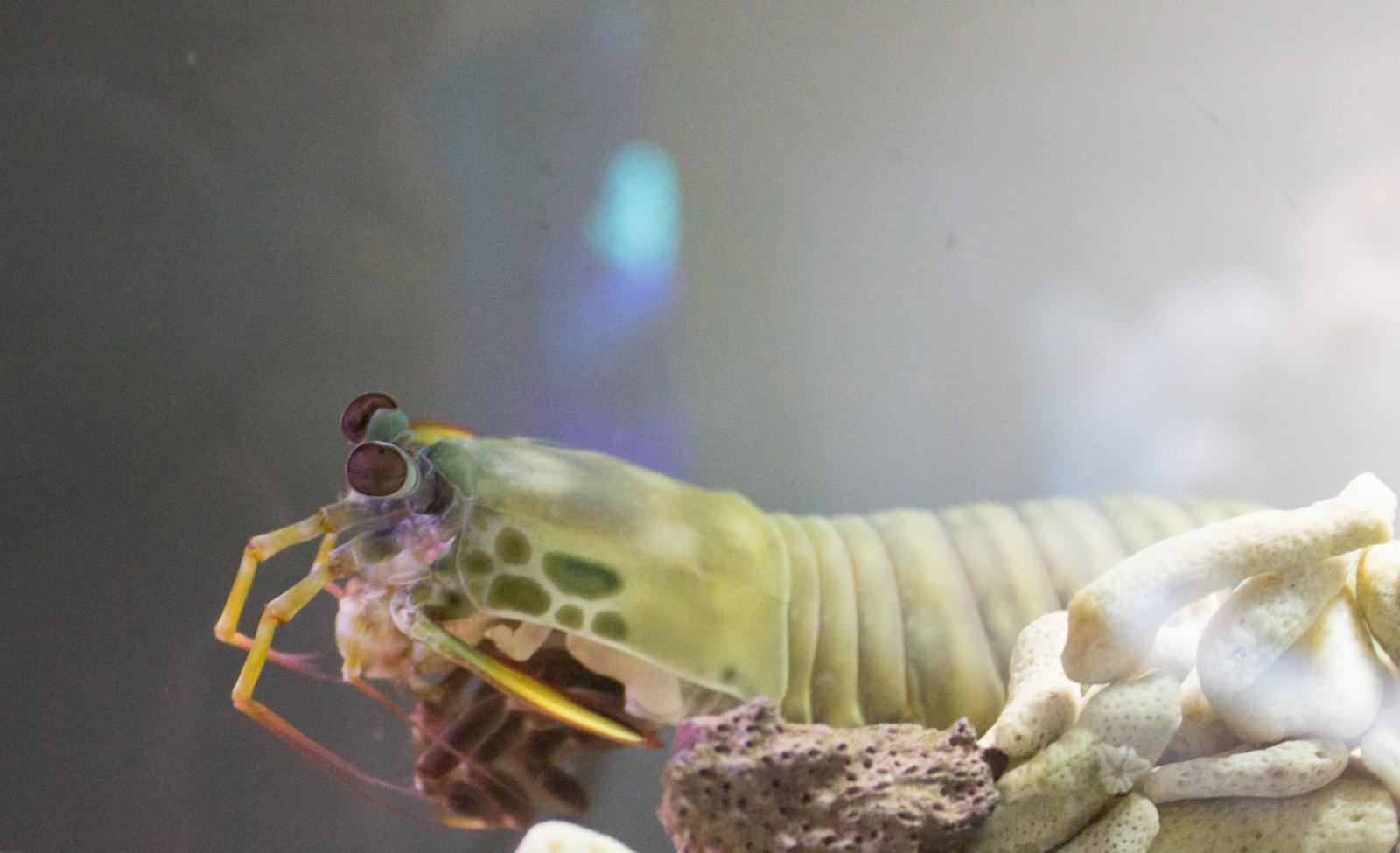 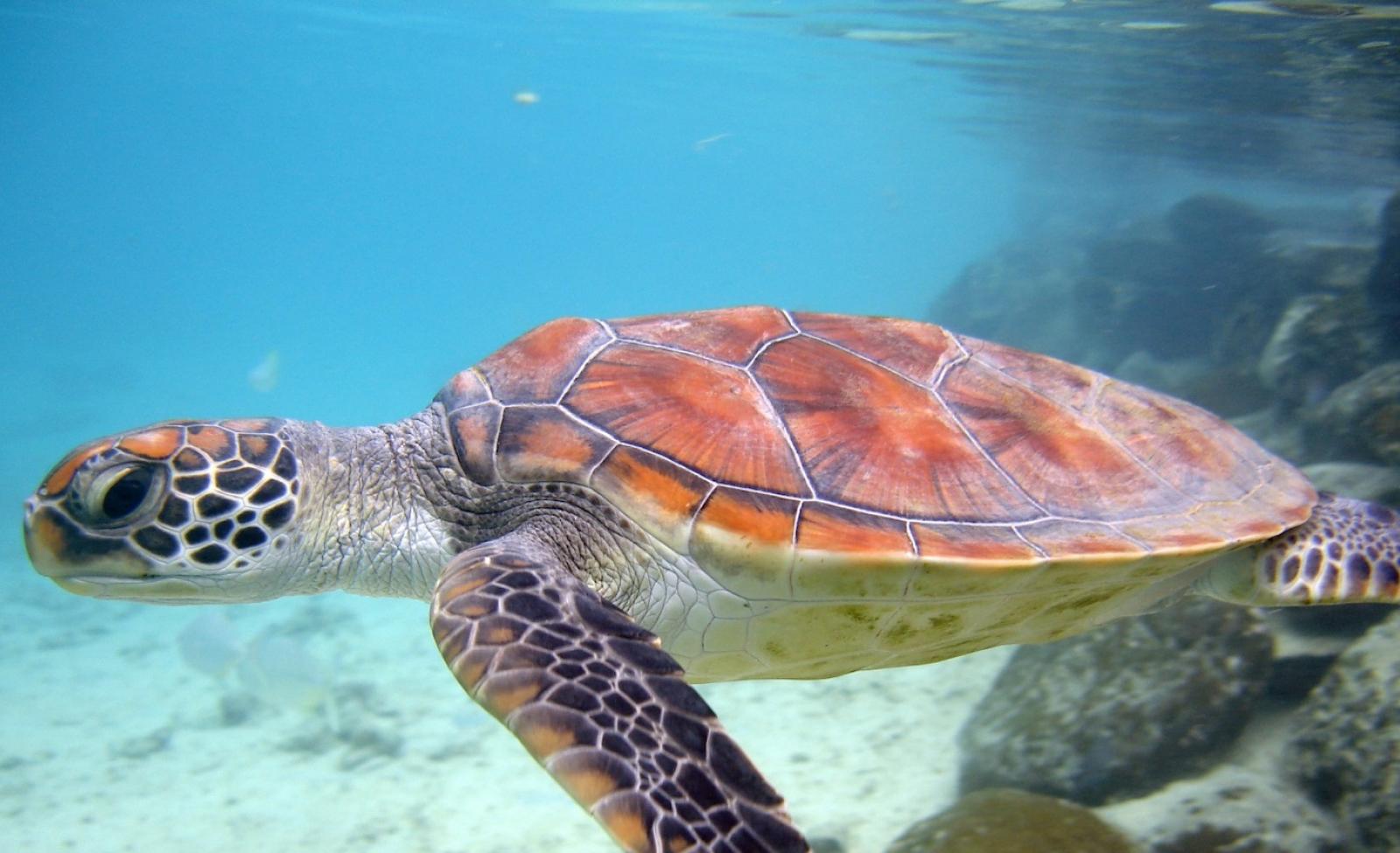 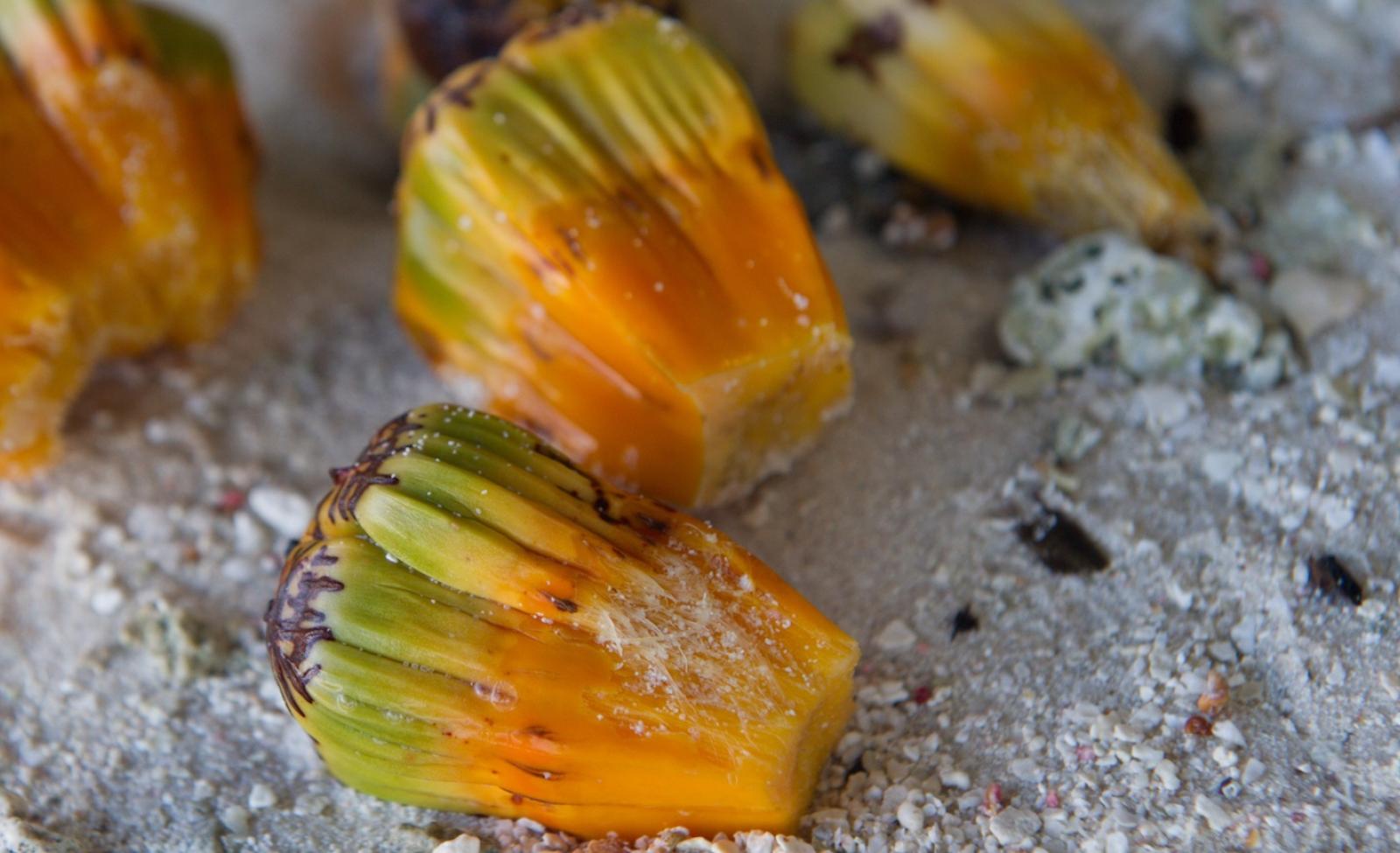 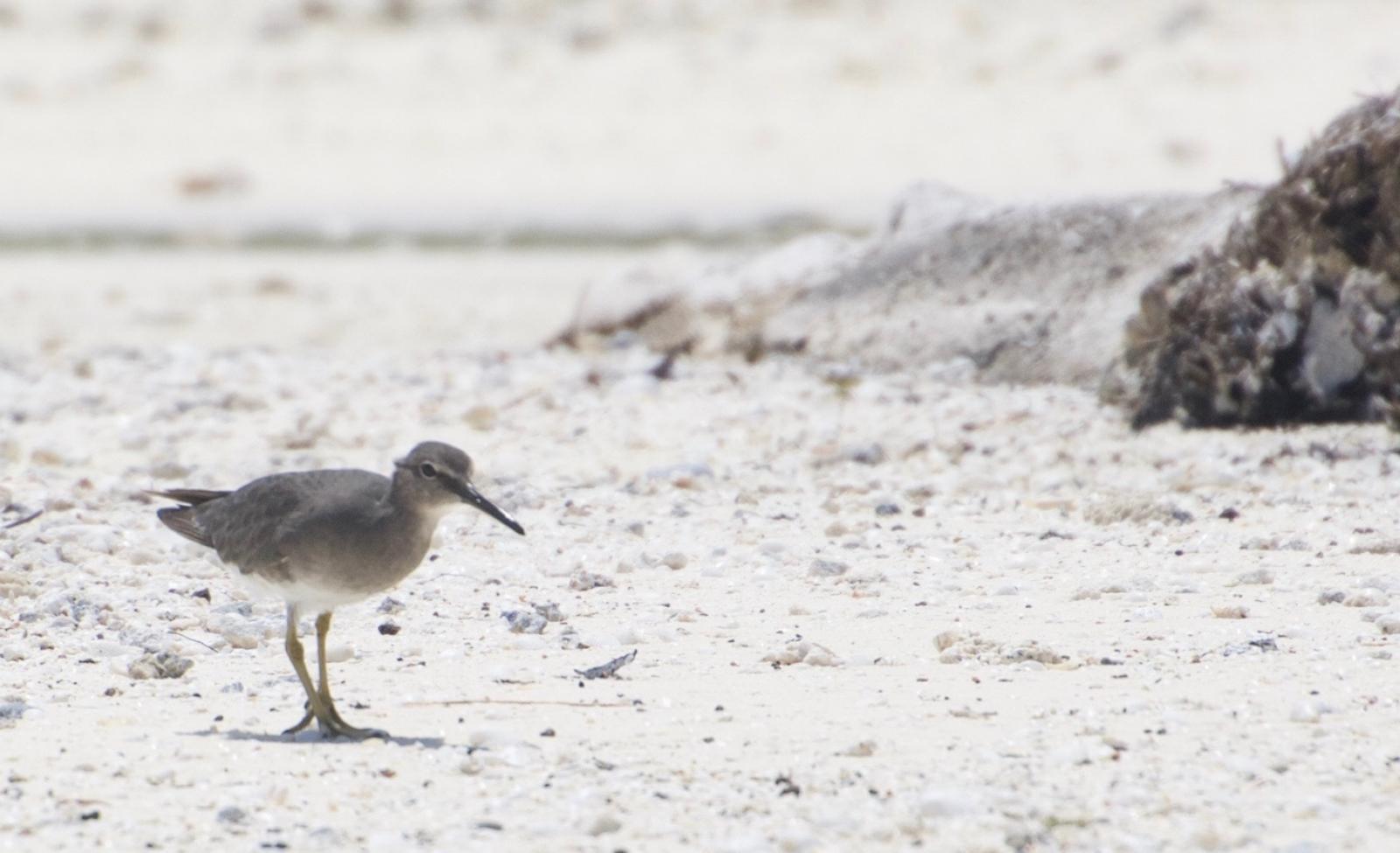 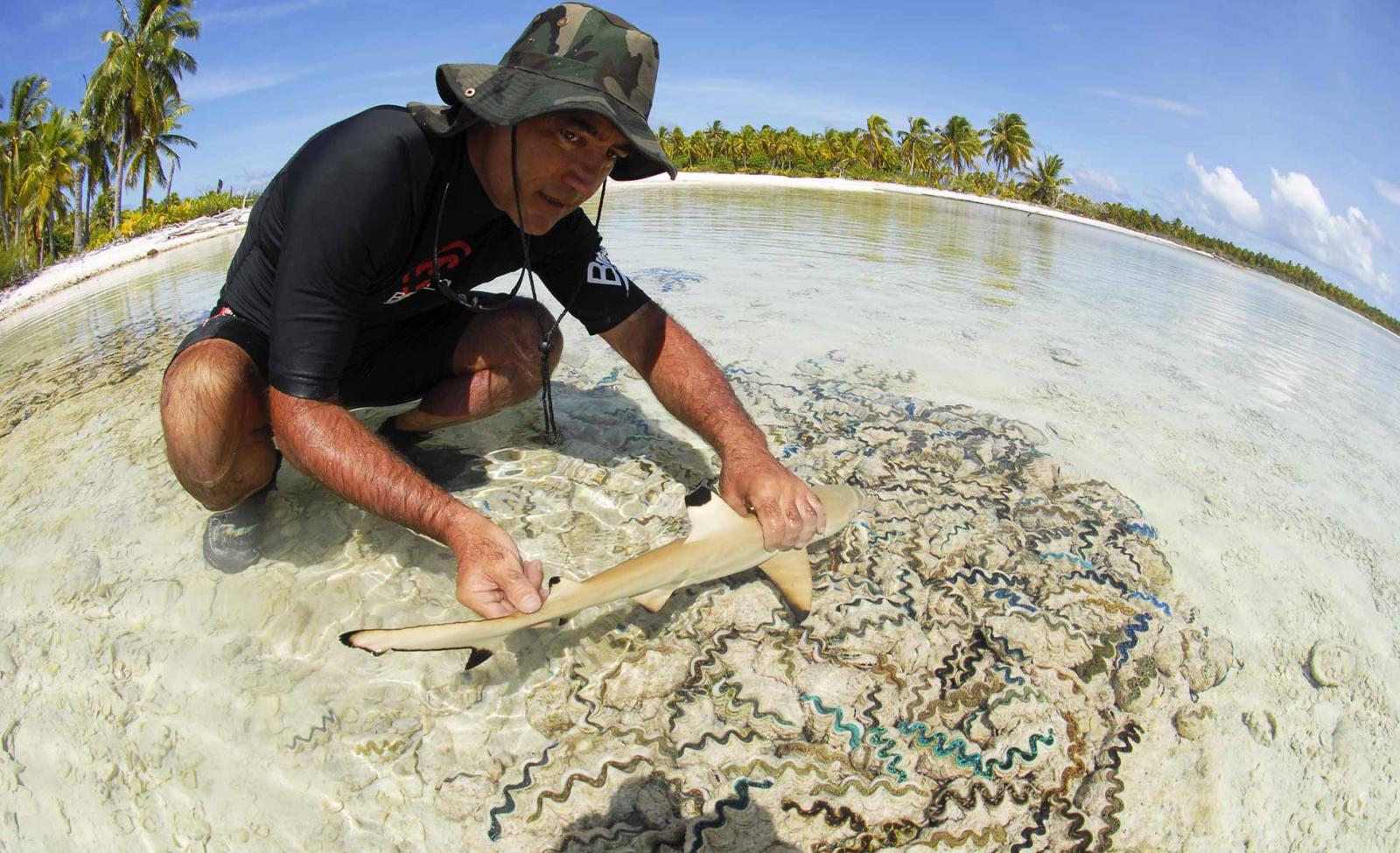 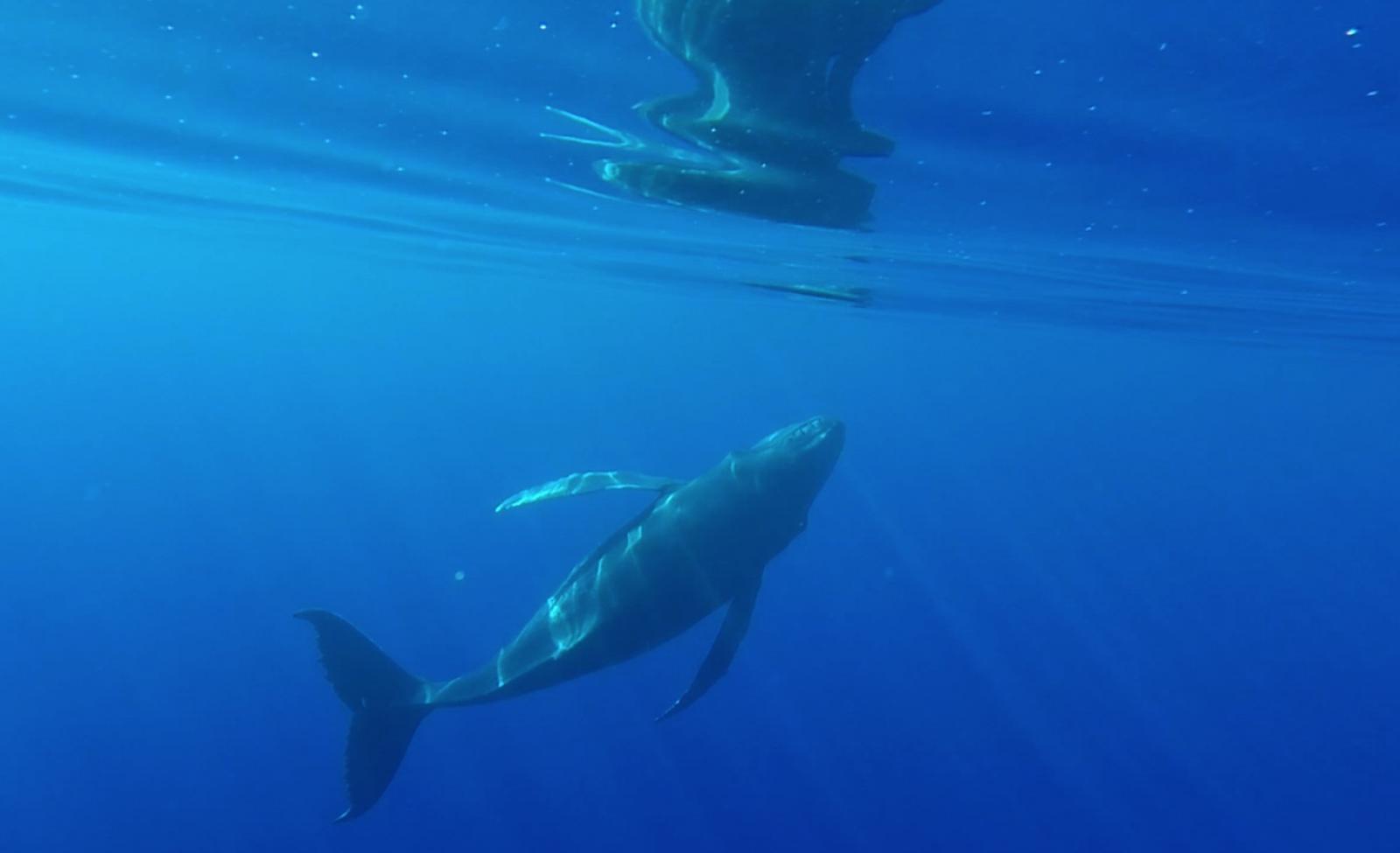 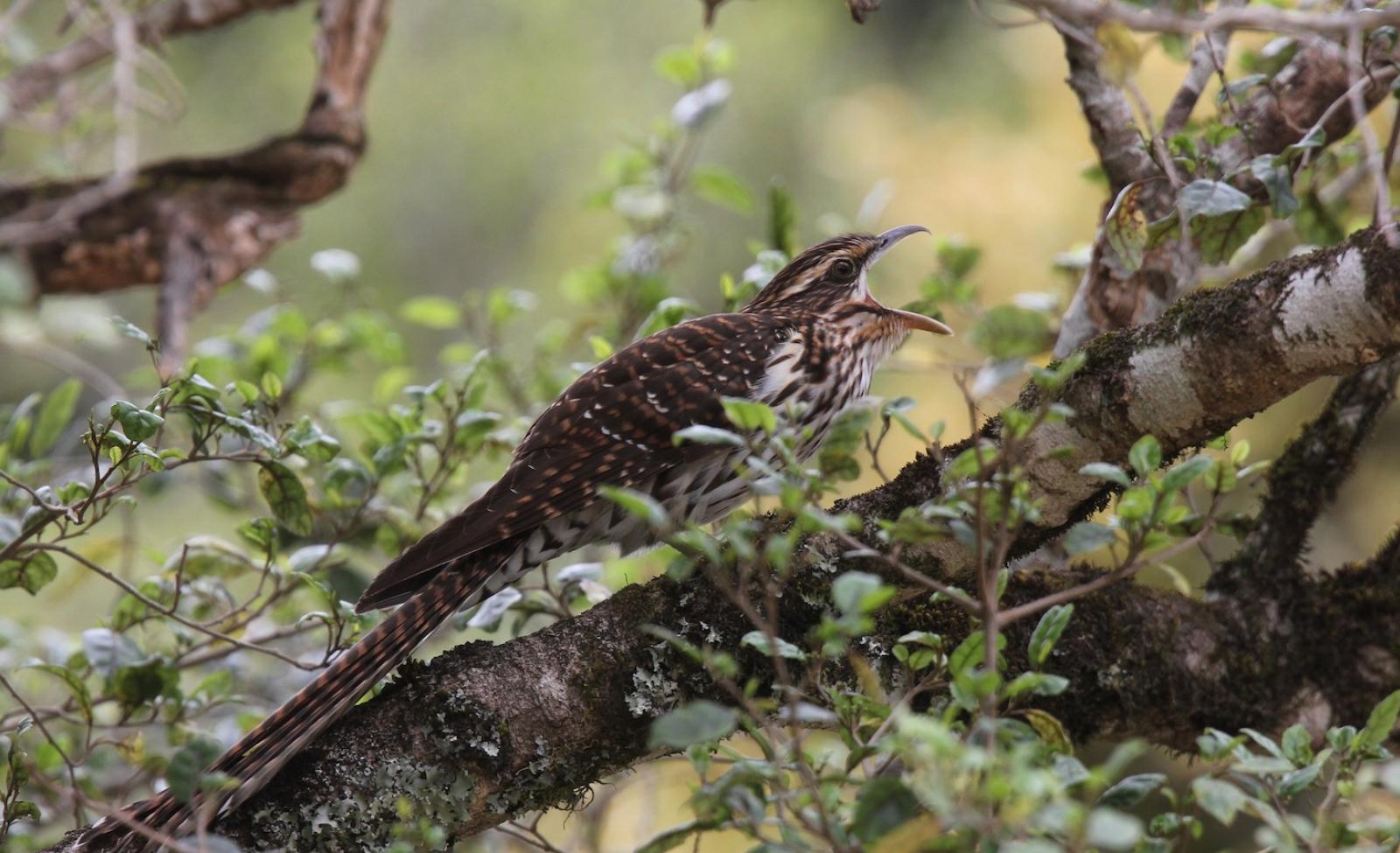 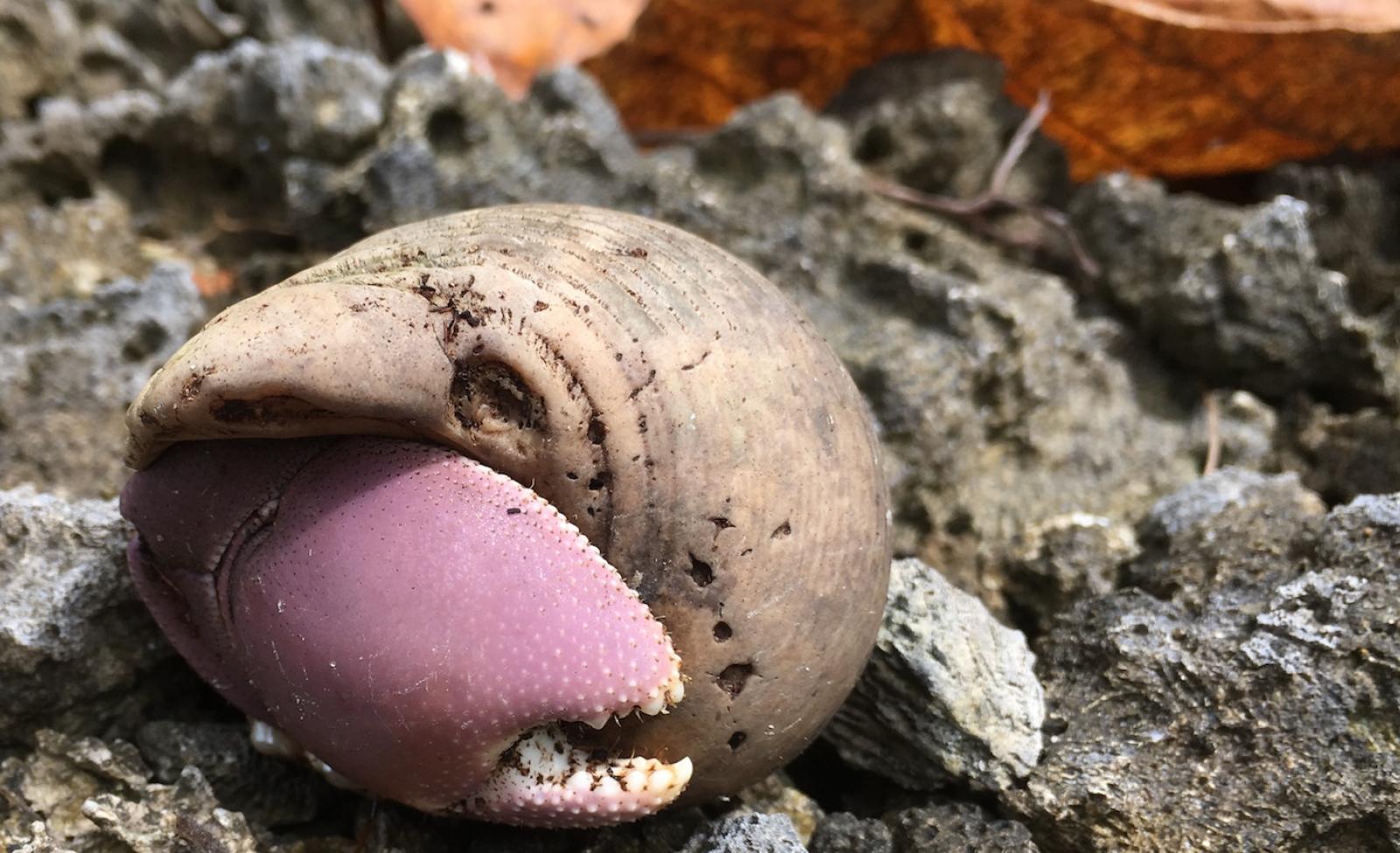 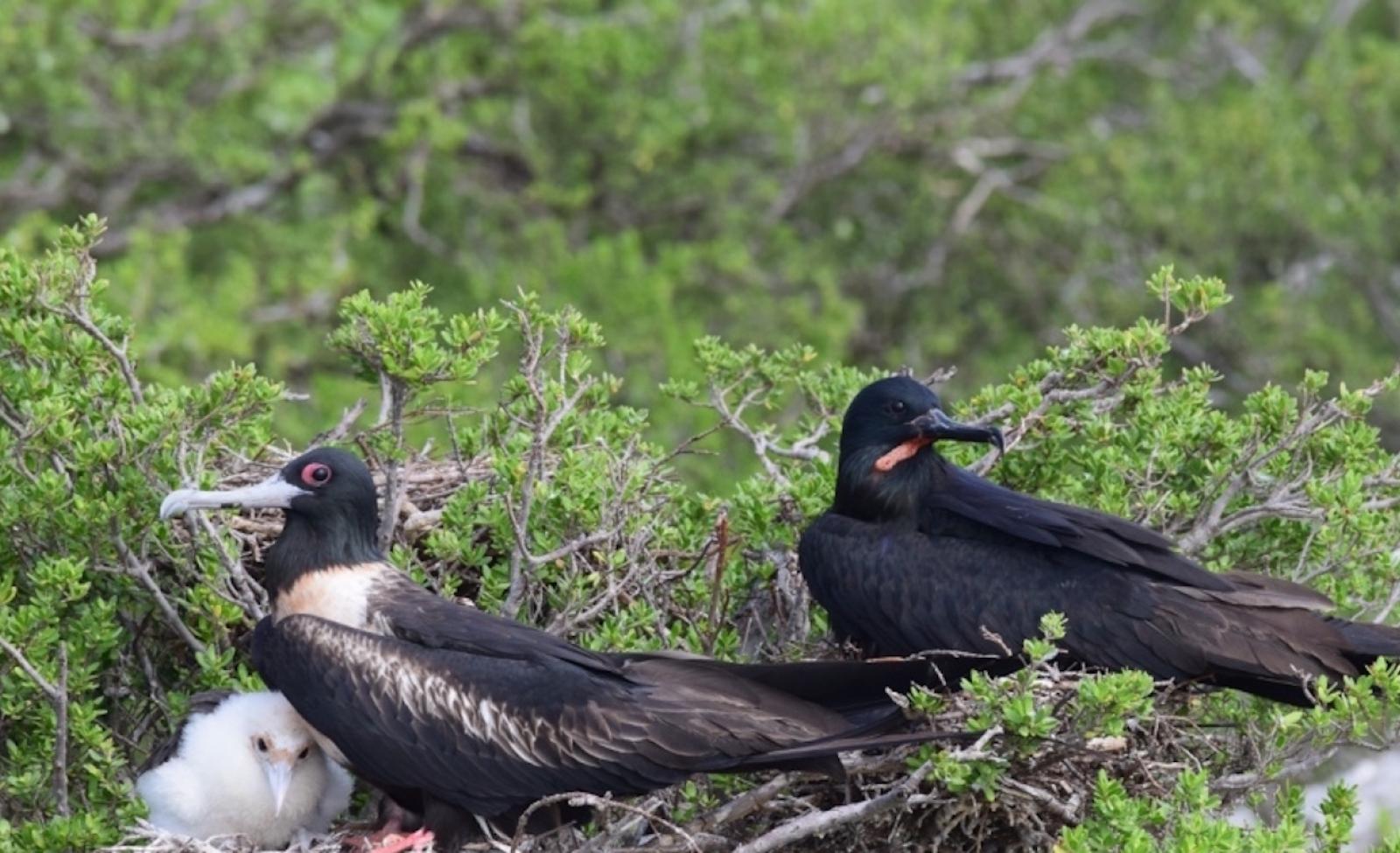