Dr. Serge Planes has been involved in the study of population genetics of marine fish since the beginning of his career that started with his PhD in 1989. Over the past 20 years, he has published about 65 papers in international journals dealing with the population genetics of coral reef fishes and an additional 50 papers dealing with ecology, ecology of marine protected areas and recruitment of marine fishes. ISI Essential Science Indicators (ESI) analyzed research into coral reef ecosystems in the past decade (1995-2005) and ranked his work at #19 in the world out of 5,060 authors.

His early work suggested that coral reef fish populations are much more limited in space than was generally believed prior to the early 90s. Most of the recent work using both genetic markers and other techniques has confirmed Dr. Planes’ view that marine populations conform to a stepping stone model, with limited gene flow occurring between adjacent populations and most renewal being from self-recruitment. This view has major implications for conservation planning.

Such international recognition led to him being invited to participate as a member of the Australian Centre of Excellence on Coral Reefs and he has recently been incorporated into the scientific committee of the 12th management, held every 4 years, with the next one being held in Australia. Together with his international recognition, Dr. Serge Planes has gained experience in managing large scheme grants by coordinating two major European programs (BIOMEX, Fish & Chips) for €4.5 and €2.8 million respectively. Meanwhile, he has been involved as a partner and work-package leader in another five European projects (SETMORT, ECOMARE, INTERACT, SARDYN, EnviEFH, EMPAFISH) providing essential experience in managing large groups of scientists.

In the meantime Dr. Serge Planes has been co-PI in two NSF grants, two ARC grants (Australia), a International coral reef symposium, a major event on coral science and Moore foundation project (BIOCODE) and several smaller international joint grants. Within France, Dr. Serge Planes has been involved in two ANR grants and is the coordinator for a new one starting in 2010 (ANR blanc). This is not to mention other major grants awarded, in which Dr. Planes is the coordinator: two Total Foundation grants and three Etat-Territoire projects in French Polynesia, each one for more that €250.000.

Presently Dr. Serge Planes is directing the LABEX “CORAIL” awarded in 2011 for 10 years, this being the major structural framework for research on coral reef ecology in France. 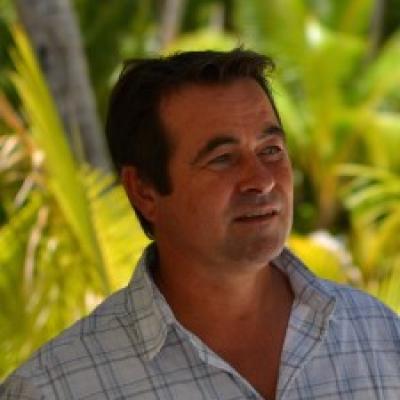