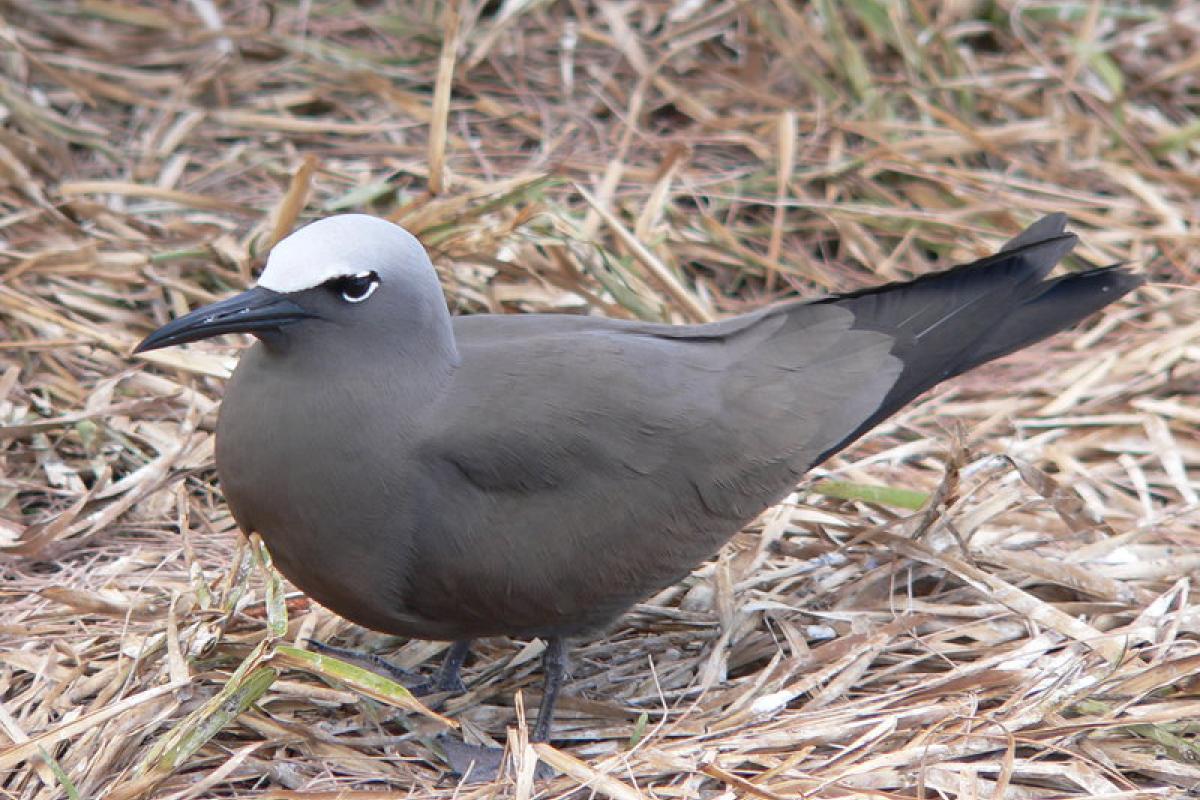 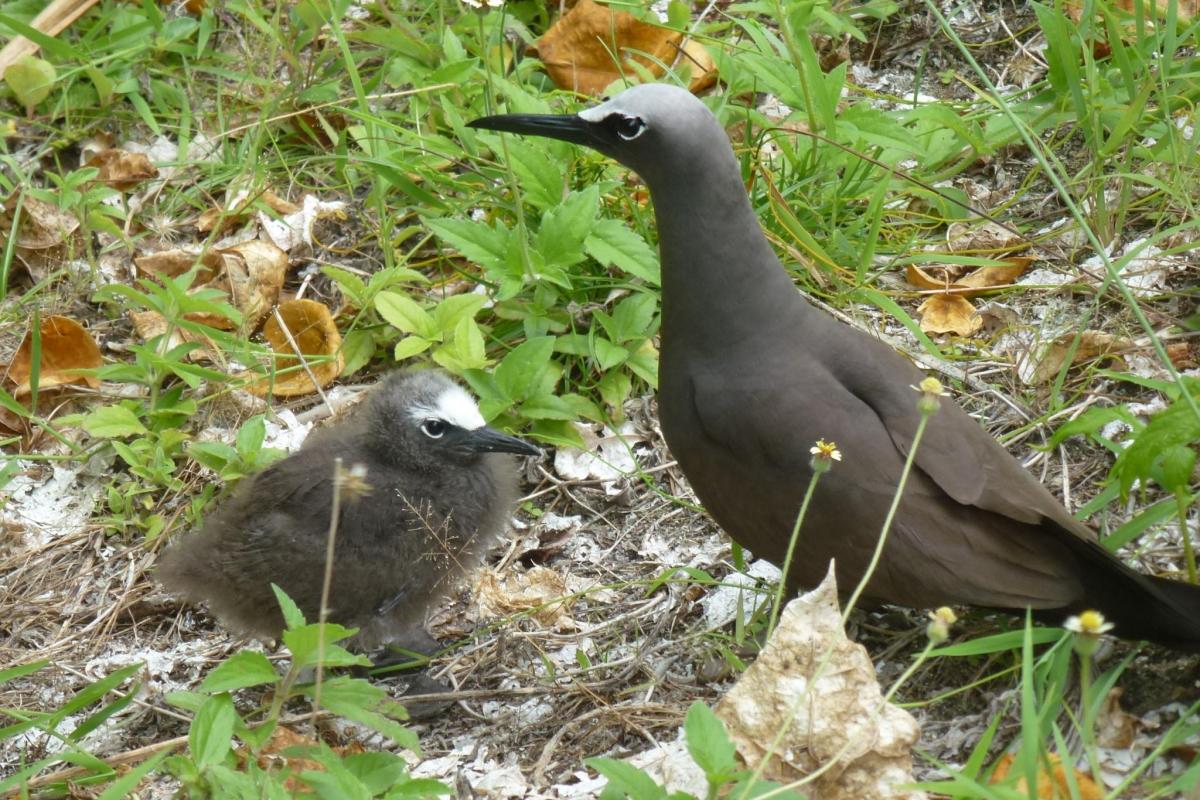 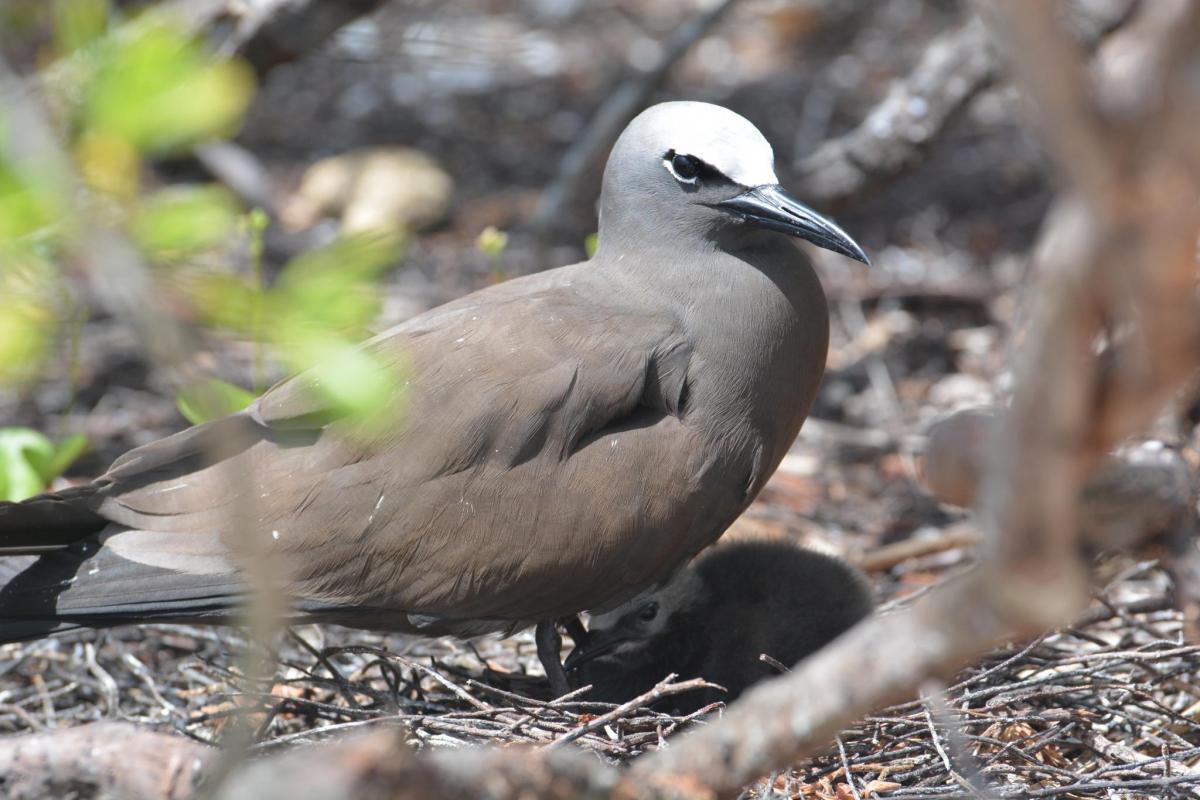 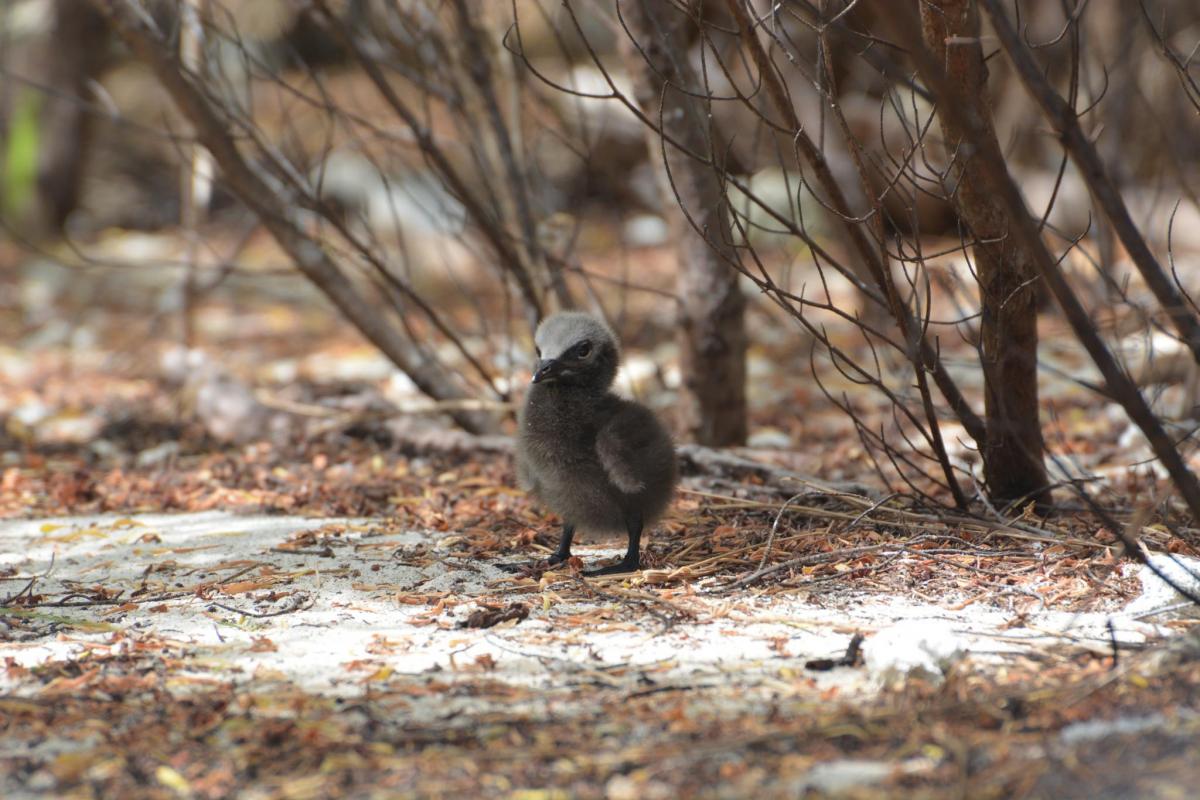 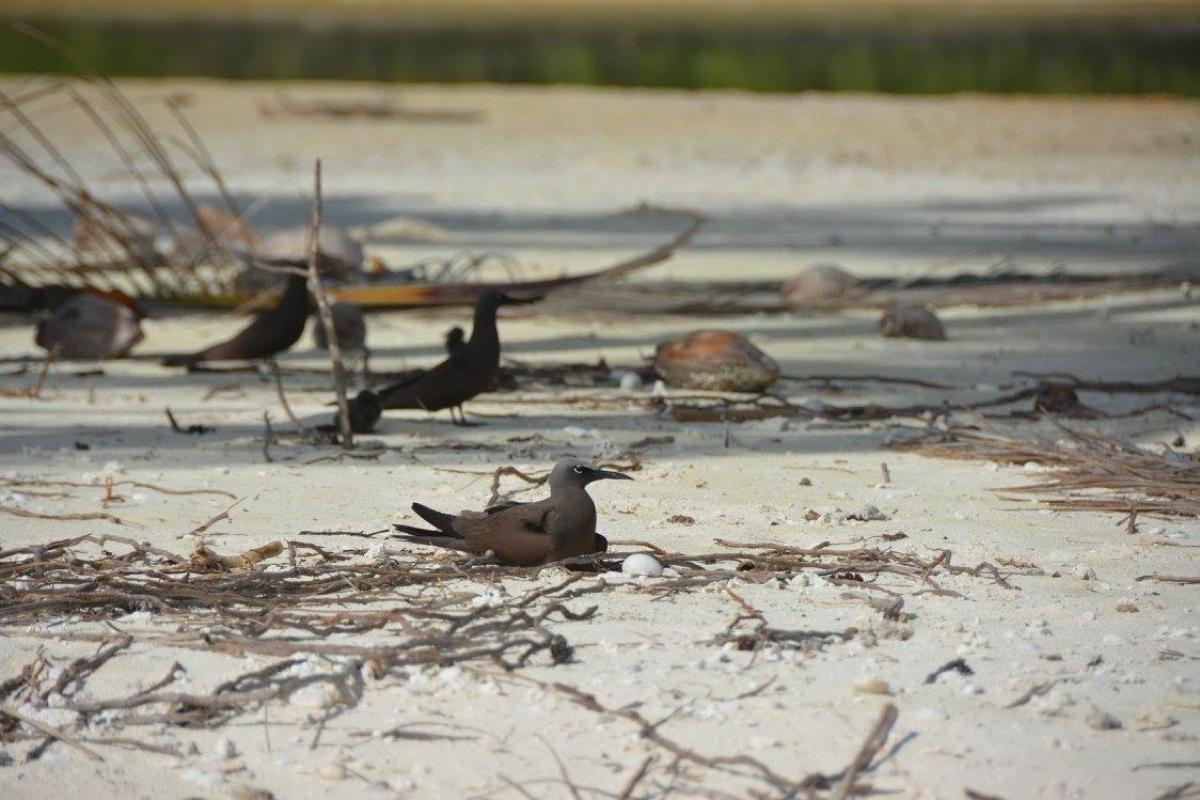 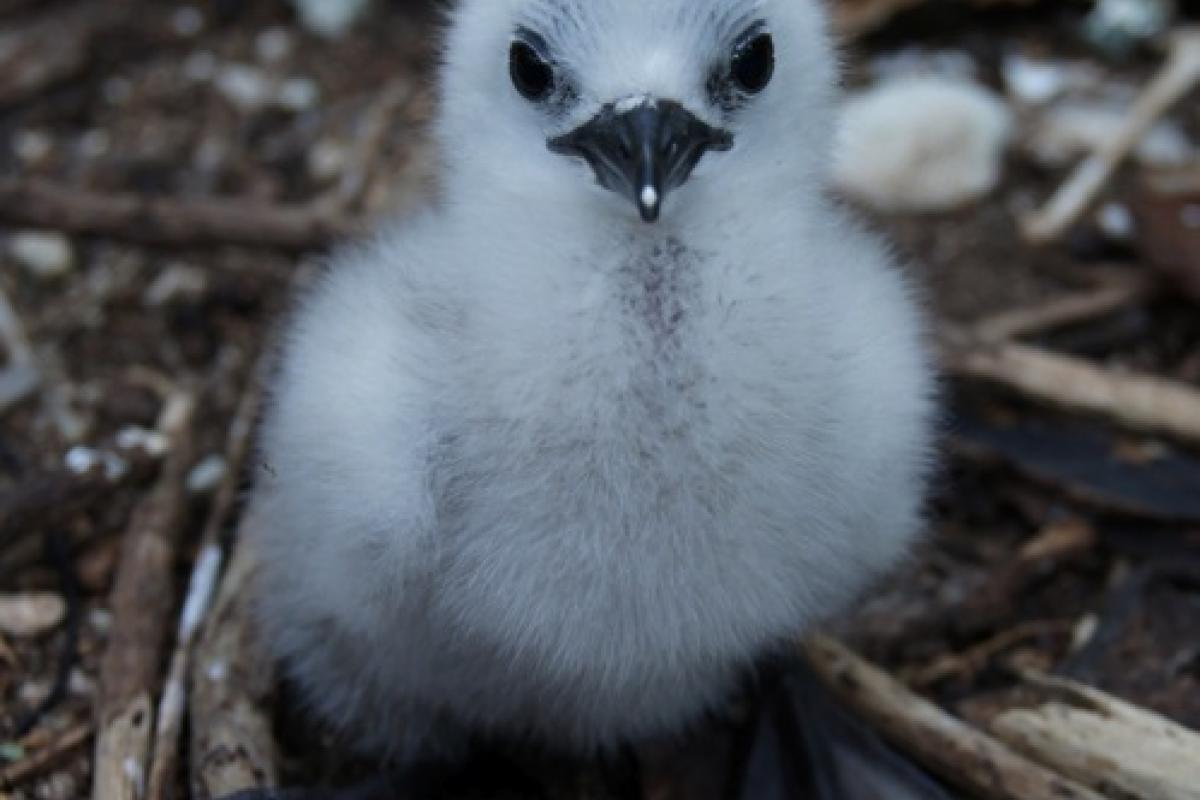 The Brown Noddy is, as its name suggests, entirely brown except the top of its head which is a pale gray. Both the male and the female sexes of this bird look similar and have wingspans that range from 79 to 86 cm. This bird has a range of up to 50 km that it uses to hunt cephalopods and small fish that include flying fish that they snatch out of the air. These birds build simple, flat nests made of plant debris on the ground, brushes, or in coconut trees on the entirety of the atoll. They lay a single 5.3 by 3.6 cm pale pink egg that has red spots in September, October, May, and June. This one egg is then incubated by both the male and the female for about 34 days. After hatching, the young is watched over carefully by the parents to avoid being preyed on by frigate birds. After being raised and watched in the nest for about 35 days, the chick learns to fly. The young bird, however, may continue to be fed by the parents for up to 100 days after fledging. In 2014 there were between 10,000 and 20,000 couples estimated in Tetiaroa.