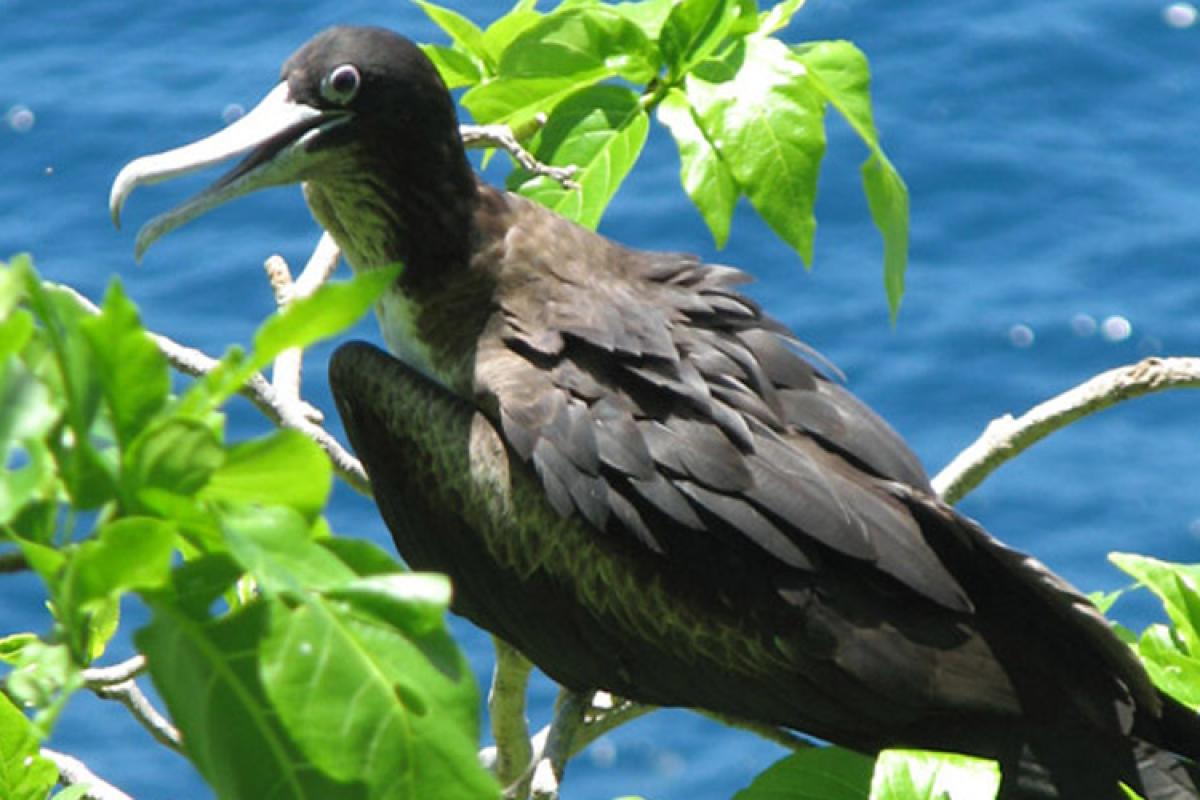 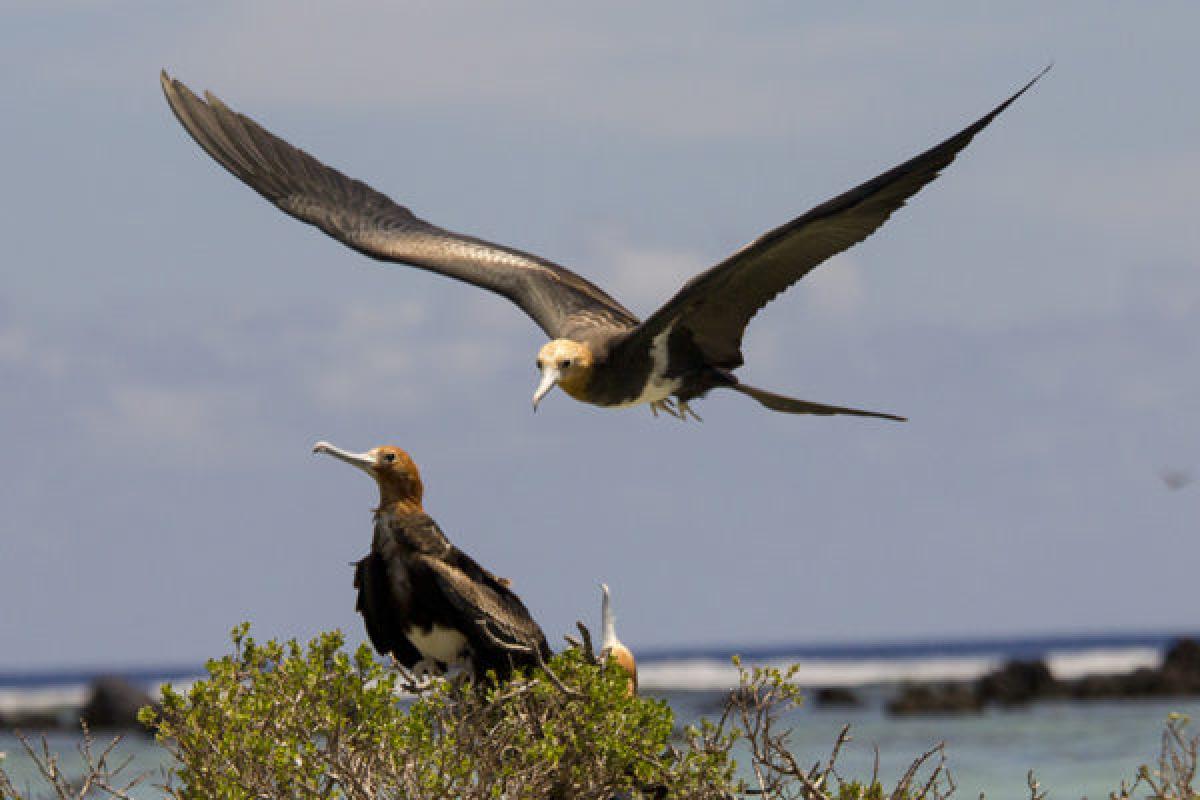 coming back to the nest 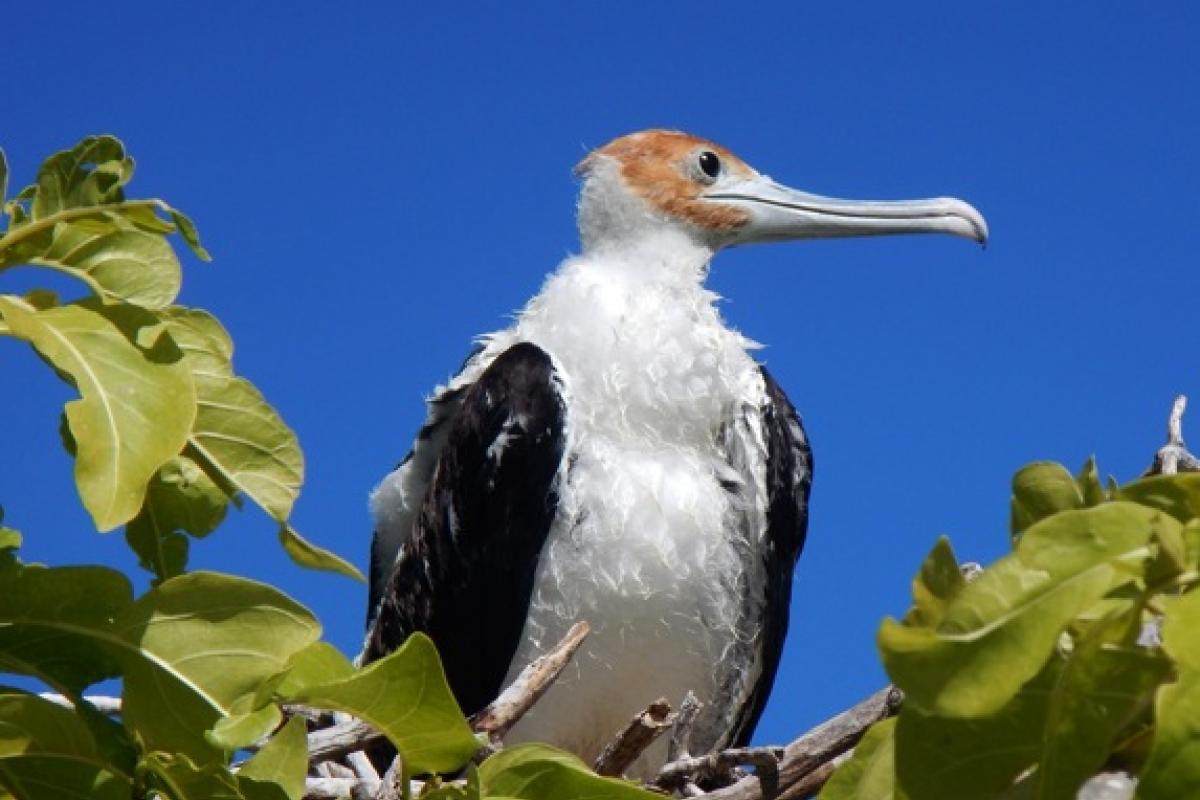 coming back to the nest

The Great Frigatebird is the largest sea bird in French Polynesia with a long curved beak and a wingspan that can reach over 2 meters large. The male is black with brown bars on the top of its wings and a red gular pouch that it inflates to attract females. The females are black with red rings around the eyes and a white spot on the ventral side that extends from the neck, across the chest and ends at the base of the wings. Juveniles are black with a white head and belly and a red throat and chest.  The Great Frigatebird hunts flying fish, crabs, eggs, and young turtles (though this has not been observed in Tetiaroa). In addition it may steal the prey of other birds by chasing the smaller birds until they drop their catch, a behavior called “klepto-parasitism”. The Great Frigatebird nests year-round and builds a large nest near shore, usually in trees and bushes several meters above the ground but occasionally on the ground. It lays a single white egg that is incubated by both the male and female for  about 55 days. The chick emerges and is raised in the nest for 4 to 5 months, but remains dependent on the parents for up to 6 months after having fledged. This nesting cycle lasts more than a year which leads this bird to favor uninhabited islands to reproduce on. One hundred Great Frigatebird were estimated in 2014 and are found in the northern half of the atoll.