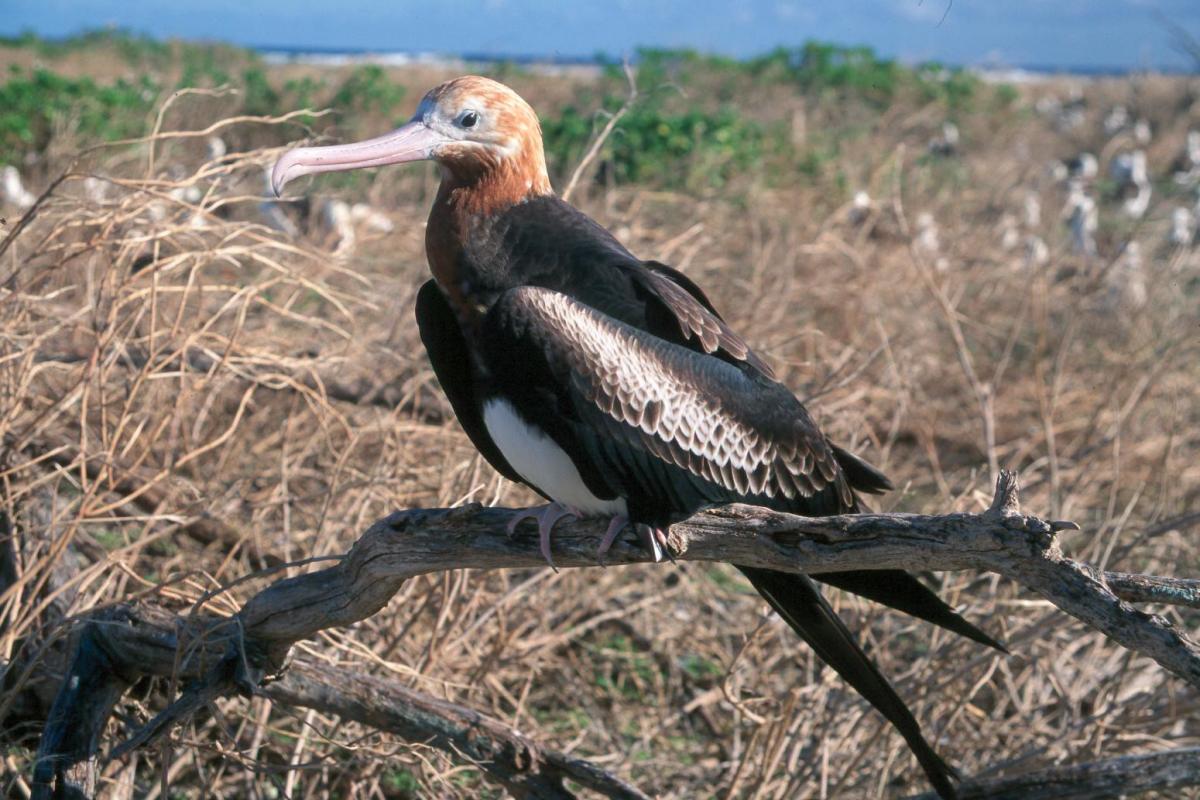 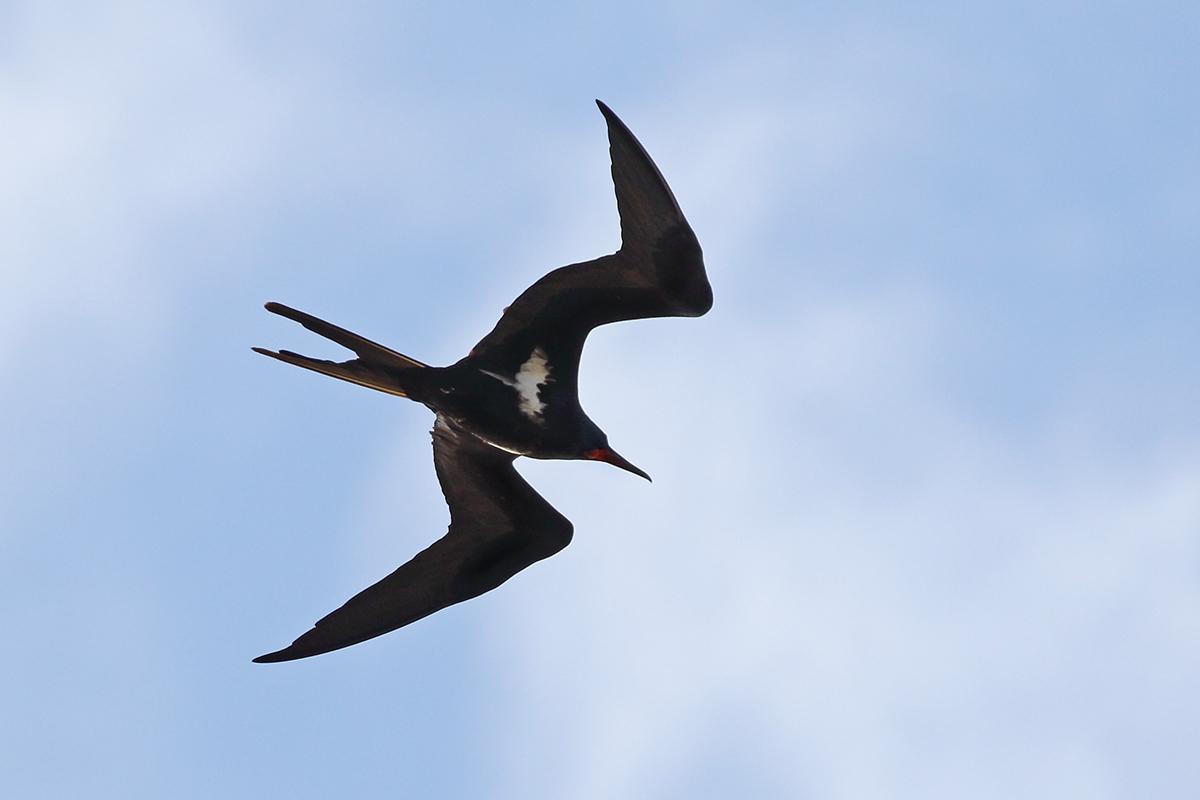 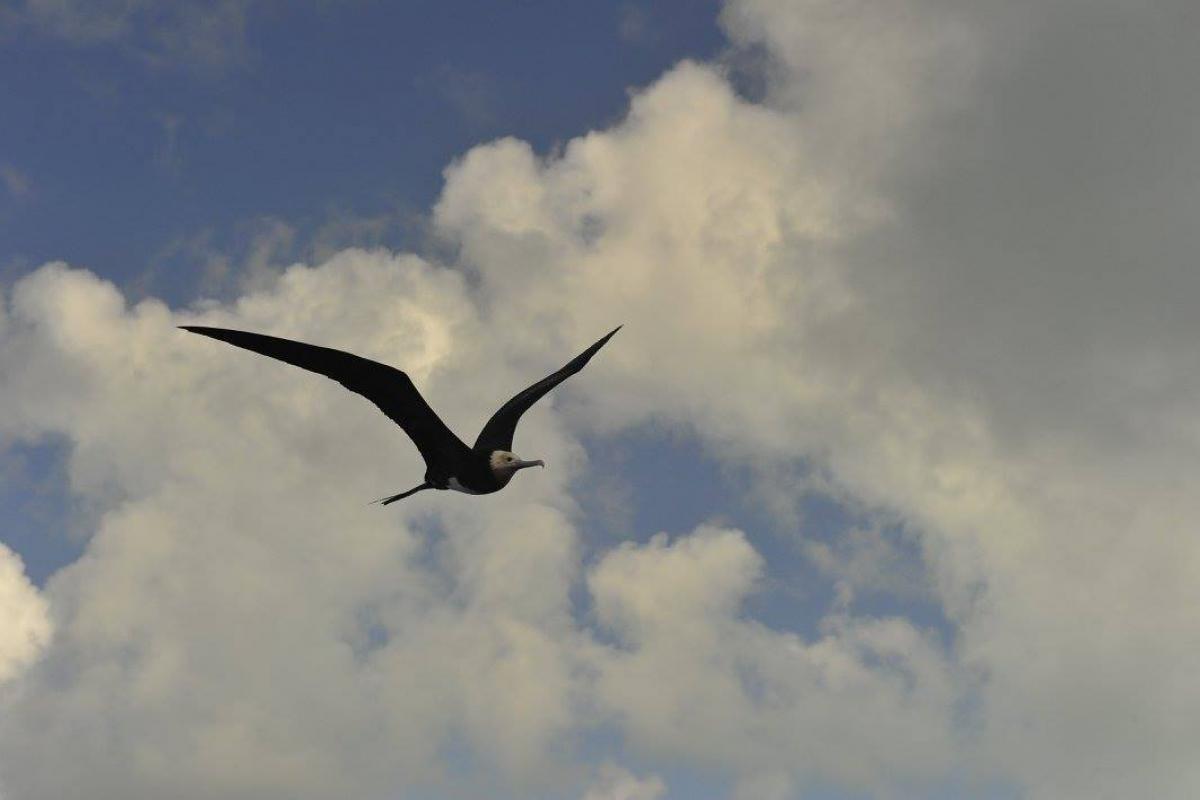 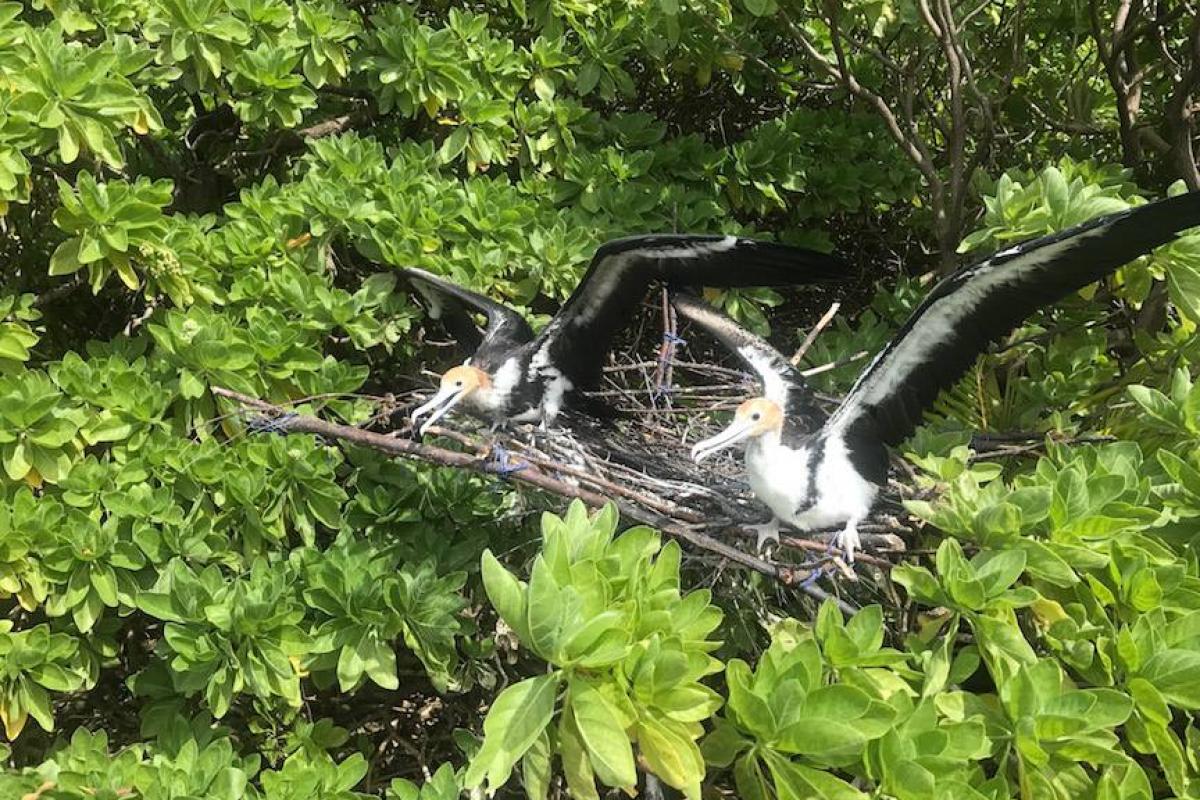 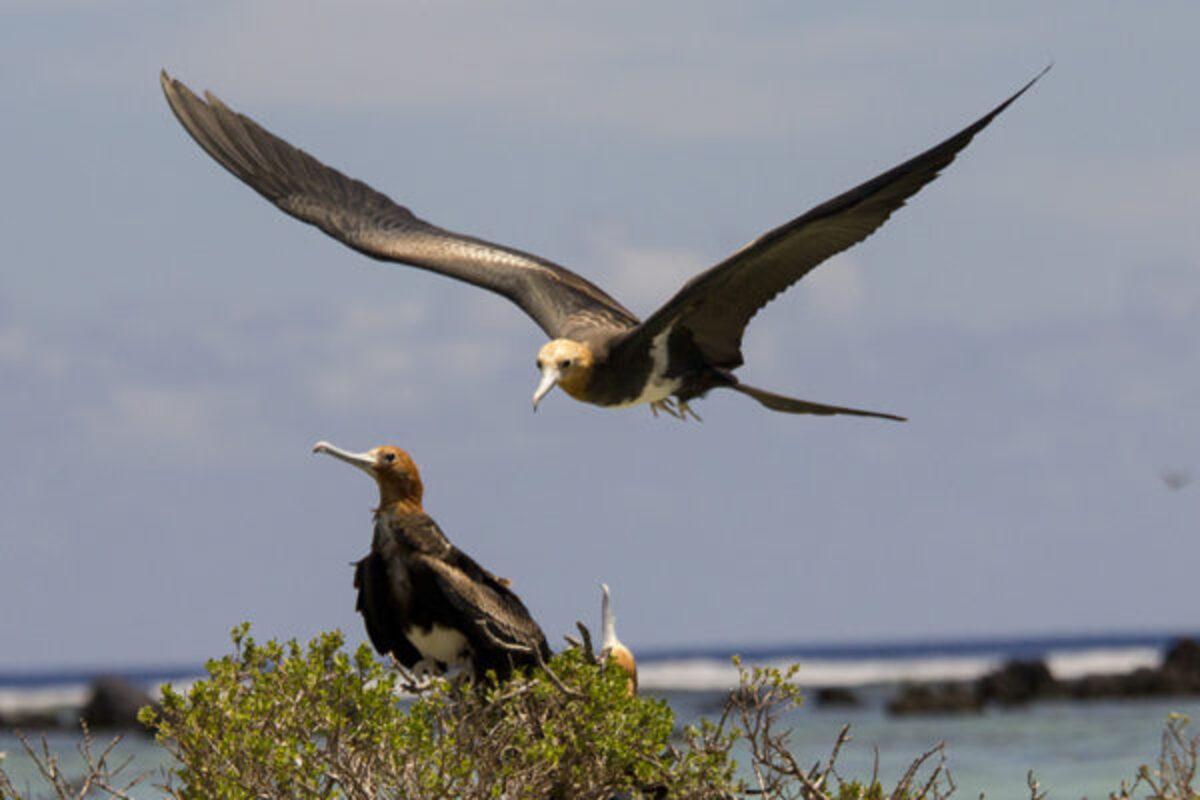 The Lesser Frigatebird is a large bird with a wingspan of up to 2 meters and a long hooked beak. The male is fully black with a white spot on the underside of each wing. The female is slightly larger with red rings around the eyes and a white chest and belly. Juvenlies are black with a completely red head and a white belly. These birds eat young turtles, crabs, fish, and squid. These birds are unable to dive into the water to hunt because their plumage is not waterproof and therefore must glide at the very surface of the water and scoop fish from the surface. This method of hunting is difficult, so often these birds look to steal the catch of other birds. The Lesser Frigatebirds nest year-round and generally place nests near other birds that are victim to their klepto-parasitism. The nests are large and can be in trees, bushes, or even the ground. They lay a single yellow-white egg, incubated by both the male and female, that measures roughly 6 by 4.2 cm for about 41 days. The chick is raised for about 130 days but may remain dependent on the parents for up to 8 months after fledging. These birds are found in the same places as the Great Frigatebird, the northern half of Tetiaroa. In 2014 there were an estimated 20-30 couple in the atoll.