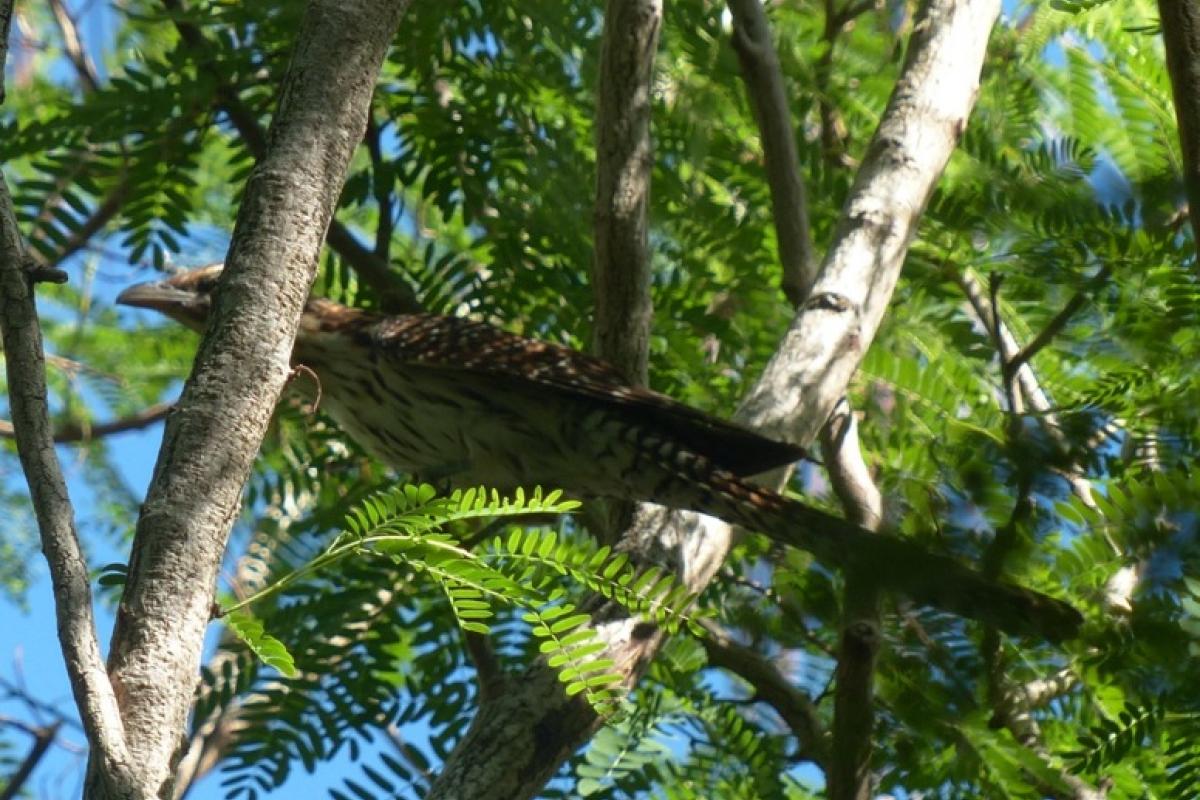 The Pacific Long-tailed Cuckoo is a 40 cm long bird from its exceptionally long tail to beak. The dorsal side of the bird is brown with red stripes and white spots. The chest and belly are white with brown speckles. As a secretive and solitary bird, it is rarely observed in Tetiaroa, but occasionally it can be heard with its distinctive loud screech that is often heard before rain earning it the name “bird of the rain”. It eats  insects, lizards, eggs, and even the chicks of other birds. The Pacific Long-tailed Cuckoo does not build a nest and opts instead to lay an egg in the nest of another bird. This occurs during the summer (November and December). In New Zealand. Once the chick hatches after a quick incubation time of less than two weeks, it out-competes the other chicks in the nest for food from the parents, starving them until it fledges. These birds can be found all of French Polynesia from March to April before leaving in September/October. A few rare individuals stay for the summer, but most migrate to reproduce.