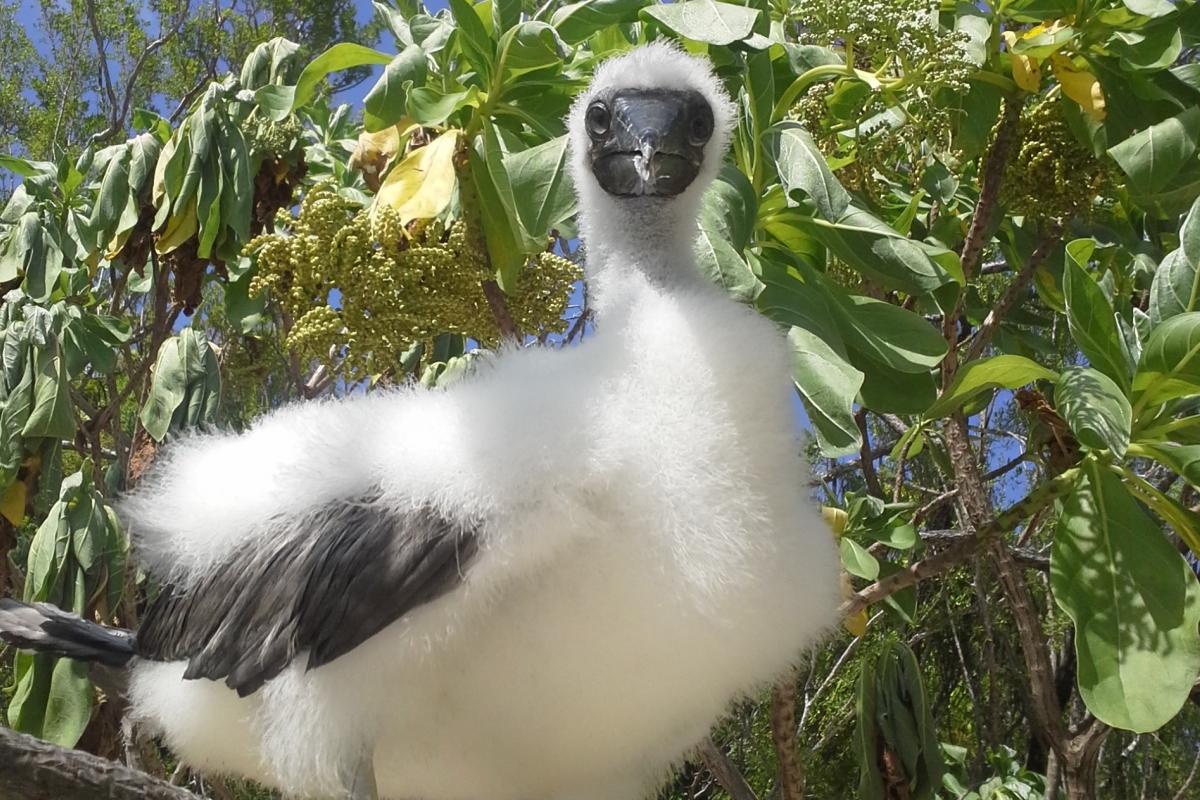 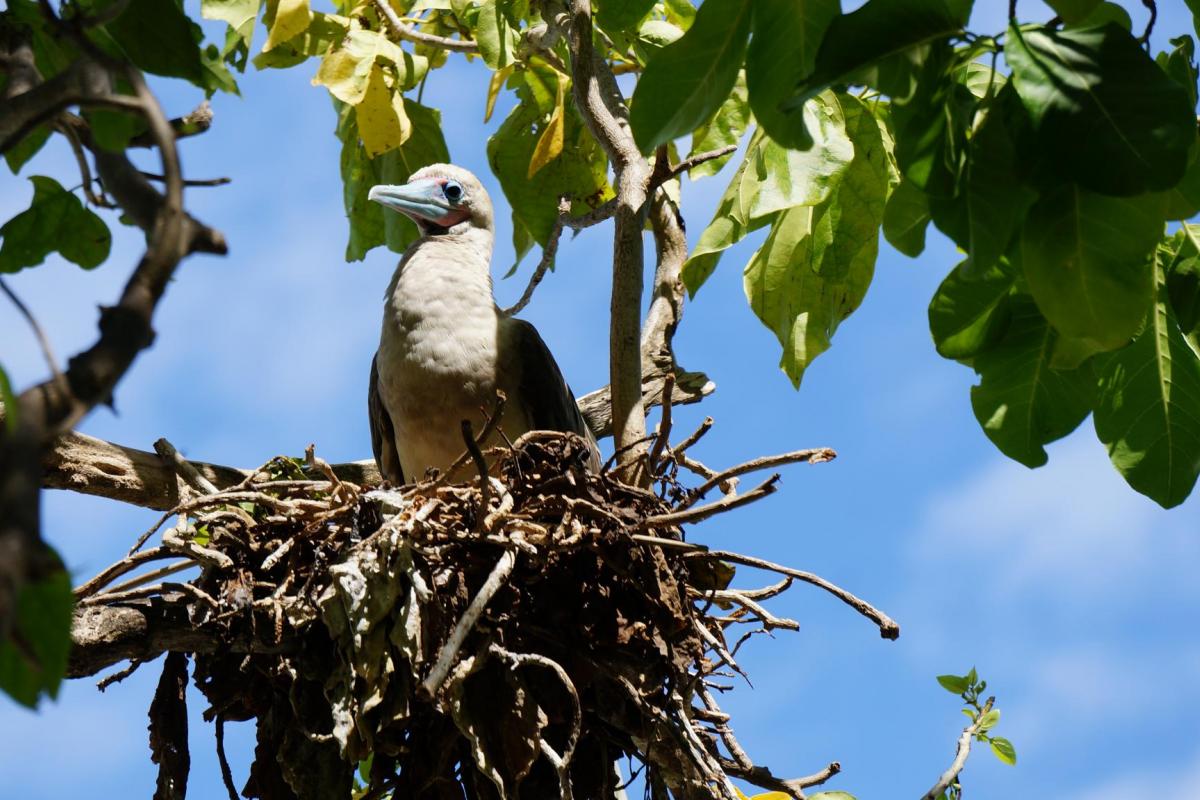 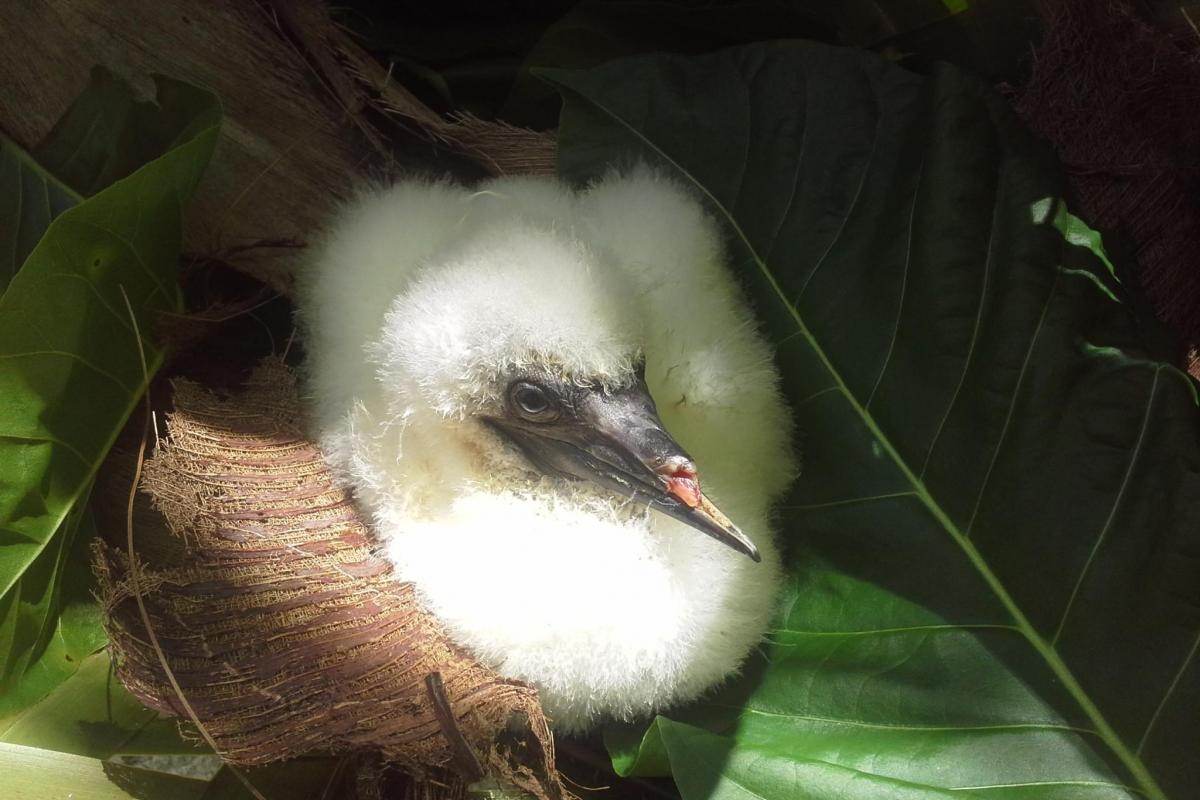 The Red-Footed Booby has a wingspan from about 91 to 101 cm. It has red feet and has a blue beak. The color of the bird changes as it ages, starting as a white, fluffy looking chick that becomes either a white morph with black feathers, or brown morph; the latter being most common. Adults are known to fly hundreds of kilometers from shore to eat crustaceans, cephalopods, and fish day and night. These birds are known to be able to fold their wings and dive from several dozen meters in the air to catch fish deep underwater. They only return to land to sleep or breed. The Red-Footed Booby nests in groups which can sometimes be very sizable, year-round in brushes or trees on all the motu except Onetahi and Rimatuu. They build a large nest out of twigs and other plant debris and lay a single, whitish egg. Both the male and female incubate this egg for 45 days before the young hatchling is raised for upwards of 100 days. In 2014 there were 5,000 couple estimated in Tetiaroa.