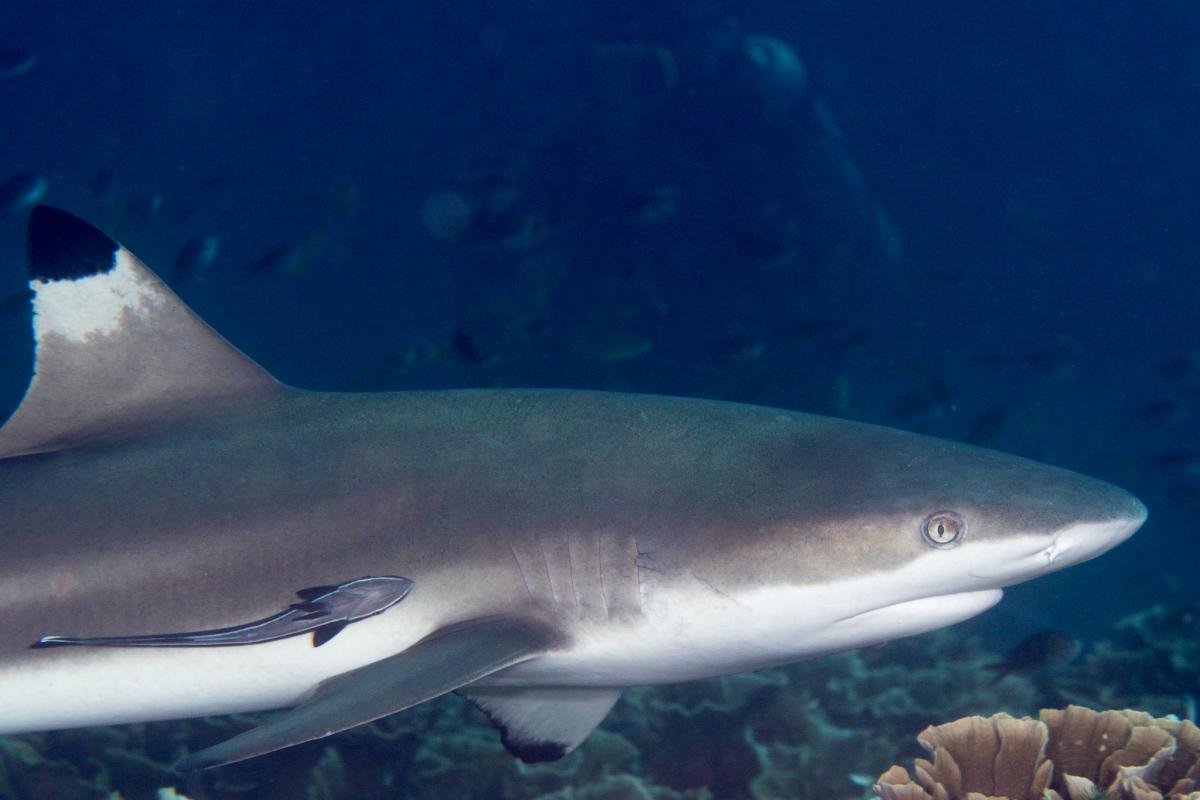 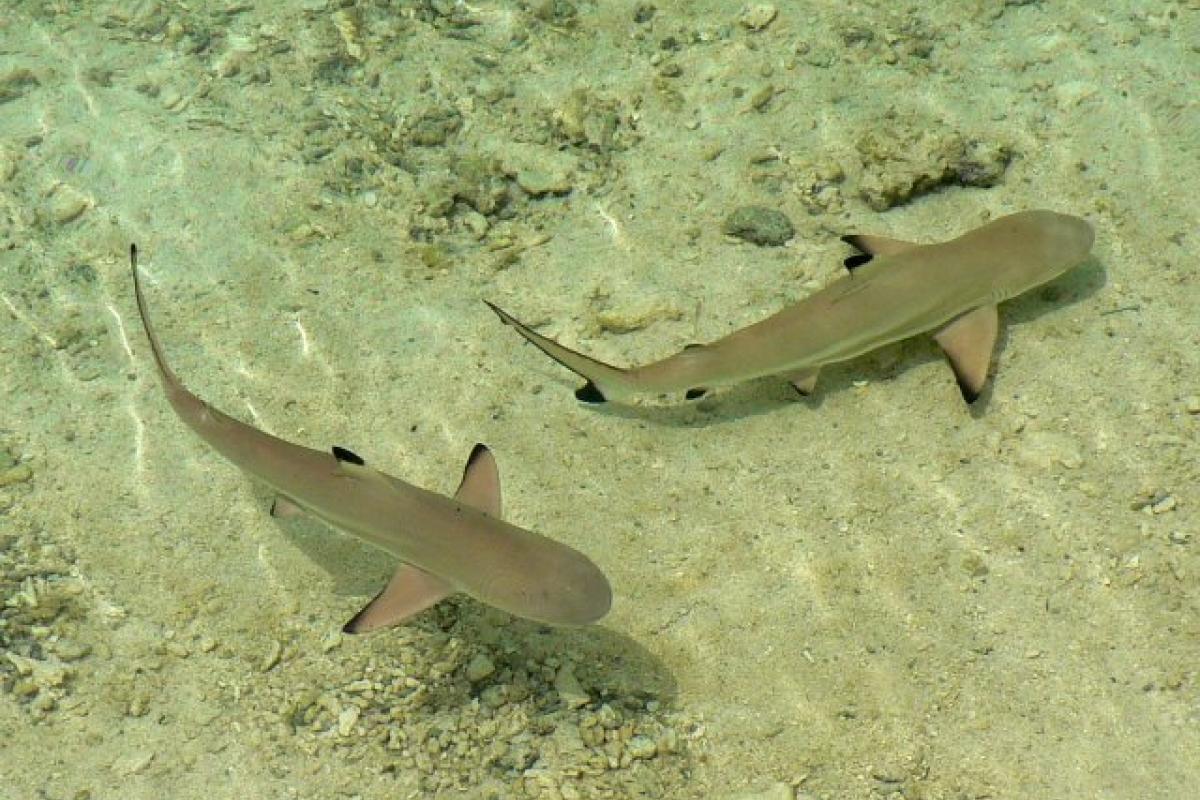 The Black-tip Shark (Carcharhinus melanopterus) is a species of shark of the family Carcharhinidae, easily identified by the black tips of its fins, especially on the first dorsal fin and the caudal fin. It is one of the most abundant sharks in the tropical coral reefs of the Indian Ocean and Pacific Ocean. This species prefers shallow coastal waters and frequently exposes its first dorsal fin in these areas. Most Black-tipped Sharks live on reef margins and sandy bottoms, but they are also known to support brackish or freshwater environments. This species generally reaches a length of 1.6 m. Black-tip Sharks are sedentary and live in very small areas and may remain in the same area for several years. They are active predators of small bone fish, cephalopods and crustaceans, and are also known to feed on marine snakes and seabirds. The data collected concerning the life cycle of the Black-tip Shark are sometimes contradictory and there appear to be significant differences depending on the geographical location within the range of the species. Like other members of its family, this shark is viviparous and females give birth to between two and five young babies every two years, every year or sometimes twice a year. Indeed, according to its habitat the gestation period of this shark can be 7-9 months, 10-11 months or 16 months. Newborns live in coastal waters and in shallower waters than adults, often forming large groups in areas flooded by high tides. Shy and capricious, the Black-tip Shark is difficult to approach and rarely represents a danger to humans, unless it is excited by food. However, bathers in shallow waters can sometimes have their legs bitten by mistake. This shark is fished for its meat, fins and liver oil, but is not considered to be a commercially important species. The International Union for Conservation of Nature assessed the near threatened species. Although the species as a whole remains widespread and relatively common, overfishing of this shark and its slow rate of reproduction has led to its decline in a number of localities.