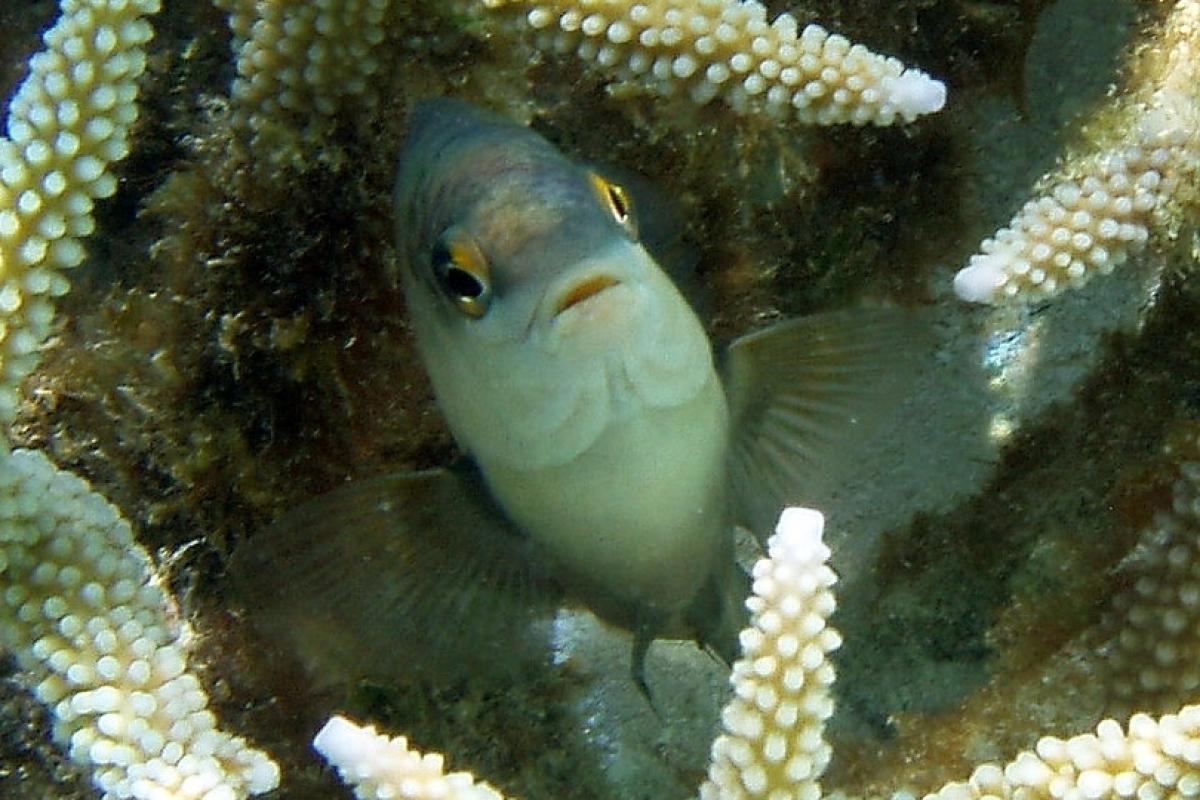 Atoti is very territorial and can be aggressive towards intruders larger than itself.

Atoti is very territorial and can be aggressive towards intruders larger than itself.

This small fish is frequently found inside the lagoon, in areas rich in corals. The color is brown but varies according to the environment and its mood (a vertical white band appears during the breeding season, when it tries to scare its enemies ...). It has the peculiarity of cultivating a "garden" of algae which it feeds on the surface of live or dead corals, hence its name of farmer fish. These gardens will be passed down from generation to generation. During breeding, the female will lay her eggs in the male's garden, which he will fertilize. He will not hesitate to attack individuals approaching too close to his territory, including unsuspecting divers.