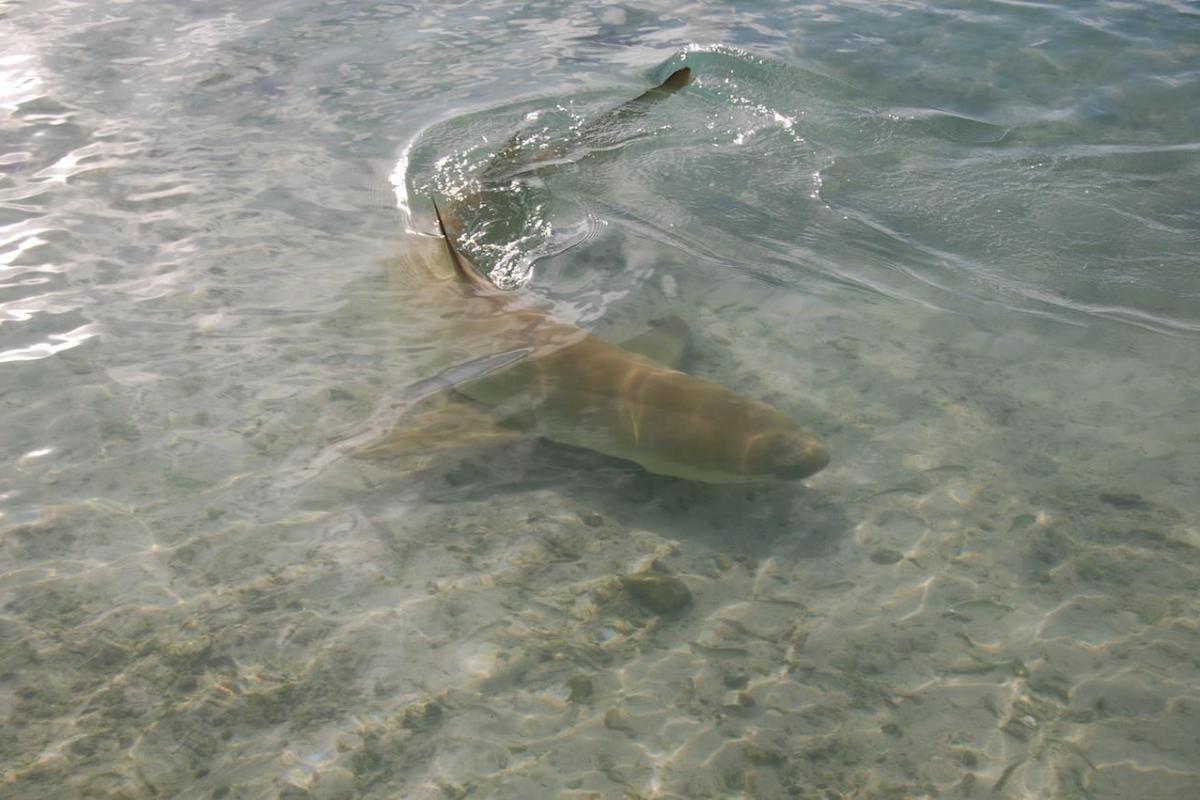 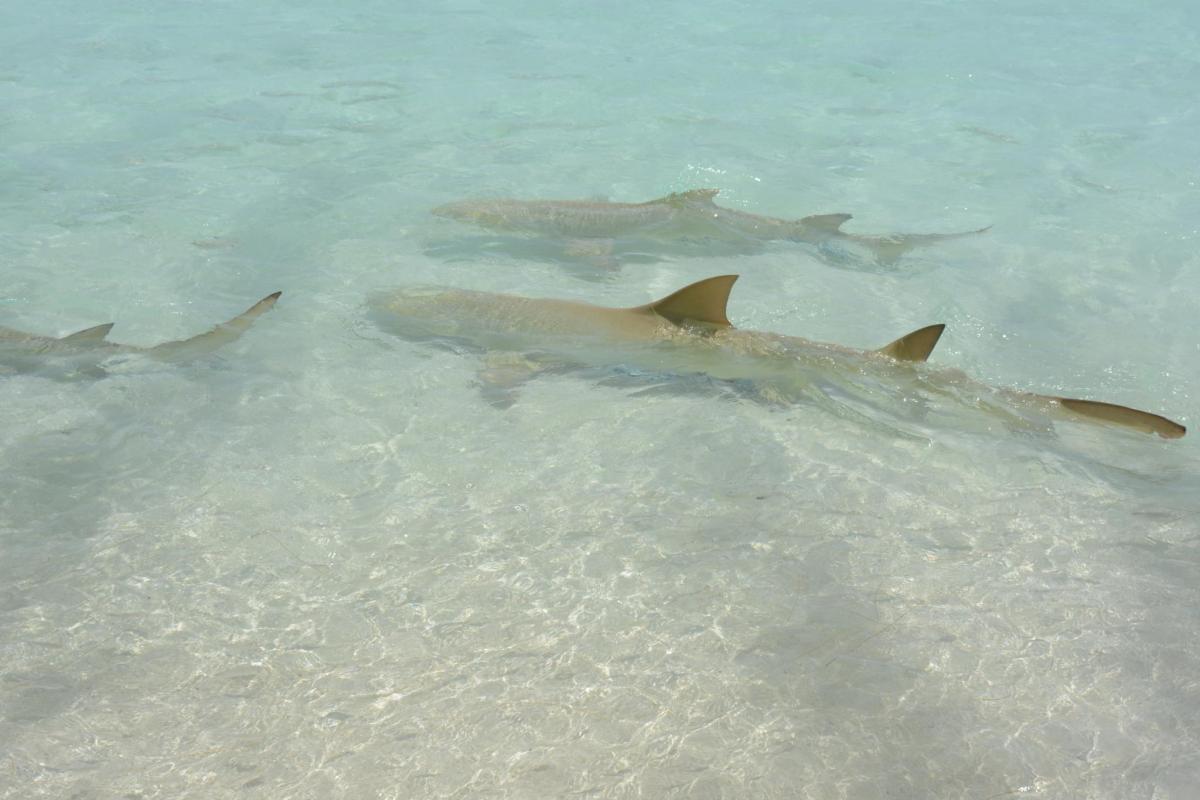 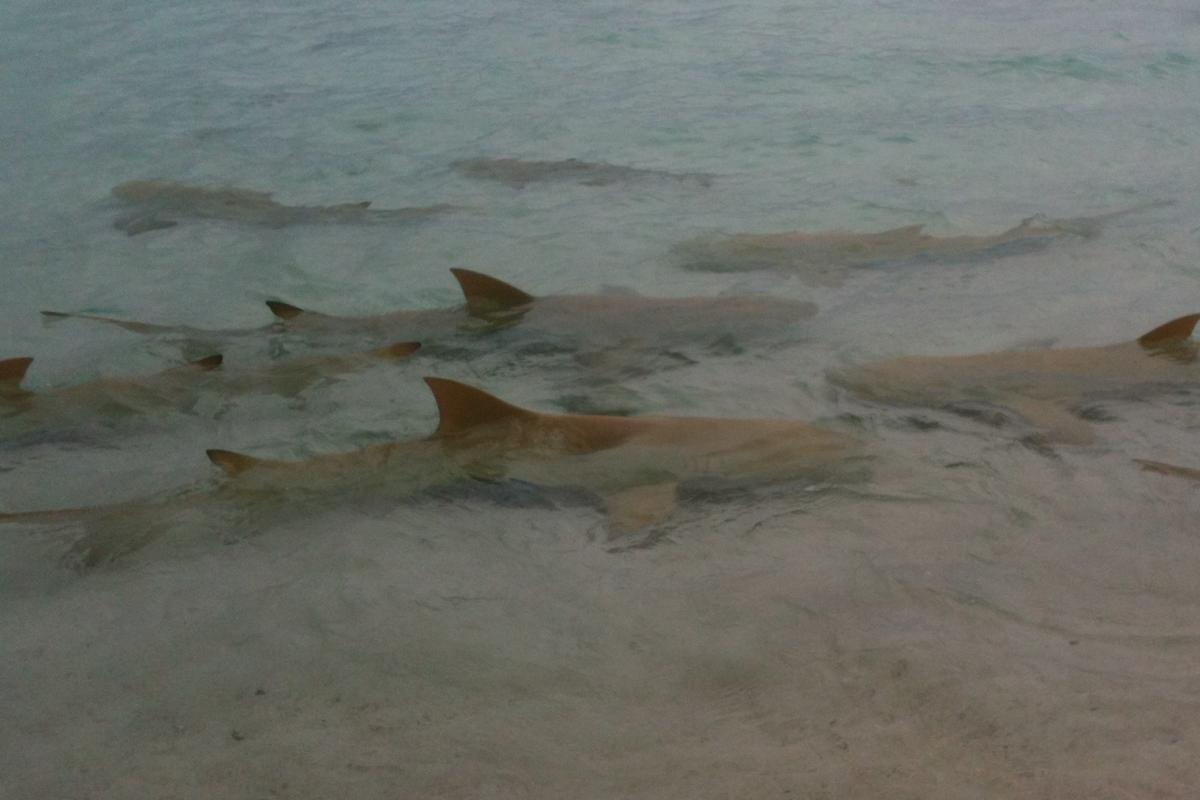 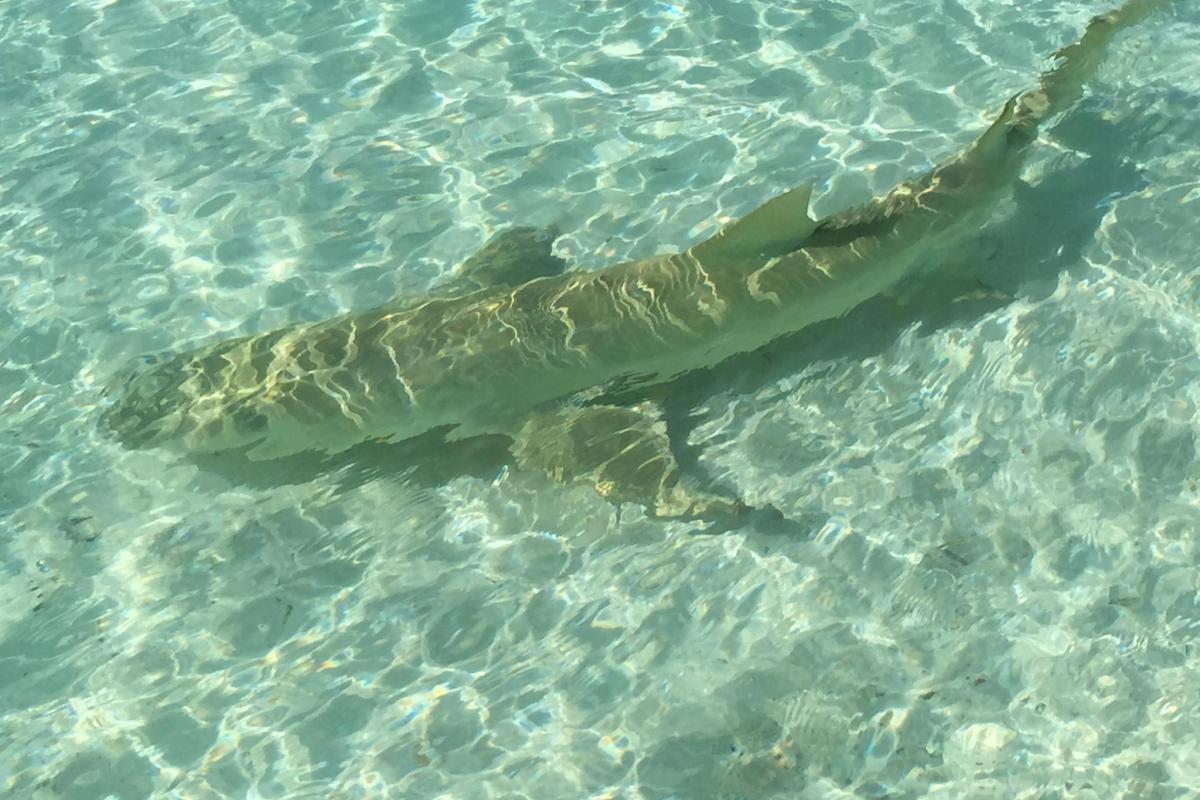 The lemon shark is essentially piscivorous. Its jaw and teeth extend in several rows (two to three are operational, out of a total of twenty-seven to thirty-three rows) which allow it to seize and swallow its prey directly. It feeds mainly on benthic fish, but if the opportunity arises, it can attack cephalopods, rays, crustaceans, and even seabirds. Like most sharks, lemon sharks are opportunistic and also scavenge. They can also swim near the surface in pursuit of pelagic fish that are sick or dragged by longlines. The species is viviparous. The female reaches sexual maturity at the age of 15, at the height of 2.40 m.
The breeding period lasts 2 months and may differ from one geographical area to another.
Its gestation is 10 to 12 months. The females lie down near the mangroves at shallow depths. They give birth to 1 to 14 small sharks already formed, autonomous, from 45 to 60 centimeters each.
Juveniles will remain in the coastal vegetation of the mangroves for about two years before venturing to deeper waters. The slug shark is a tropical species. It occurs mainly in the benthic zone of coastal waters at depths of less than 30 m, on coralligenous reefs or in estuaries and lagoons. It seems to limit its incursions beyond 90 m depth.