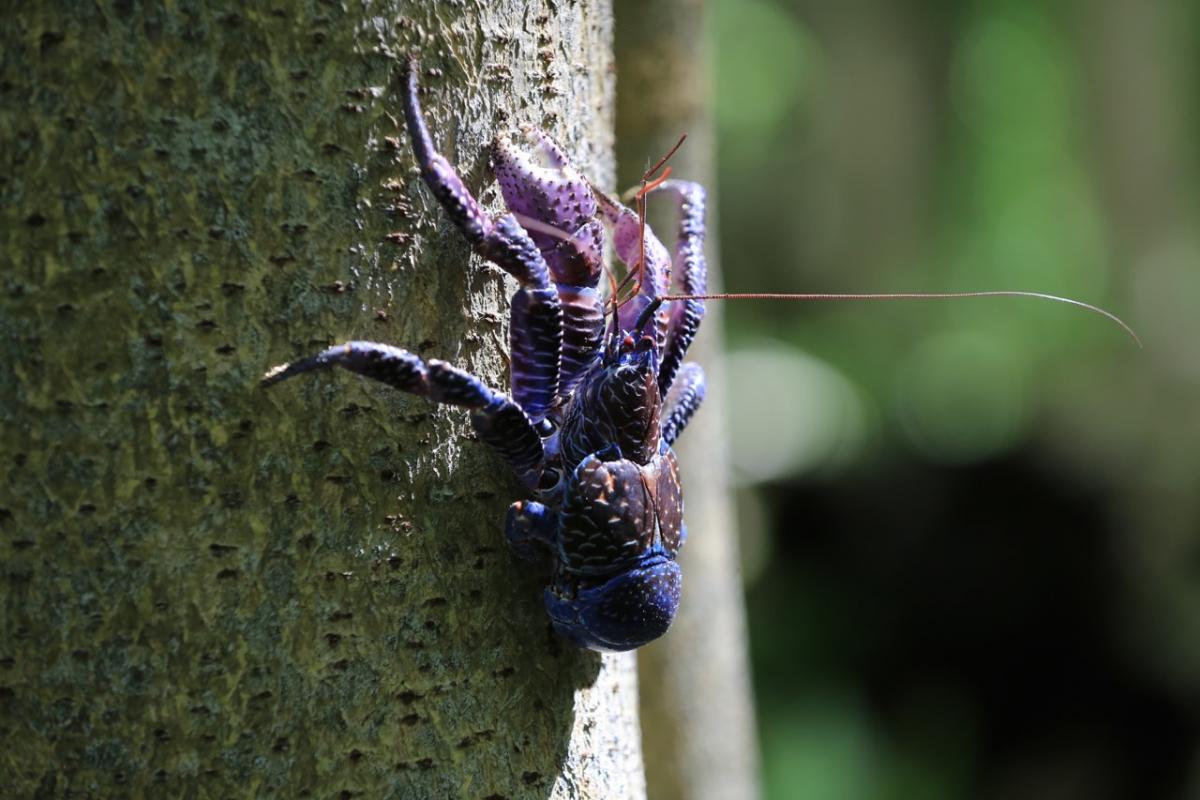 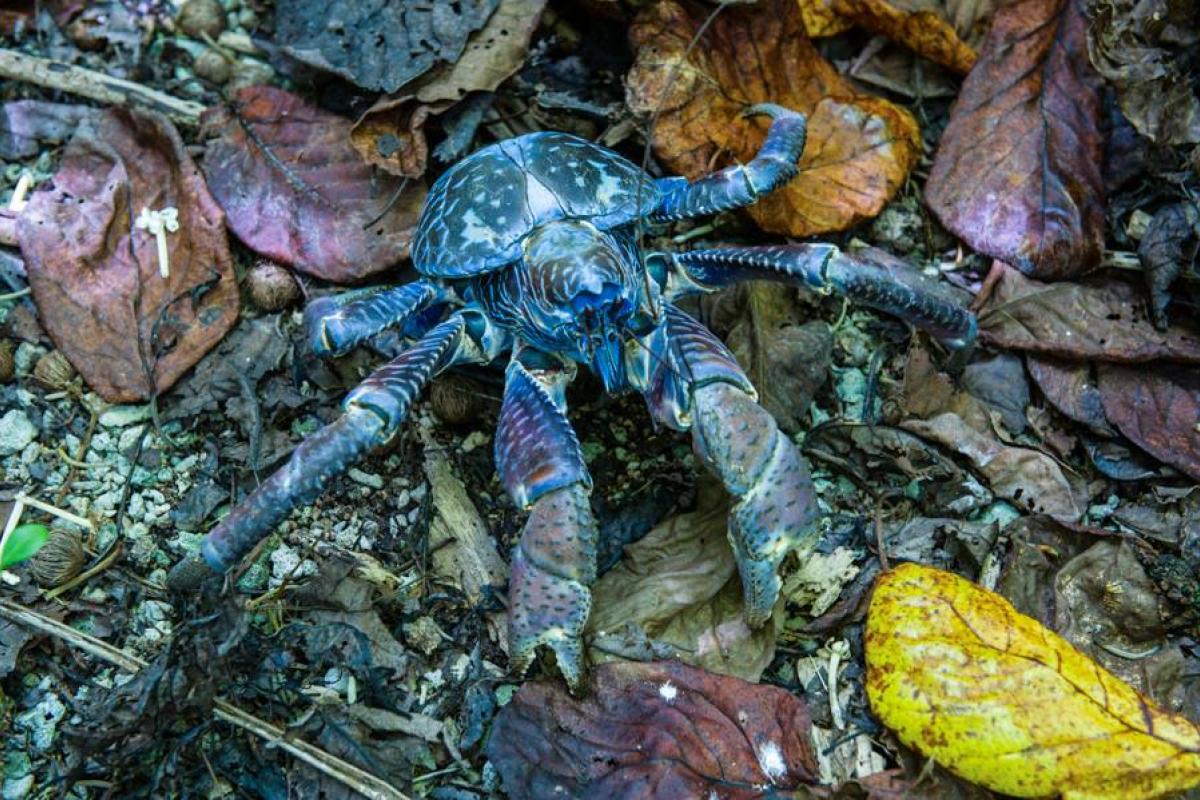 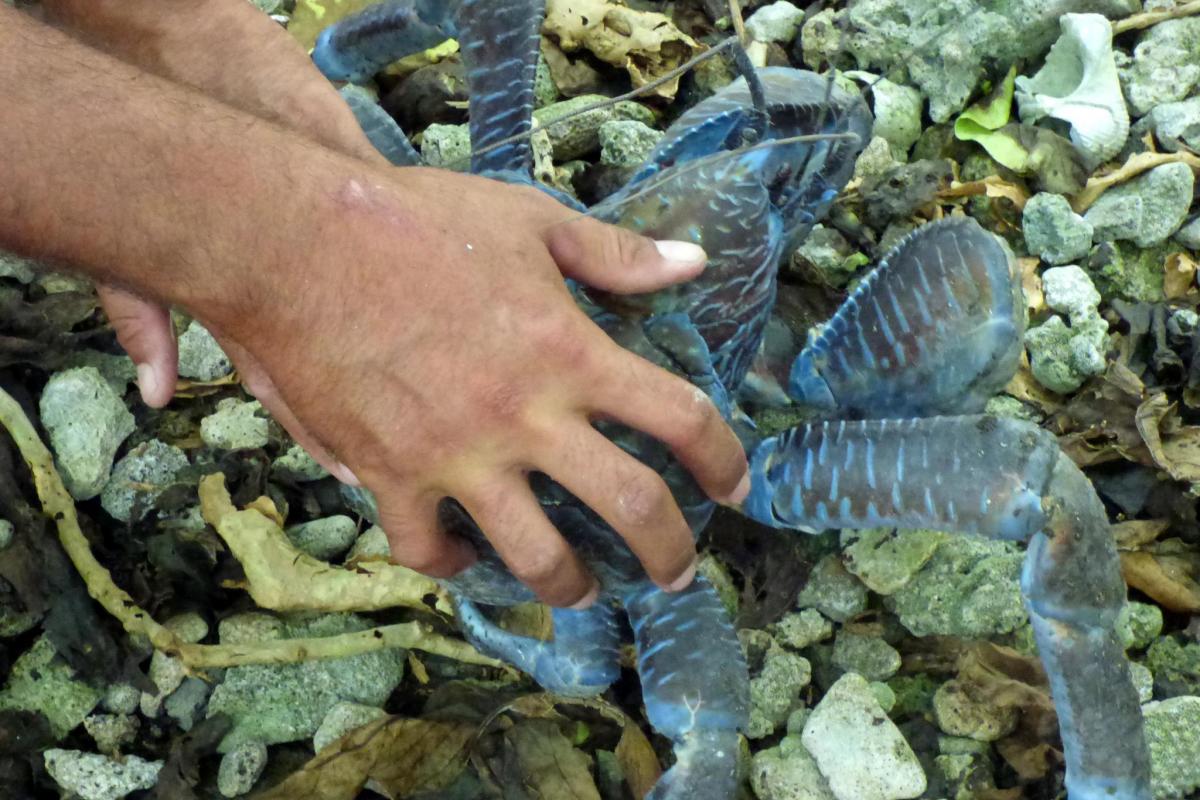 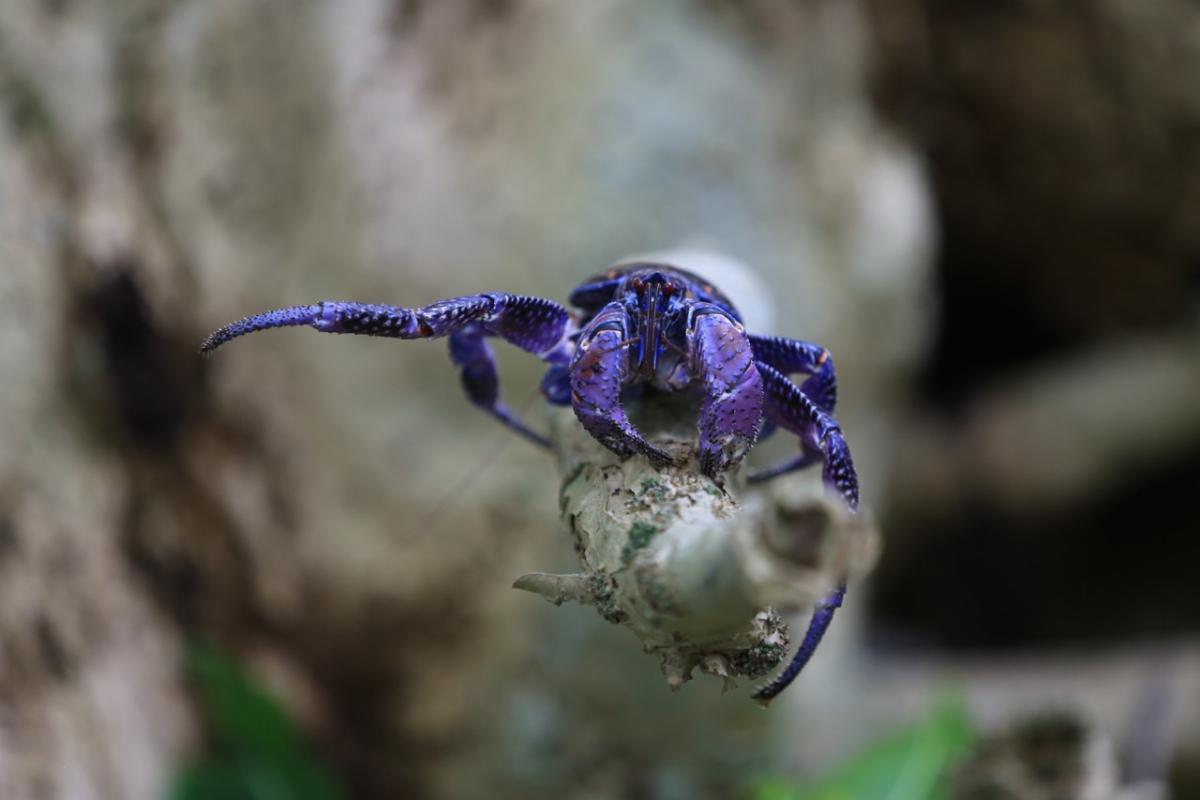 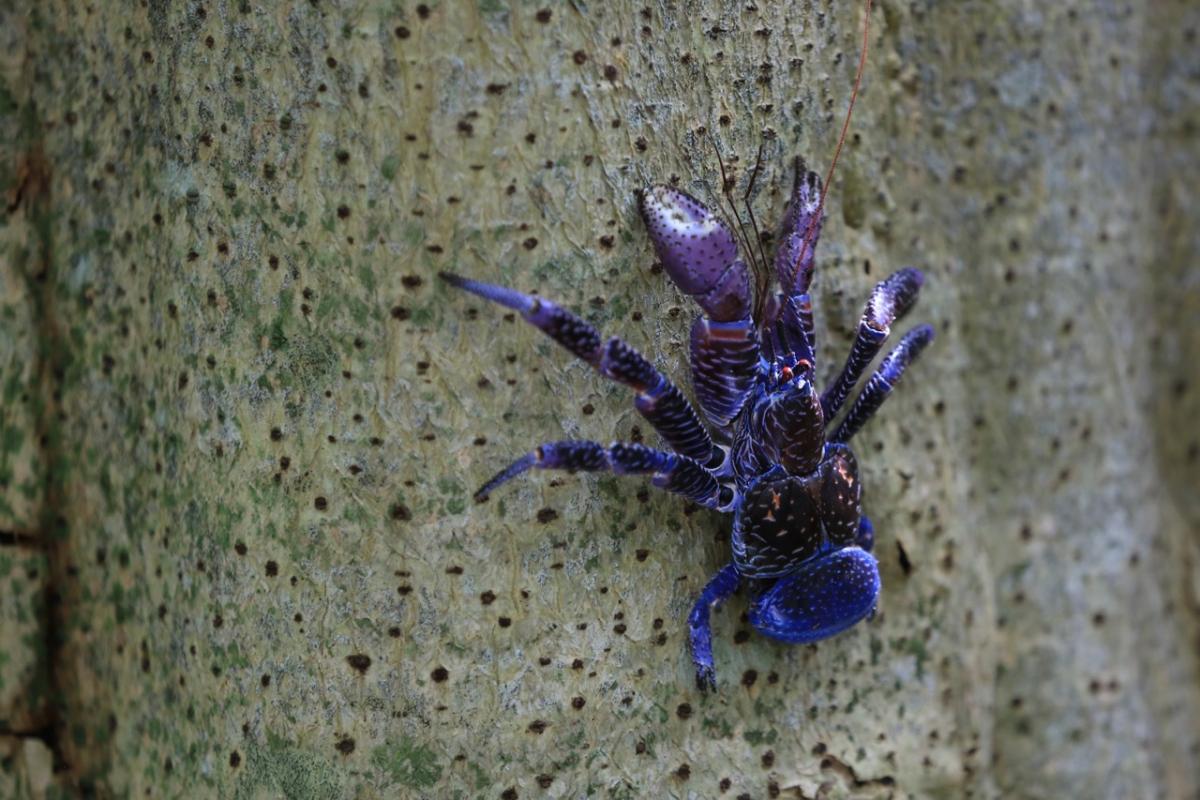 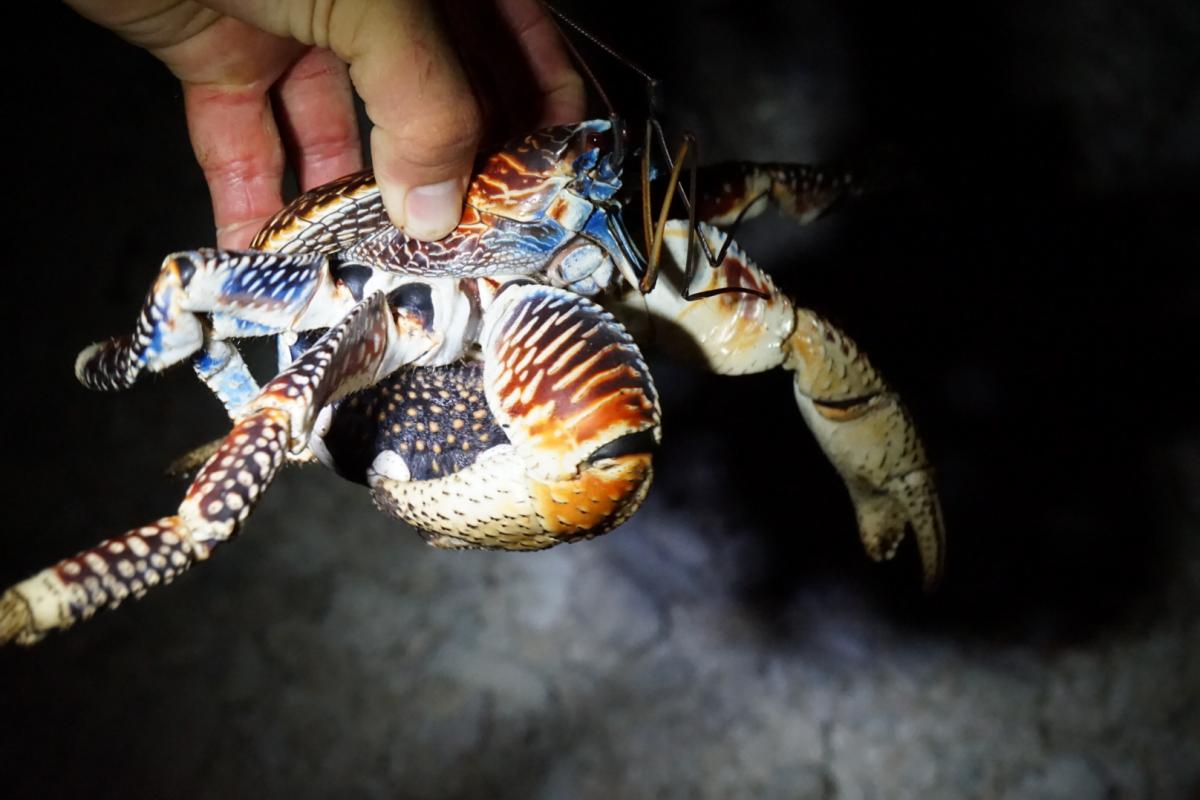 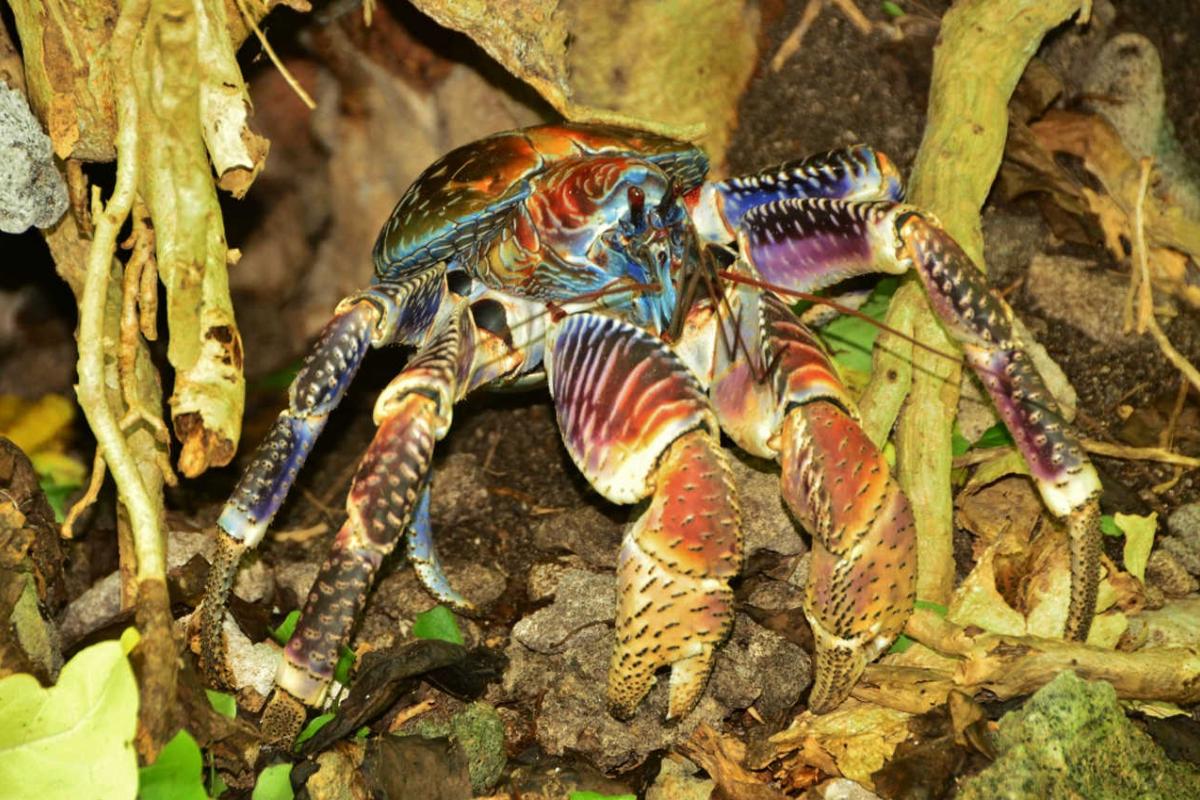 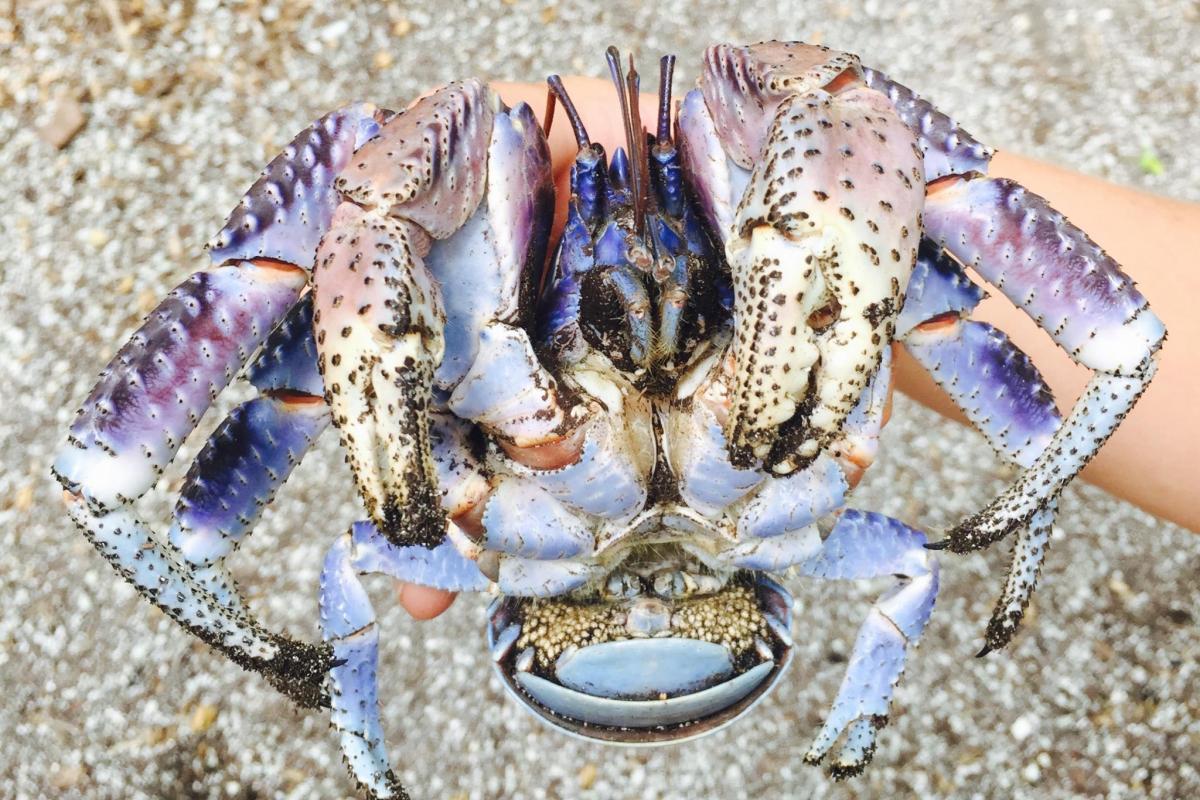 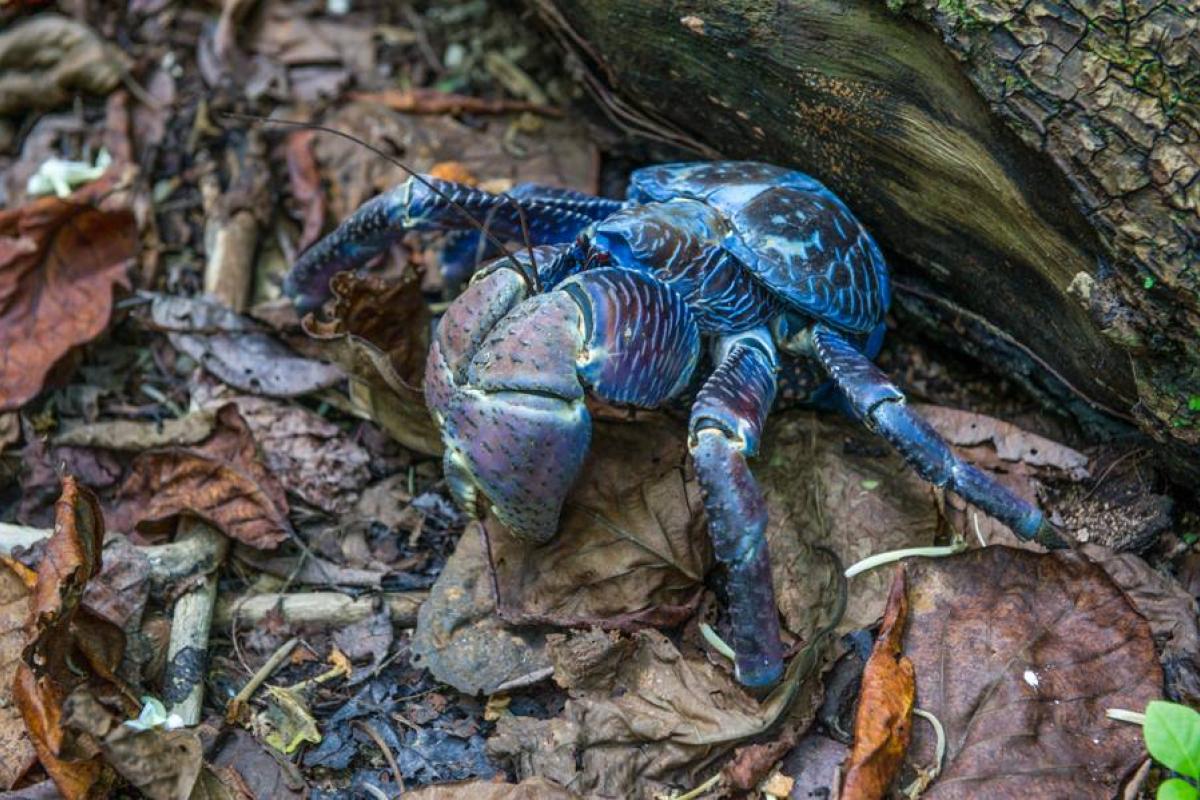 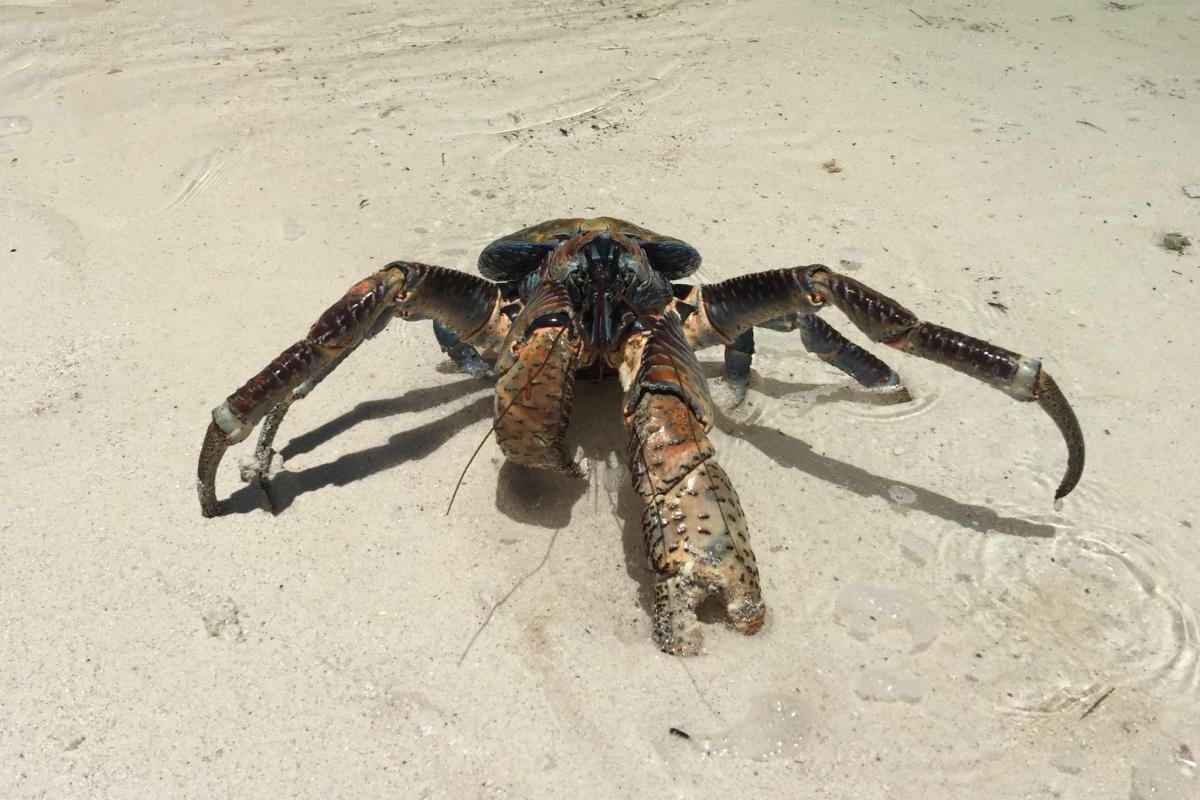 The coconut crab is the largest terrestrial arthropod in the world. An adult can measure up to 1 meter, measured by the distance between its stretched legs, and weigh 4 kg with some specimens reaching 15 kg. Generally a blue color, with some orange-brown and black spots, their colors can vary from light to very dark blue, sometimes red, dark red, orange, purple and even black. It is part of the Coenobitidae family, like the hermit crab.

During mating season, the male and female fight each other and once the female is flipped on its back, the coupling takes place. The female can produce between 50,000 and 150,000 eggs, which she holds folded underneath her abdomen thanks to three hairy claws called pleopods, located on the left side of the abdomen. She deposits them in the water 25 to 45 days after the coupling, not long after the new moon. The larvae, called zoe, will spend part of their life cycle in the water before returning to dry land.

At first, the young crabs use shells to protect their soft abdomen. Their shell then hardens, as well as the abdomen, thanks to layers of chitin produced and accumulated after several molts. This permits them to abandon their shells at around 12 months old. At around three years, they leave the ocean for the forest but stay dependent of the marine environment. They dig burrows or use holes that already exist to protect themselves from predators and dehydration during the day or during the 30 day molting cycle.

To breathe, they use a special organ, the branchiostegal lung. This is made of tissue that resembles gills; this organ needs water to function but has evolved to catch oxygen in the air. In addition, the coconut crab has a very strong sense of smell with receptors that resembles the olfactory organs of insects more closeley than other crabs.

Culturally they used to be seen as emanations of local gods.