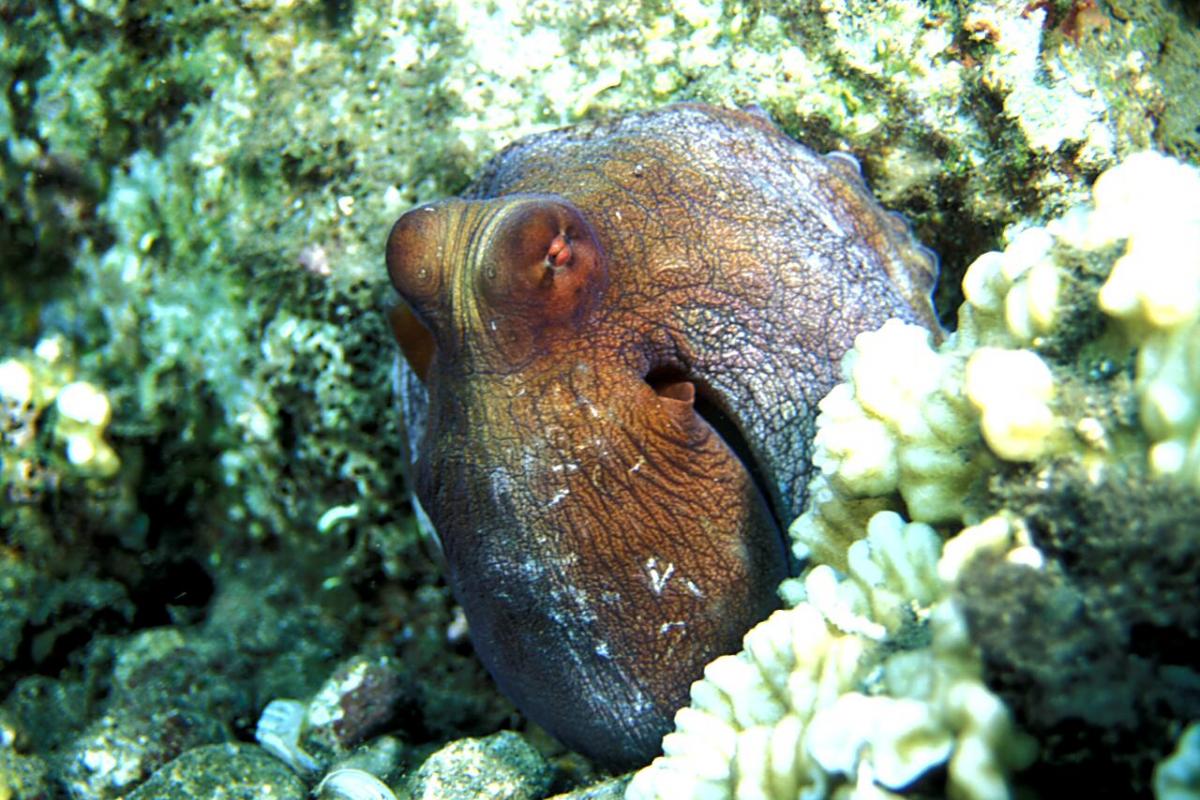 The octopus is a highly developed marine mollusc. It has  three hearts—one pumps blood through the body and the other two pump blood through the gills. Researchers consider octopuses to be the most intelligent invertebrates—maybe as intelligent as a house cat. Although it has excellent eyesight, an octopus uses touch and smell to find food—thousands of chemical receptors and millions of texture receptors line the rims of its suckers. It scours the sandy seafloor to flush out small prey, or crawls in and out of rocky areas to hunt crabs and shrimp.

The octopus begins life as larvae in the intertidal and shallow subtidal zones, spending a short time drifting as plankton in early stages of development. The day octopus roams the reefs in tropical waters from Hawaii to East Africa. The large, almost three-foot- long predators are short-lived, surviving just one year and breeding only once.

While most octopuses hunt at night, this species spends its days stalking crabs, clams, and fish. Because it forages during daylight, it has exceptional camouflage skills, and can transform its skin into long, lumpy ridges, mimicking nearby corals, rocks or algae. After foraging, an octopus usually retreats to its den to eat at its leisure. It kills its prey (crabs are a favorite food) with venom secreted from its salivary glands, then cracks the shell with its sharp beak. It can also drill a hole in the snail’s shell with its radula and inject a chemical that separates the snail’s flesh from its shell. An octopus deposits empty shells outside its den in a pile–commonly called an “octopus’s garden.”