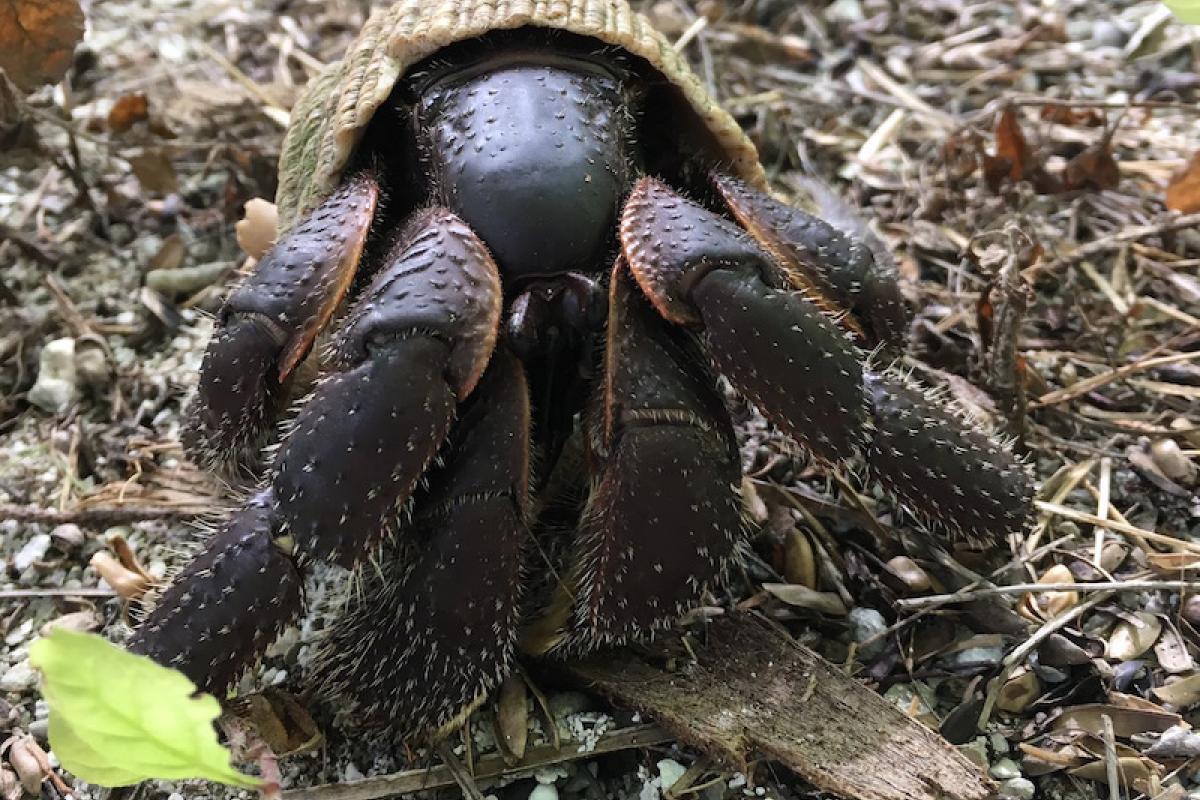 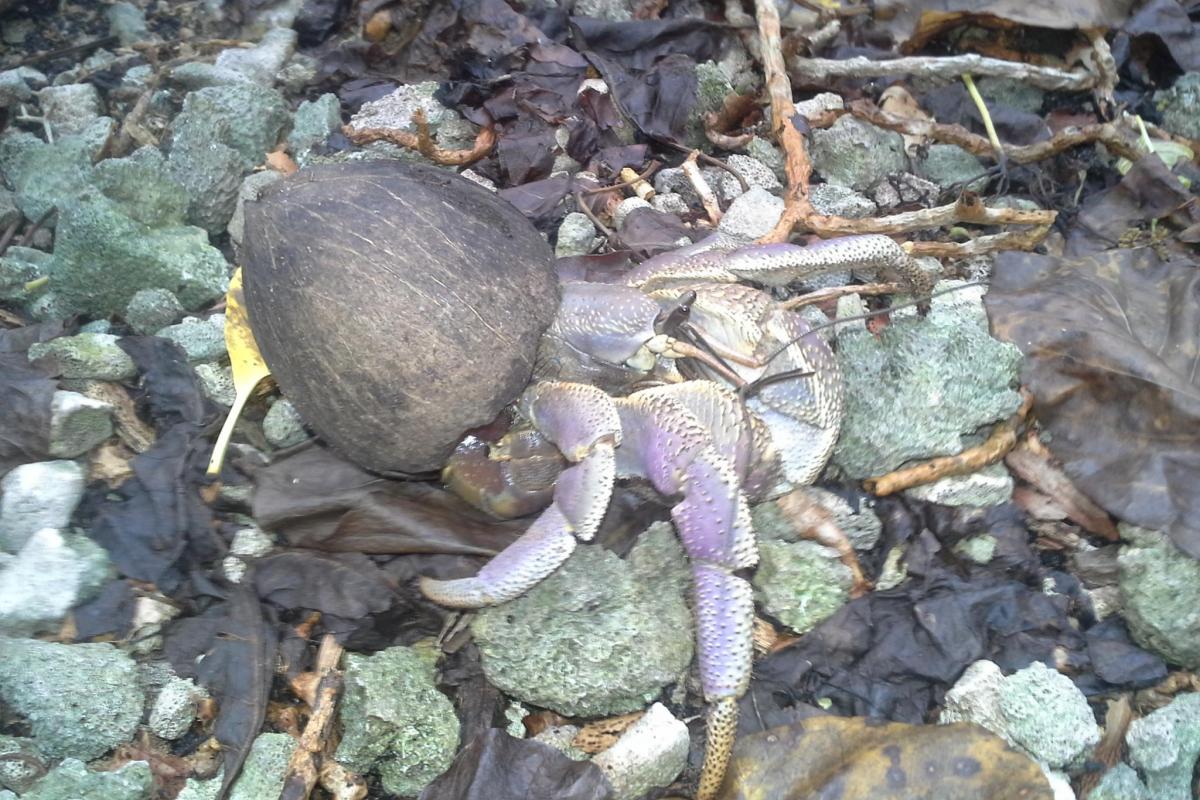 The forest hermit crab is a species that inhabits, like its name indicates, the dark forests close to the coast. It is the most terrestrial of all hermit crabs of the genus. One can sometimes find it without its shell, and it can even take pierced Tamanu nuts to make itself a shelter and the largest specimens use small coconuts (dried fruit shells in short). This particular behavior makes it an intermediate species between the classic hermit crab, which constantly protects its soft abdomen thanks to its shell, and the coconut crab, which has completely abandoned any form of protection thanks to its rigid abdomen made of chitin. Even though one can come across it in the day from time to time, the forest hermit crab leads a mostly nocturnal life and hides under leaves or debris during the day.

To find one, one must search very carefully, because they become immobile at the approach of humans and are considered quite shy. However, if a forest hermit crab feels threatened, it can flee, and can even let go of its shell to escape a predator more quickly. It then moves faster than all of the other species of hermit crab encountered on the atoll. On Tetiaroa, one finds them mostly in the interior of the motus. They are detritivores and can eat plant debris or animals. They are generally of a brown color but they can also be orange, black, or reddish. Their scientific name is coenobita spinosus (spiked) because of their hairiness, they are also recognizable by their occipital bulging.