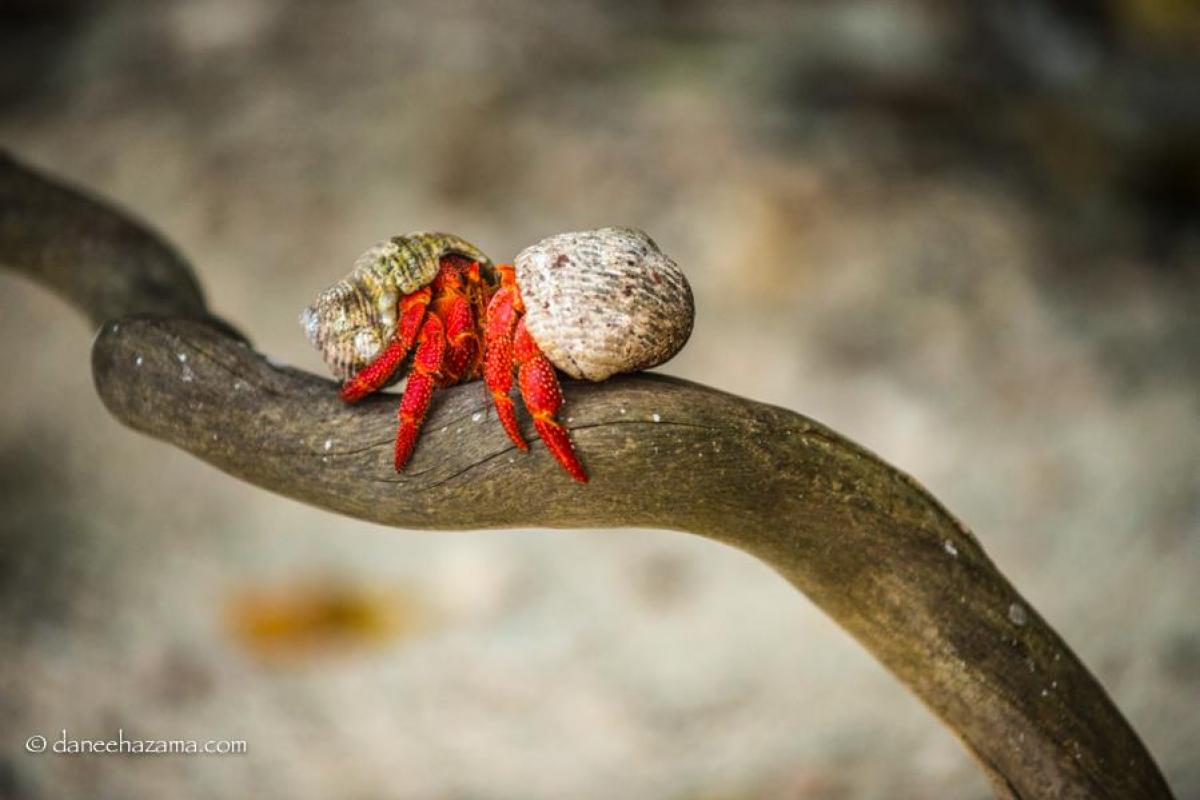 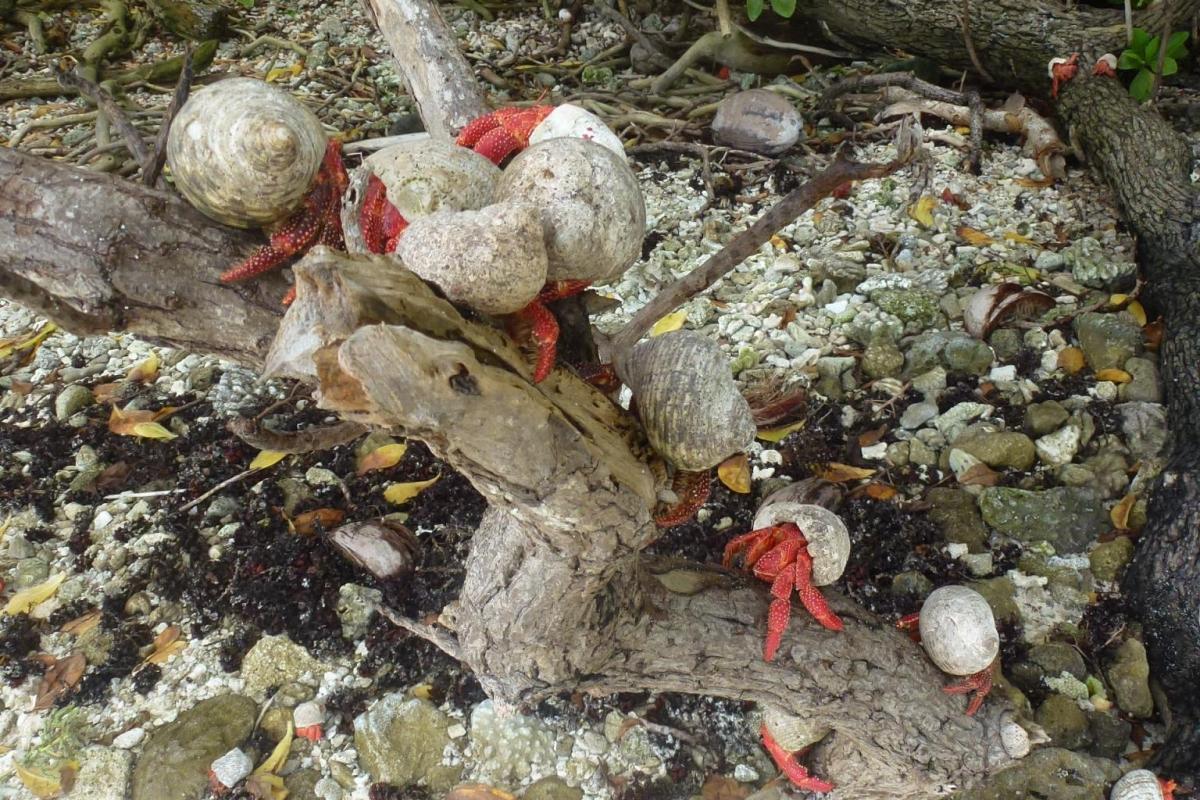 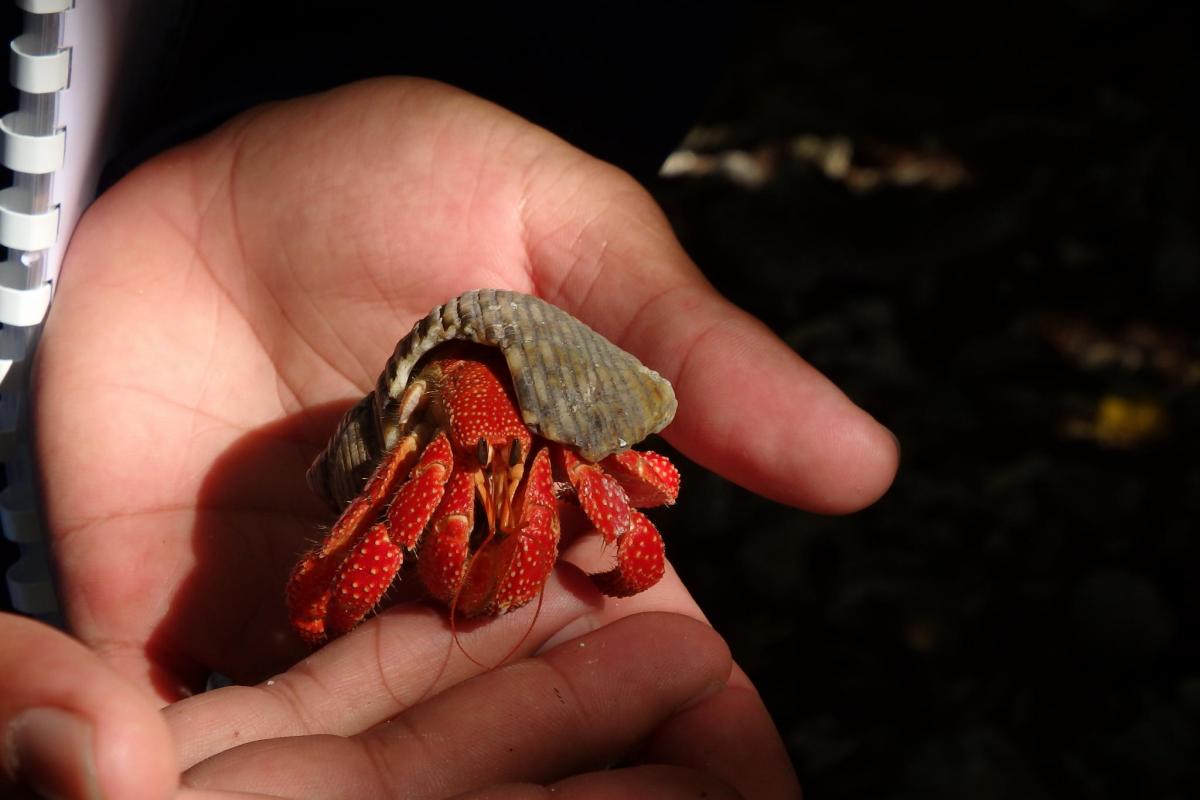 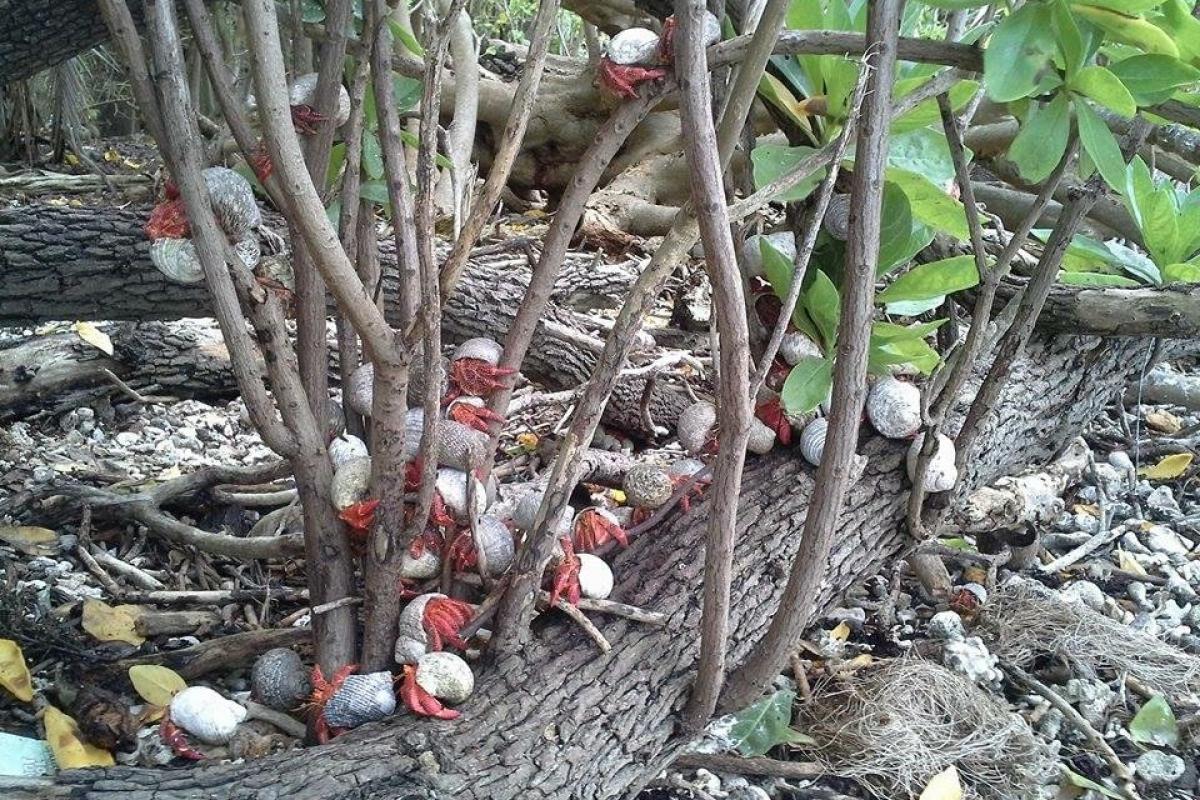 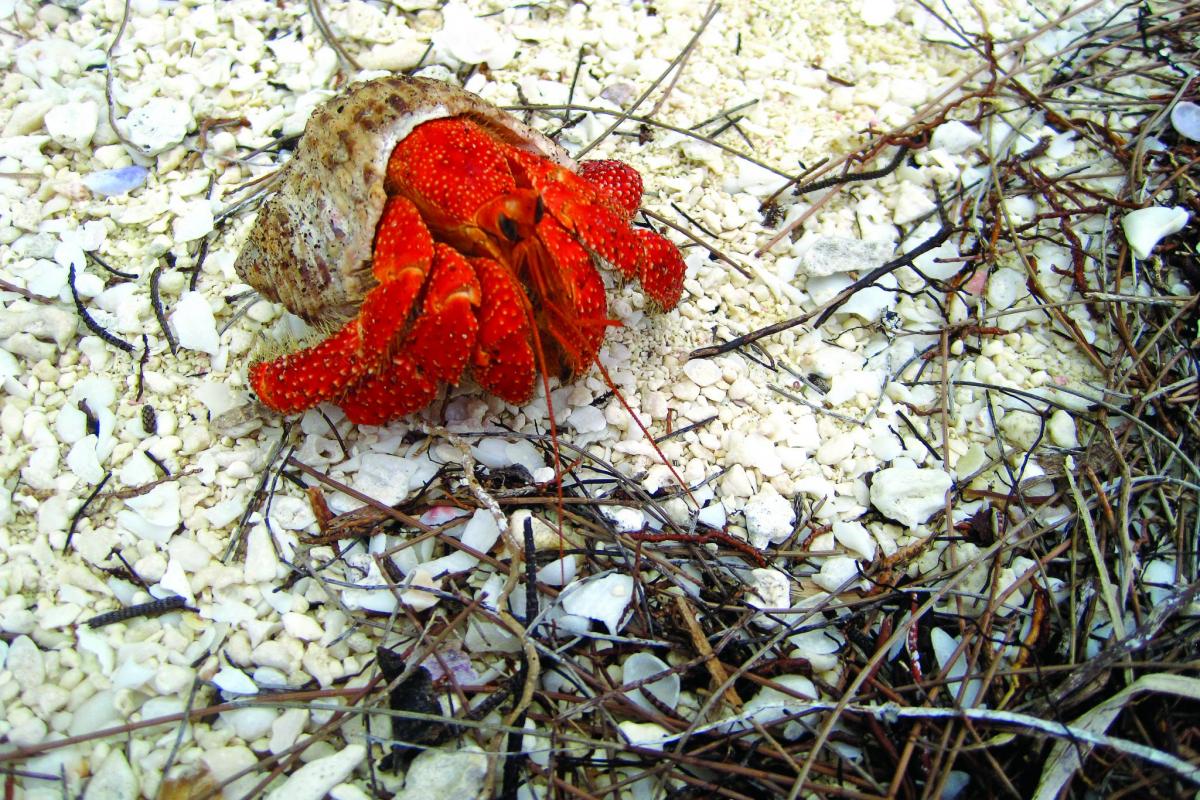 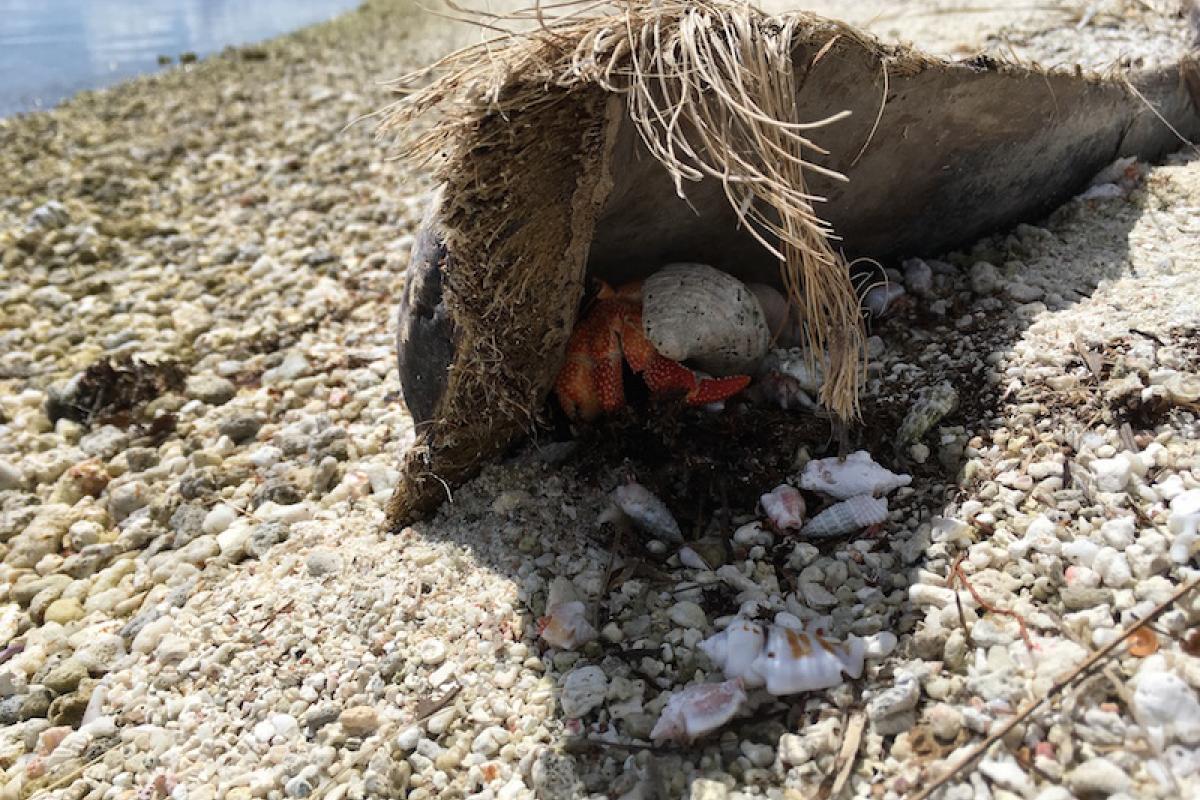 The strawberry hermit crab is an arthropod from the Coenobitidae family, like the coconut crab. It is called the strawberry hermit crab because of its color, which can range from orange to black, passing through an entire palette of reds, even bright red. It is indigenous, widespread in the Indo-Pacific, and very abundant in Tetiaroa (especially on Reiono). In terms of its habitat, it is often found close to coasts because it needs a regular source of sea water for internal osmoregulation and breathing. The hermit crab is equipped with a shell from a marine gastropod which it adapts to protect its soft abdomen. Its shell is used as protection from shock or drying out to preserve important organs like the liver and the gonads. The strawberry hermit crab is more active at night, like the coconut crab. It can live around 25-30 years in nature and measures around 80 mm. When mating time comes, the male deposits a spermatophore on the female who dissolves it to fertilize the eggs. After some time used taking care of the eggs, the females deposit them on a humid rock where they will rejoin the lagoon thanks to the rising tide. As for food, they are detritivores capable of eating all that is organic (ex: wood or dead animals).

Fun Fact: When they find shells that are bigger than their own, strawberry hermit crabs gather in a line from biggest to smallest, and when the biggest hermit crab changes its shell, the next one takes the newly empty shell and the rest of the line does the same thing in a chain reaction.