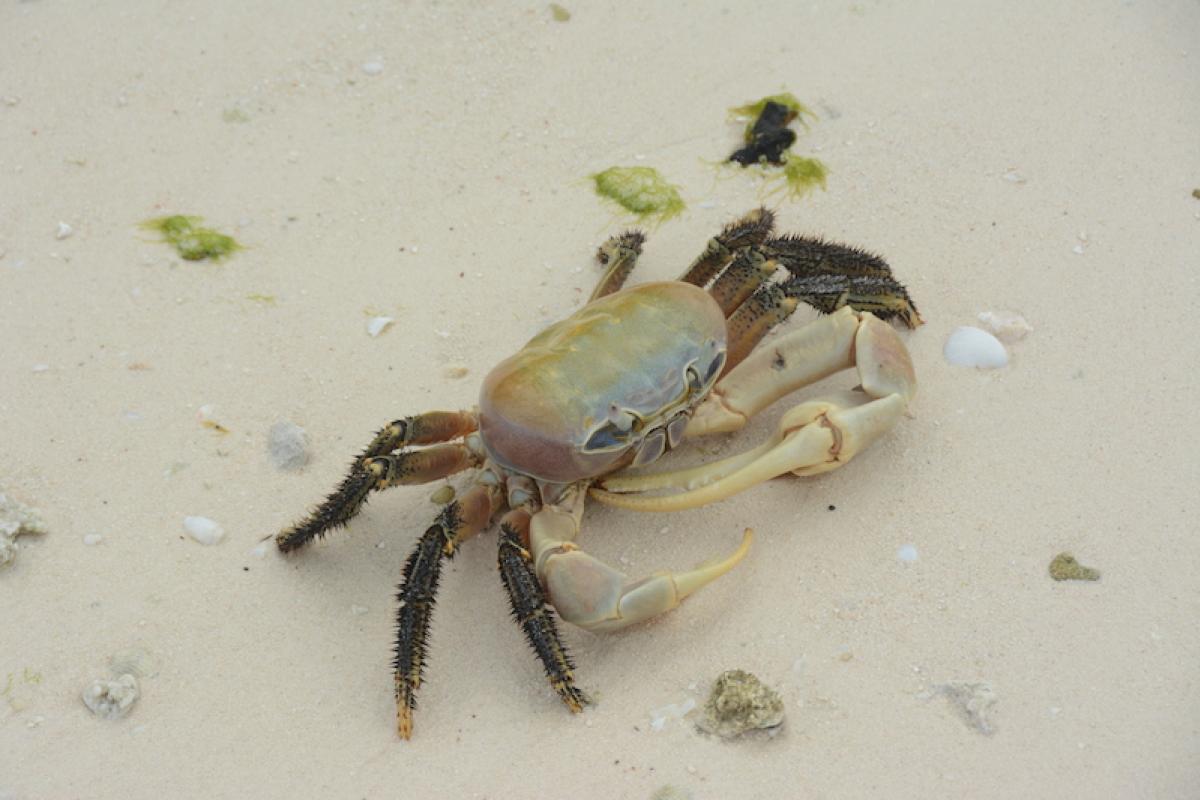 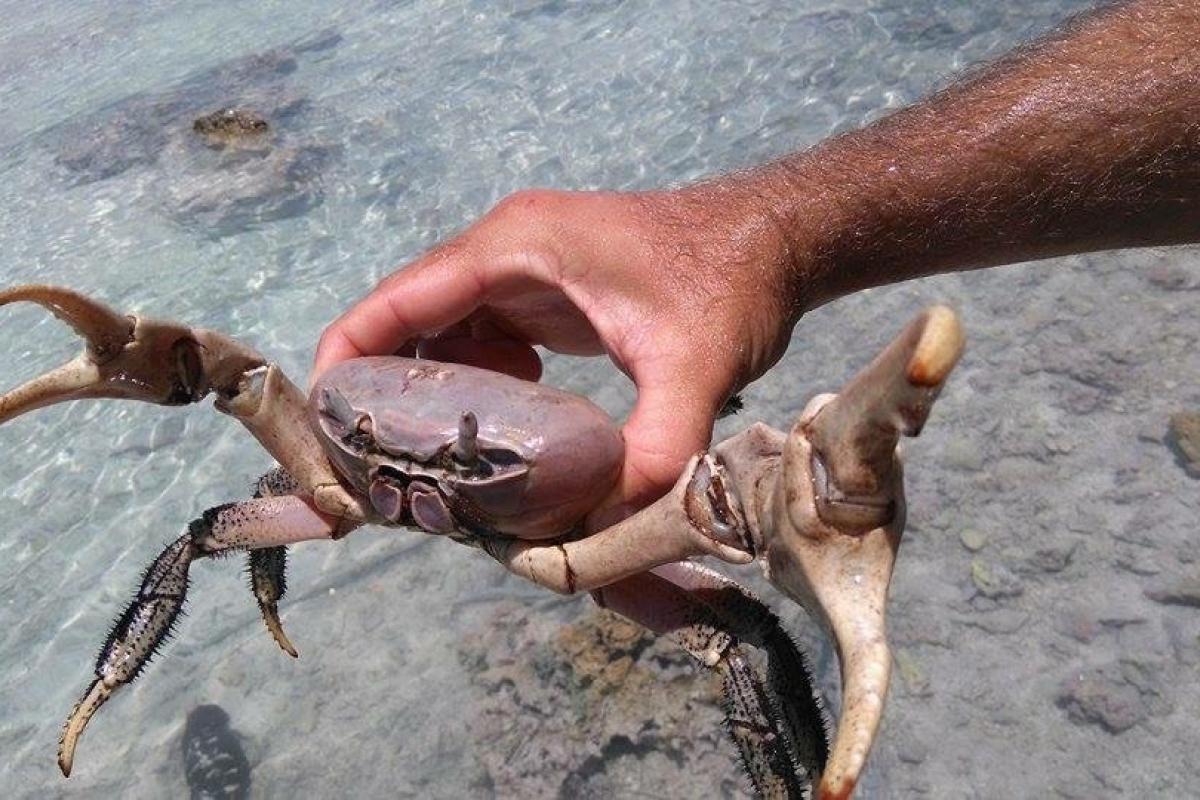 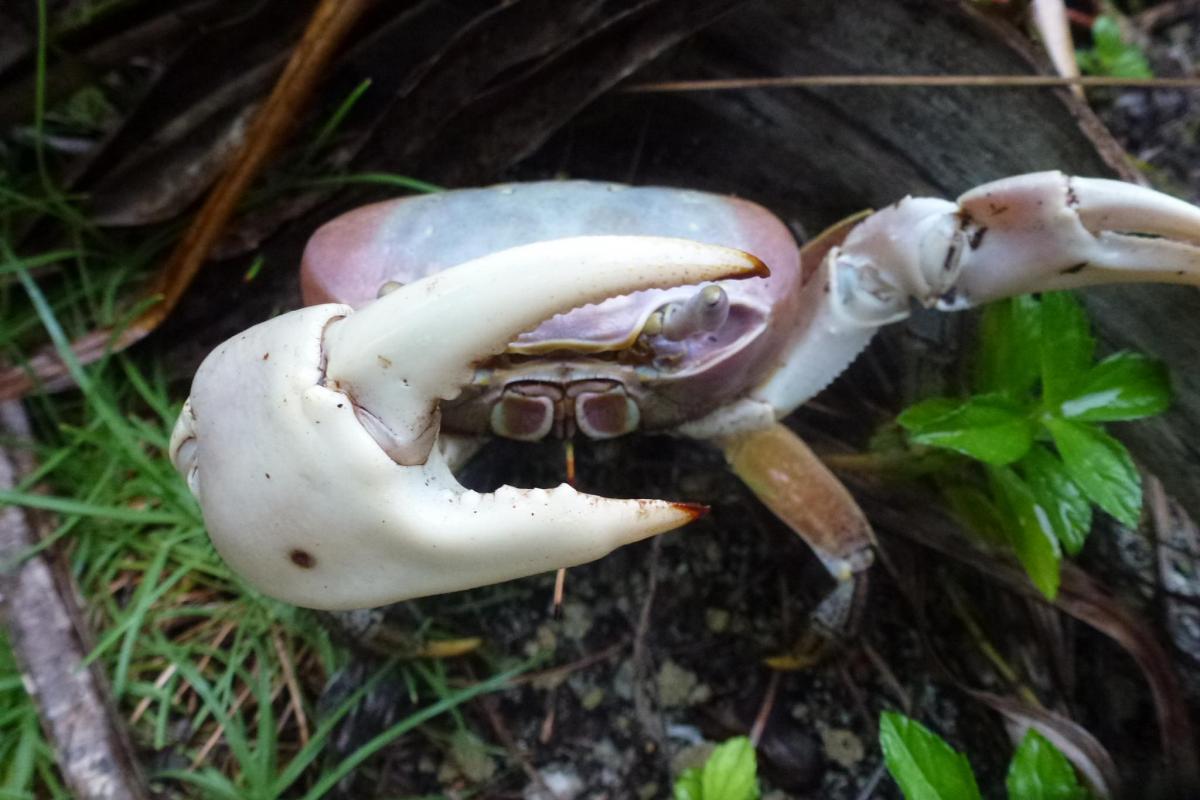 This is an extremely common crab in French Polynesia and is well known for being edible. However, before consuming this crab, it must be fed for a bit otherwise it could have a slight aftertaste. This is explained by its herbivore diet that occasionally can shift to omnivore. Its scientific name (cardisoma) comes from its shape (cardium: heart, soma: body). It usually is a reddish brown with pale yellow claws. In order to breath, this crab uses a branchiostegal lung like the coconut crab, which is an adaptation for life on land. This crab lives in the supra-littoral zone, just out of the reach of the high tide, at the back of the beaches, and around water pockets.

One claw may be significantly bigger than the other, a trait of the males; this is an example of sexual dimorphism that helps us identify the males from the females. In males, the small claw is used to feed itself while the female uses both for this function. This means that the males takes about twice as much time to eat as the female. The larger claw in the male is to impress females and to fight other males. These battles look more like dances where the two crabs open their claws wide and raise them to the sky while facing each other and circle around slowly. They can pinch or hit each other. Because of this dimorphism, this crab (along with a few other species) is called a fiddler crab. It is considered an emanation of the gods in Polynesian culture.