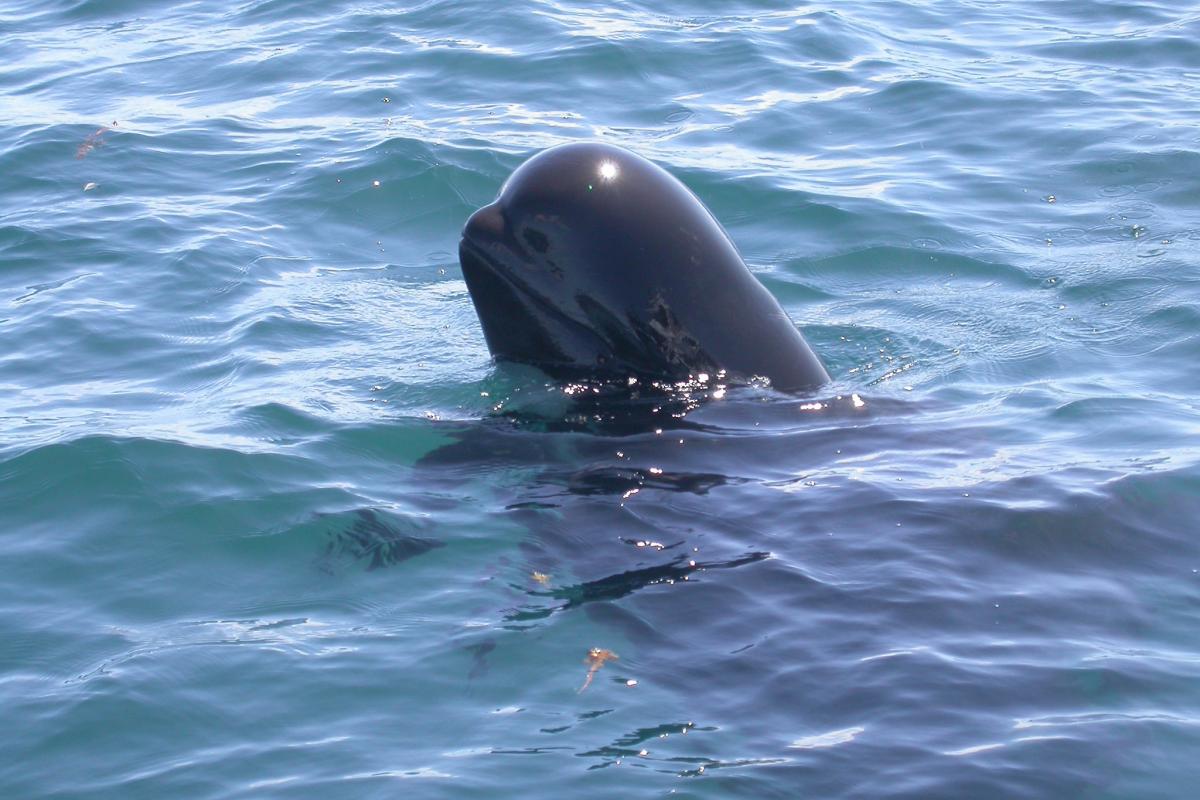 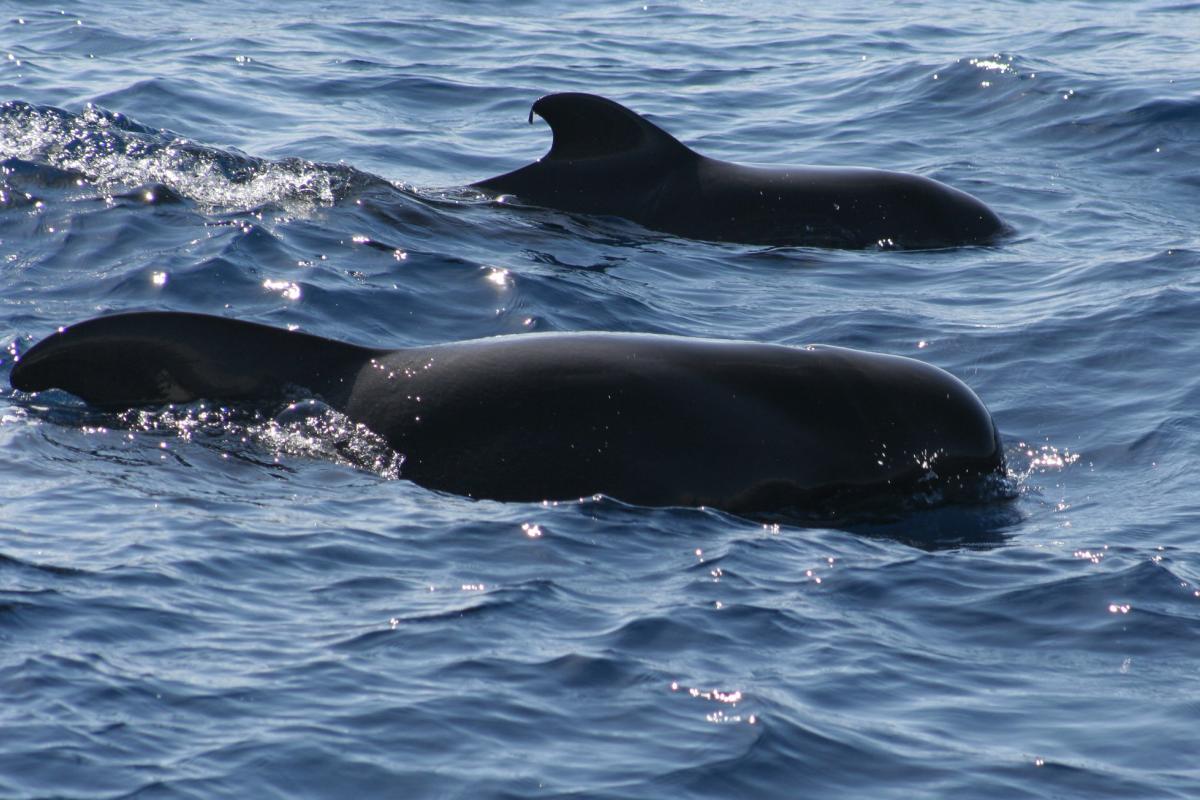 They have a bulbous melon head with no discernable beak. Their dorsal fin is located far forward on the body and has a relatively long base. Body color is black or dark brown with a large gray saddle behind the dorsal fin.

They are polygynous (males have more than one mate) and are often found in groups with a ratio of one mature male to about every eight mature females. Males generally leave their birth school, while females may remain in theirs for their entire lifetime.

Gestation lasts approximately 15 months while lactatation lasts for at least two years. The last calf born to a mother may be nursed for as long as 15 years. The calving interval is 3 to 9 years, but older females do not give birth as often as younger females. Maturity occurs around 10 years of age and maximum longevity is 45 years for males and 60 years for females.

They feed primarily on squid, but they may also feed on octopus and fish, all from moderately deep water of 1000 feet (305 m) or more. When they are swimming and probably looking for food, pilot whales form ranks that can be over a kilometer (more than 1/2 mile) long.