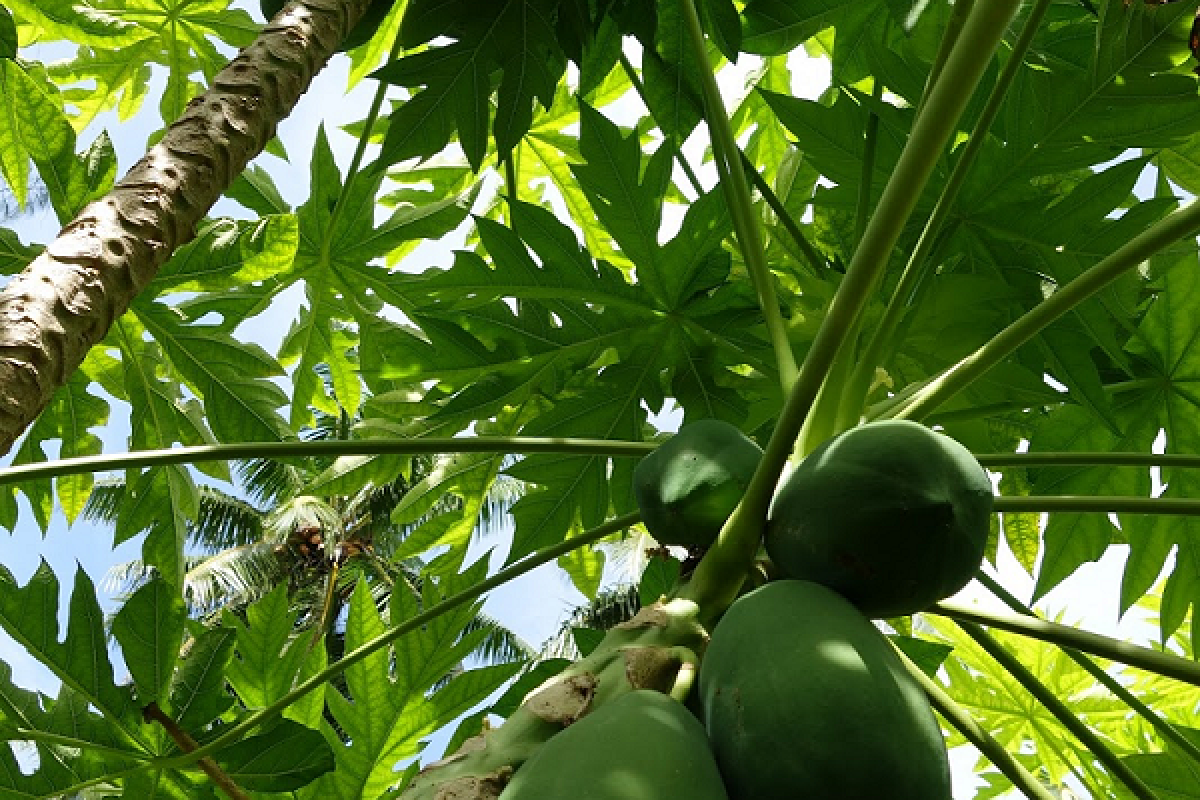 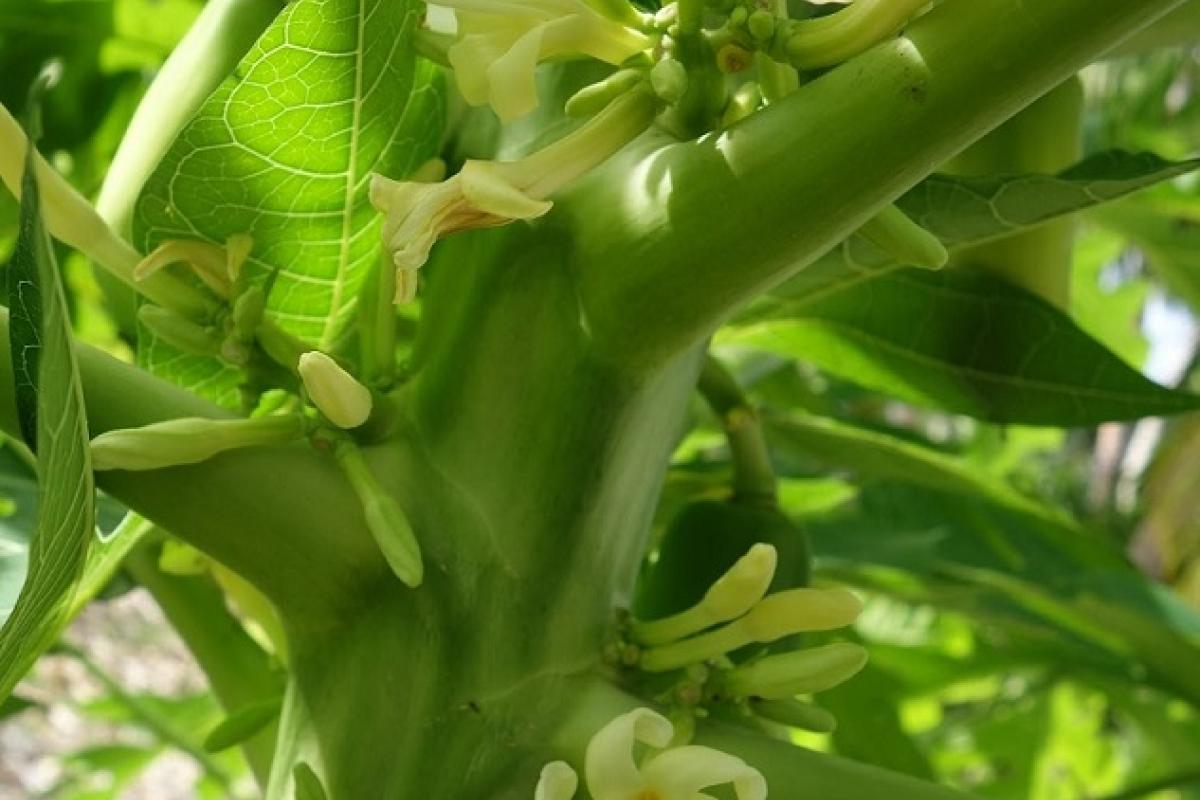 The papaya tree is an evergreen dicotyledonous plant. It can measure from 3 to 10 m tall. Its fruit has an orange flesh that is very sweet and rich in vitamin C (more than some citrus fruit) and provitamin A (carotene). This fruit tree is originally from Central America. Due in part to the shape of its fruit, the American Natives named it papaya which signifies, in the Guarani language, “fruit that resembles a breast full of milk”. Moreover, its white latex is reminiscent of breast milk. Christopher Columbus also gave it a name, “fruit of the angels”. The papaya is the 4th most commercialised tropical fruit in the world and is pricipley exported by Latin American countries. This tree has several uses, notably in pharmacopoeia where roots, flowers, fruit, seeds, and its latex have medicinal and  antiseptic properties. It also has positive effects on digestion thanks to its enzyme, papain, that digests proteins. In cosmetics it is used as a moisturizer among other things. Its leaves were notably used to make green dyes.