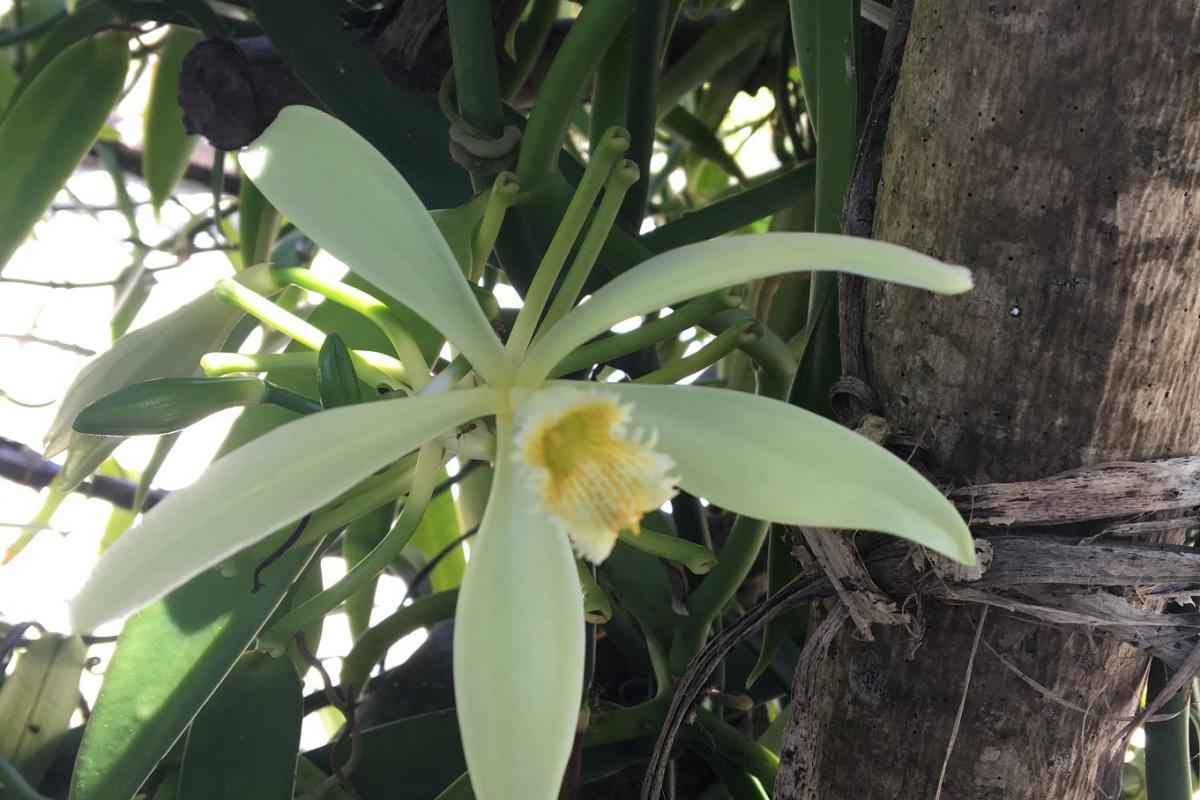 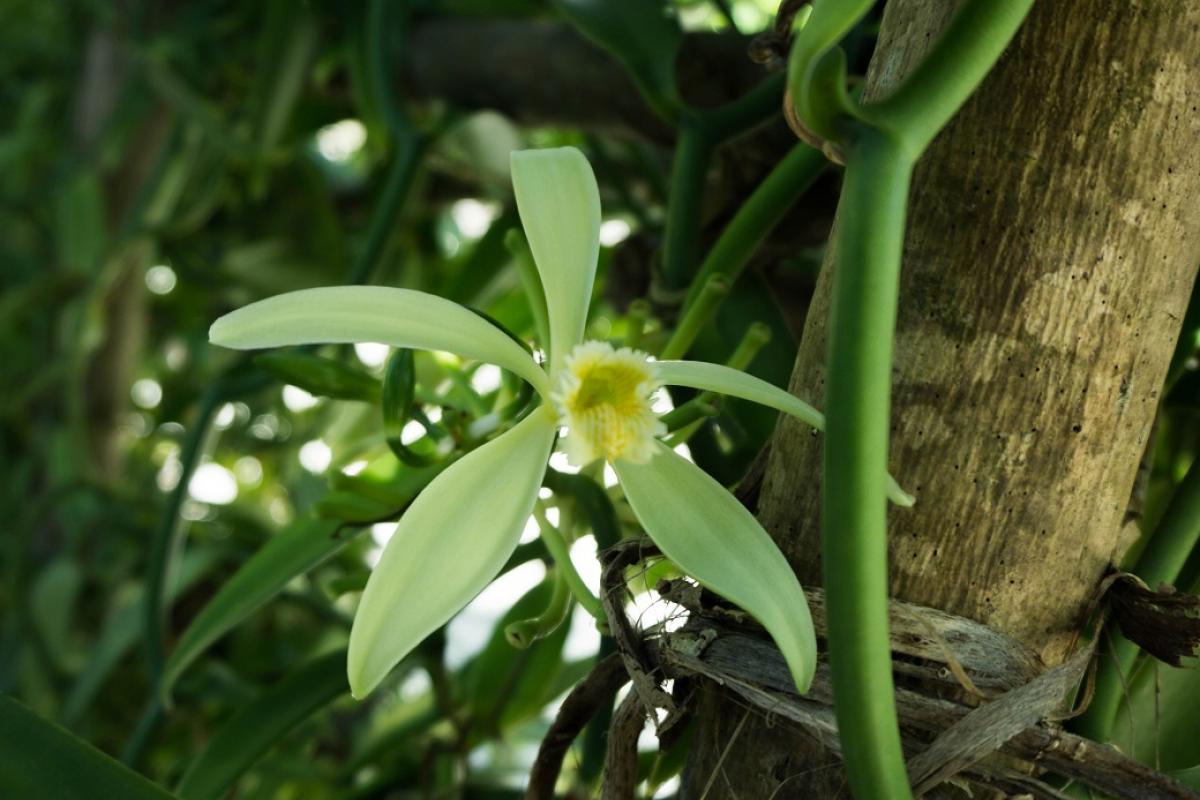 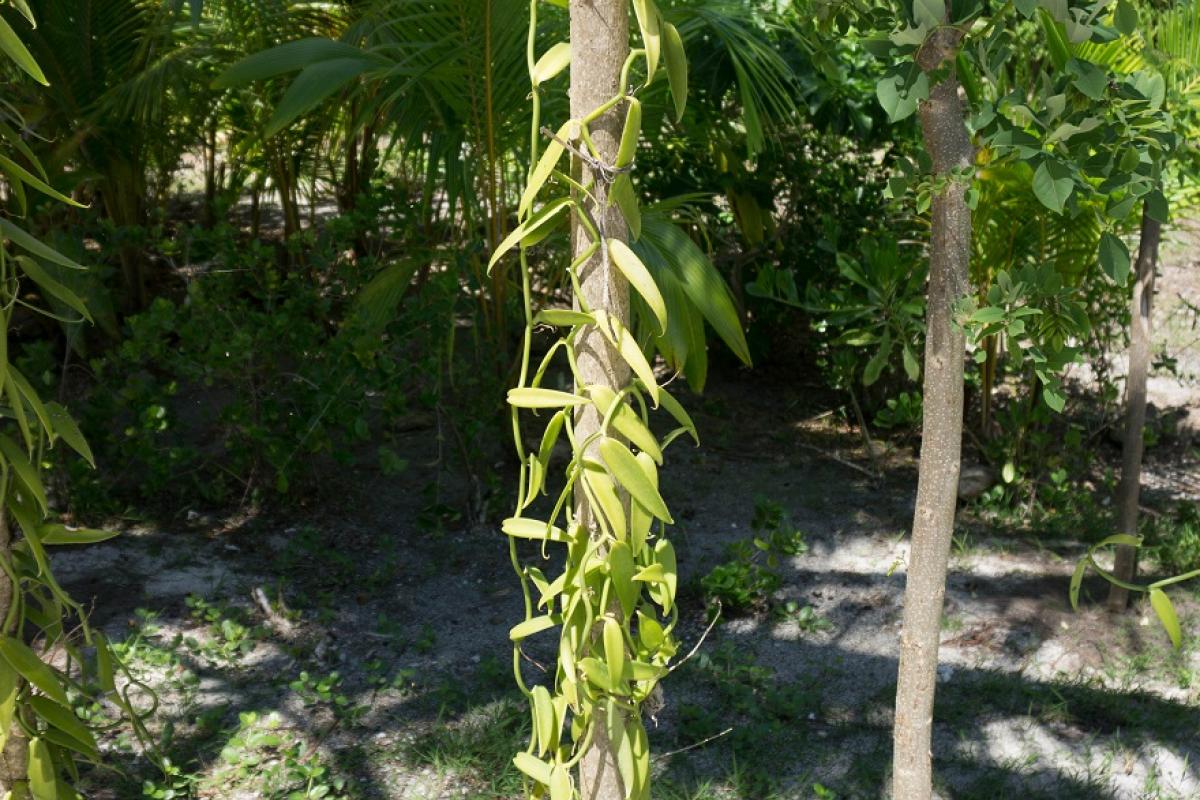 Vanilla x tahitensis, or Tahitian Vanilla is a hybrid between the Vanilla planifolia and Vanilla pompona (“vanillin”). It was introduced to Tahiti in 1848 by the Admiral Hamelin. In the 1950s, the second largest producer of vanilla was French Polynesia behind Madagascar. Today its production has dramatically reduced because of the price of labor and the low amount of vanillin which causes its aroma to be strongly aniseed compared to the Bourbon Vanilla. Vanilla grows in low and middle valleys in areas that are covered by forests. A vanilla plant can live for 10 years but does not produce vanilla for the first 3 or 4 years. The vanilla plant has to be pollinated by the Melipona bee, which is not present in Polynesia, so the pollination must be done manually, a process called “marriage”. Flowering and pollination begins in early September and continues to the end of December. Tahitian vanilla has to be picked when mature unlike other species which are harvested when still green. Each married flower produces one vanilla pod. After harvest, the pod matures after 8-9 months and changes from yellow to brown. Within the Vanilla x tahitensis the 4 varieties most exploited are: the tahiti, tiarei, haapepe, and potiti. The vanilla is a luxury good in that each step of the process is done meticulously, hence its high price.