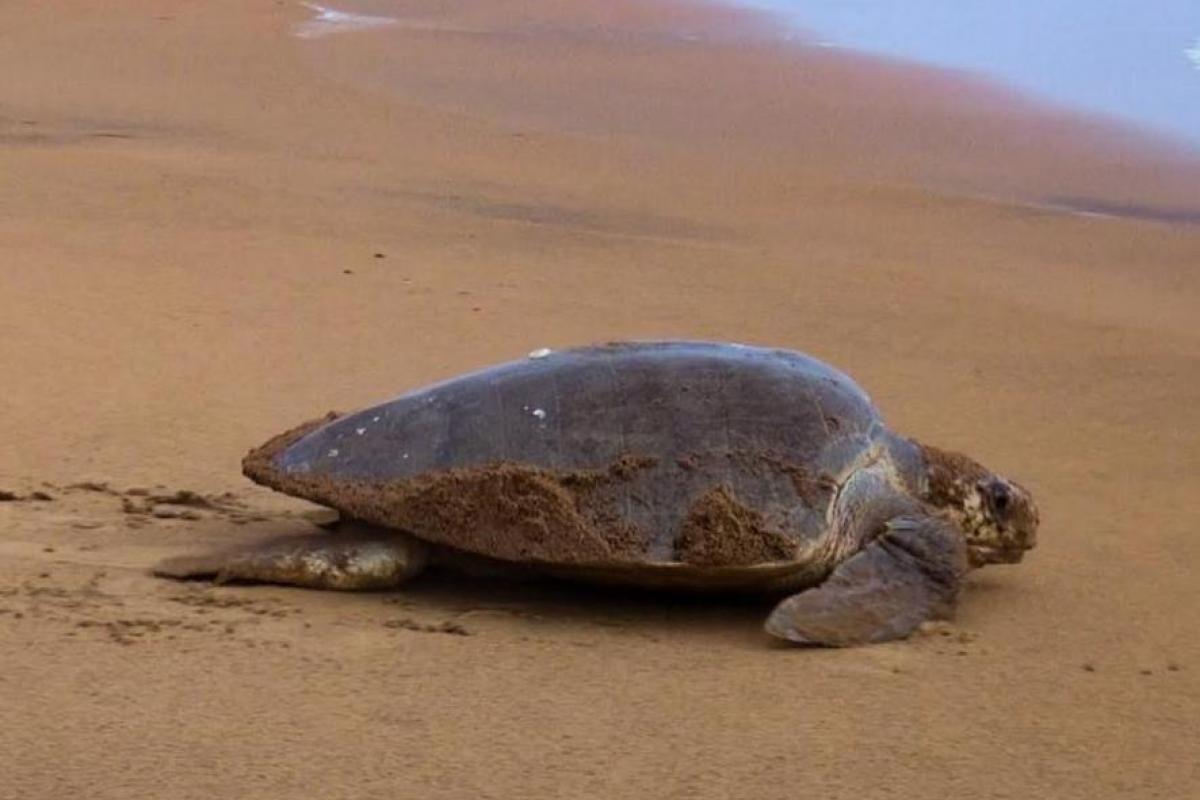 The Olive Ridley turtle is the smallest of the sea turtles and is one of the five species that can be found in French Polynesia. Its carapace is olive (which is at the origin of its name) and heart shaped. It is widespread in the Indo-Pacific and Atlantic excluding the Caribbean. Their known nesting areas are in Costa Rica, Mexico and India. Its diet consists of crustaceans, molluscs, fish, jellyfish but also algae and aquatic plants. They feed near the coast and also on the high seas, but also some adult specimens have been found more than 360 ft deep. For reproduction, they reach sexual maturity at the age of 7 to 9 years. During the laying season, females can lay in isolation but they are known to sometimes indulge in "arribadas" ( meaning: arrival in mass, in Spanish), which corresponds to moments during which hundreds of females come lay on the beach at the same time. it is oviparous and can go up two or three times to lay a hundred eggs each time. A male was caught off Tetiaroa in early 2018 and brought to the Moorea clinic, unfortunately he did not survive.